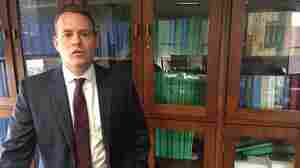 Oliver Potts, the director of the Office of the Federal Register, oversees the Electoral College. Brian Naylor/NPR hide caption

November 29, 2016 • The Electoral College is a process, not a place. In the wake of Trump's victory, the little-known agency that oversees it, the Office of the Federal Register, has been inundated with emails. 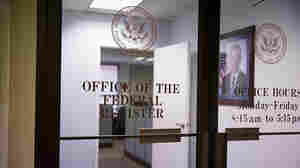 November 25, 2016 • One reason there are so many regulations is that there are many obstacles to removing them.

November 23, 2016 • President-elect Donald Trump wants to undo two regulations for each new one that is issued. Republicans have a long list of rules they'd like to rescind on issues like the environment and labor. 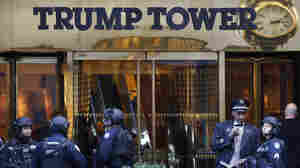 November 17, 2016 • The president-elect's team is rolling out staff to carry out the transition with Obama administration staff at various agencies, as Trump talks with more world leaders and potential Cabinet picks. 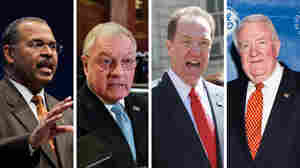 November 16, 2016 • A fair number are Washington insiders, according to an organization chart of the team obtained by NPR. That's surprising for a candidate who pledges to "drain the swamp." 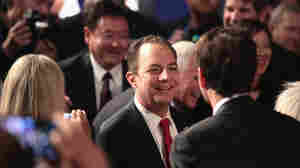 November 14, 2016 • Priebus, chairman of the Republican National Committee, stayed on good terms with Donald Trump as the nominee and made sure the party's apparatus backed up Trump. 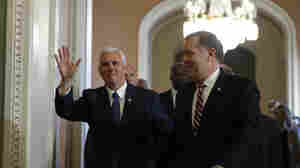 November 11, 2016 • The vice president-elect will replace New Jersey Gov. Chris Christie, as Trump moves quickly to piece together his administration. Christie will stay on as a vice chairman. 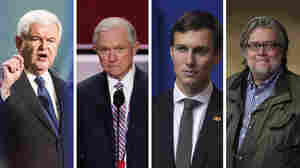 Who Might Be In Donald Trump's Cabinet? Plus, More About The Transition

November 10, 2016 • The election just ended and the new president doesn't even take office until Jan. 20. But the transition from 44th to 45th president is already consuming Washington. 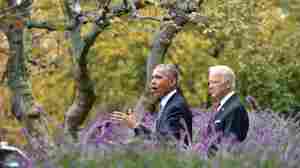 November 9, 2016 • President Obama spoke on Wednesday, a day after the candidate he hoped would carry on his legacy suffered a devastating loss to Donald Trump. 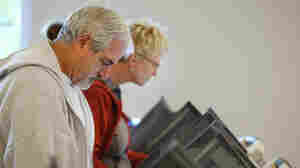 November 5, 2016 • Nearly all 50 states have asked for federal assistance in protecting their voting systems and Ohio has asked the National Guard for help.

November 4, 2016 • Forty six states have asked the Department of Homeland Security for help in protecting their voting systems from hacking. In Ohio, a cyber unit of the National Guard has been enlisted.

October 31, 2016 • The man who oversees the federal government's computer infrastructure is seeking more than $3 billion to upgrade and make the system more secure. He says trying to make current computers, some of which are decades old, safe from hacking is like trying to put airbags in an old car. 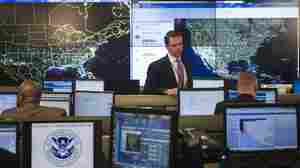 October 27, 2016 • Protecting decades-old systems from hackers is like "trying to put air bags into an old car," the government's chief information officer says. The administration proposes $3.1 billion in upgrades. 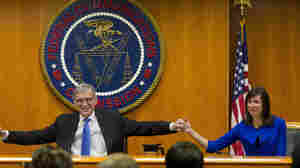 October 27, 2016 • Internet service providers will have to ask consumers before collecting and selling their data. However, the new rules do not apply to Google, Facebook and other tech giants.