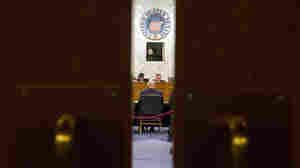 Director of the National Intelligence James Clapper, seated at the table meets with the Senate Intelligence Committee Feb. 9, including Chairman Richard Burr, R-N.C. Burr and the committee's minority leader, Sen. Dianne Feinstein, D-Calif., are working on a bill that would force companies like Apple to help prosecutors unlock the phones of criminal suspects. Alex Brandon/AP hide caption

February 25, 2016 • National security hawks want a bill that would order tech companies to open phones for law enforcement; other legislators think a panel should dig into the subject and make recommendations first. 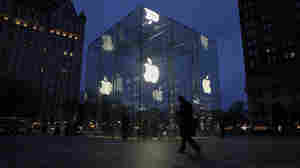 February 19, 2016 • Whatever Congress might come up with would certainly be controversial — and this is an election year. That hasn't stopped some lawmakers from taking sides in the privacy vs. national security debate. 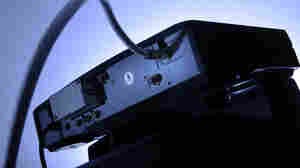 In a proposal the FCC is launching Thursday, you'd be able to own your own cable box instead of renting it from your provider. Matt Rourke/AP hide caption

February 18, 2016 • A proposal being launched Thursday could result in boxes that subscribers could buy, not just rent, and that could provide streaming online content alongside traditional cable channels. 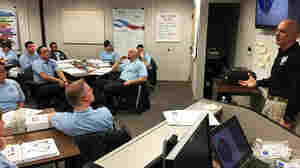 February 8, 2016 • Tuesday is the 100th anniversary of the New Hampshire primary. NPR talks to New Hampshire's secretary of state, who for four decades has defended the primary's first-in-the-nation status against critics who say the state isn't representative of the U.S. as a whole. 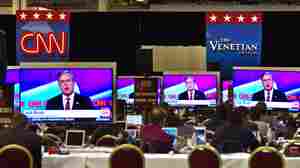 Cable TV News Named As Most Helpful Source This Election

February 4, 2016 • A new survey from Pew Research Center finds a high level of engagement in election news. In addition to cable TV, social media and radio are still important sources for many. Print media, not so much. 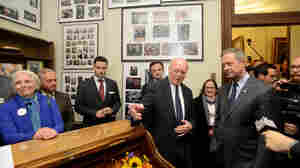 February 4, 2016 • Bill Gardner is the longest-serving secretary of state in America. He's also one of the most powerful. He alone can move the primary. Critics call him autocratic; he says he's following the law. 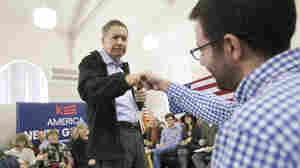 John Kasich fist bumps an attendee as he speaks during a campaign stop at the Historical Society of Cheshire County in Keene, N.H., on Saturday. John Minchillo/AP hide caption

Leaving Iowa Behind, John Kasich Fights On In New Hampshire

January 30, 2016 • The Ohio governor is looking to break out in the Granite State's primary on Feb. 9 by consolidating support of moderate Republican voters. 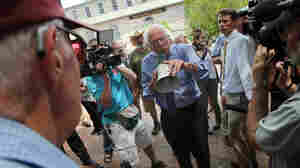 A New Hampshire primary event is "immediately recognizable," David M. Shribman writes in the Boston Globe. There are baseball-capped old people and banner-waving young people — and candidates putting in long hours of face time. Here, Bernie Sanders speaks to an overflow crowd through a megaphone after a campaign event at the New England College on May 27, 2015, in Concord, N.H. Win McNamee/Getty Images hide caption

#NPRreads: 4 Pieces To Ponder This Weekend 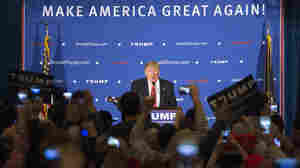 January 29, 2016 • Campaigning in New Hampshire, he takes more swipes at rival Ted Cruz's eligibility to be president, calling him "an anchor baby in Canada." 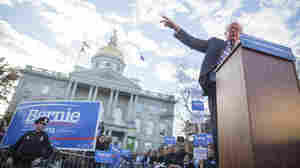 Democratic presidential candidate Bernie Sanders, shown here at a rally last November in Concord, N.H. "Why people are so angry is, they're working harder and harder [and] many of them are slipping into poverty. Everyone is worried about the future of their kids," he said this week. Scott Eisen/Getty Images hide caption

This Election, Anger And Frustration Aren't Just On The Right

January 22, 2016 • Much of the talk of anger in the 2016 presidential race has focused on supporters of Donald Trump. But there's also frustration and anxiety among liberals who support Bernie Sanders.

This Election, Anger And Frustration Aren't Just On The Right

Clinton, Sanders Step Up Attacks As Iowa Caucuses Near

January 21, 2016 • It's the final stretch in Iowa. In a little over a week, people will cast the first votes of this election — and, on the Democratic side, Hillary Clinton and Bernie Sanders find themselves in a very tight race and stepping up attacks and changing tactics.

Clinton, Sanders Step Up Attacks As Iowa Caucuses Near

January 8, 2016 • The government is giving states a deadline to comply with the "Real ID Act," which requires driver's licenses meet certain security standards. But some states are balking, citing privacy concerns. 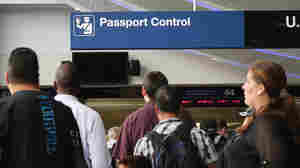 December 25, 2015 • Some dual citizens who used to be able to visit the U.S. under a "visa waiver" program no longer qualify. The new law requires extra screening for people with Iraqi or Syrian citizenship, for example.

December 24, 2015 • GOP presidential candidate Carly Fiorina is best known as the former head of Hewlett-Packard. We explore where she got her start in business. (This piece initially aired on Sept. 15, 2015 on ATC.)