Parents May Be Giving Their Children Too Much Medication, Study Finds

September 19, 2016 • The biggest mistake parents make is overdosing. Part of the problem is that the spoons and measuring cups the parents use are not accurate. Researchers suggest using a syringe instead.

Parents May Be Giving Their Children Too Much Medication, Study Finds 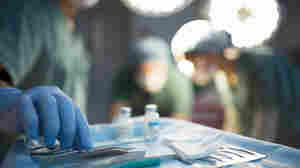 September 5, 2016 • Earlier studies suggested that most people put the pounds back on, but a large study that followed people for a decade after bariatric surgery found that the vast majority avoided gaining weight.

August 15, 2016 • With all the concern about opioid addiction, some patients are worried and want to stop taking powerful medication. Tapering the drugs gradually may be a better way to do that than going cold turkey. 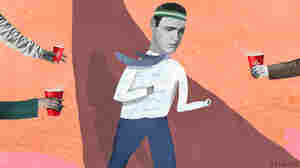 July 18, 2016 • A recent poll shows stress tops the list for people concerned about the impact of their job on their health. Workplace wellness programs often address stress, but many employees don't sign up. 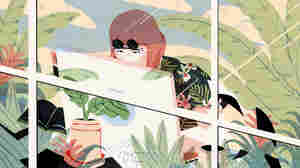 July 12, 2016 • And they're not unplugging from email and text messages when they do get away, an NPR poll finds. "So they're taking their stress along with them wherever they go," says a Harvard scientist. 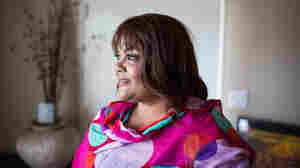 May 30, 2016 • Many women and even doctors underestimate a woman's heart attack risk, research shows, as they focus on weight and breast health instead. Tiny damaged arteries in the heart may not show up in scans.

May 9, 2016 • Researchers from Oregon State University find that when healthy adults work one year past the typical retirement age of 65, they increase their odds of living longer. 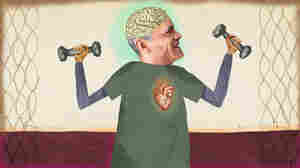 May 2, 2016 • Choosing a heart-healthy lifestyle can help protect your brain as you age, research suggests. And it's not just memory skills that benefit. Problem-solving abilities and judgment are preserved, too. 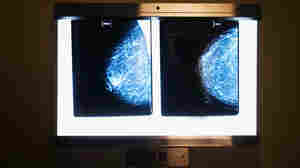 April 26, 2016 • Half of states require that women who get mammograms be notified if they have dense breasts because they increase cancer risk. But the letters are often jargony and hard to understand, a study finds. 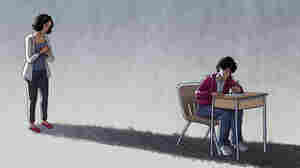 Kids' Grades Can Suffer When Mom Or Dad Is Depressed

April 4, 2016 • Children with a depressed parent do worse in school than peers, a study finds. But other research shows that early diagnosis and treatment can help turn that around for the whole family.

Kids' Grades Can Suffer When Mom Or Dad Is Depressed

When It Comes To Desks, Sitting Is Bad, But Standing May Not Be Better

March 21, 2016 • Look around any office and you'll see them: standing desks. They're a craze in workplace fitness. A new study finds these desks may be fashionable but they're not proven good for your health.

When It Comes To Desks, Sitting Is Bad, But Standing May Not Be Better

How To Pick A Tooth Paste

March 14, 2016 • Go to any pharmacy or grocery store and stand in front of the toothpaste aisle and you will face an overwhelming array of choices. Each brand has a plethora of options

How To Pick A Tooth Paste 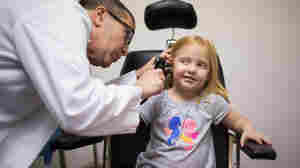 March 7, 2016 • A recent poll shows 27 percent of Americans have visited an urgent care center in the past two years. Why? Most cite convenience. 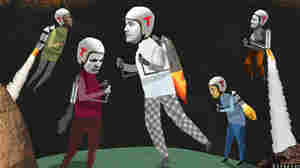 February 17, 2016 • A man's testosterone level drops as he ages, but boosting it with supplements has been controversial. The first year of data from a big study now suggests a modest boost in libido for some men. 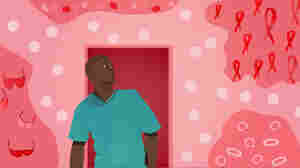 When Men Get Breast Cancer, They Enter A World Of Pink

February 8, 2016 • Most breast cancer cases are in women, so treatment and support are geared toward them. Men with breast cancer can feel isolated. One man was given a pink ice pack.

When Men Get Breast Cancer, They Enter A World Of Pink