Accessibility links
Fiona Ritchie Fiona Ritchie has been host of The Thistle & Shamrock since she created the popular, weekly one-hour series on Celtic music early in the 1980s. The show is now one of NPR's most widely broadcast music series. 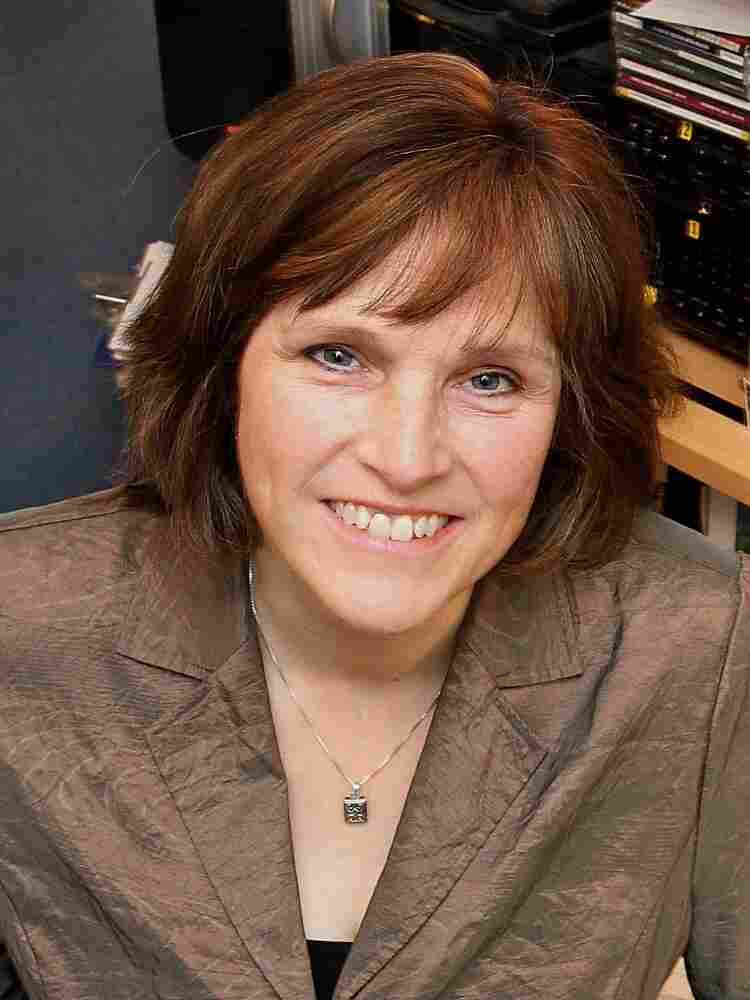 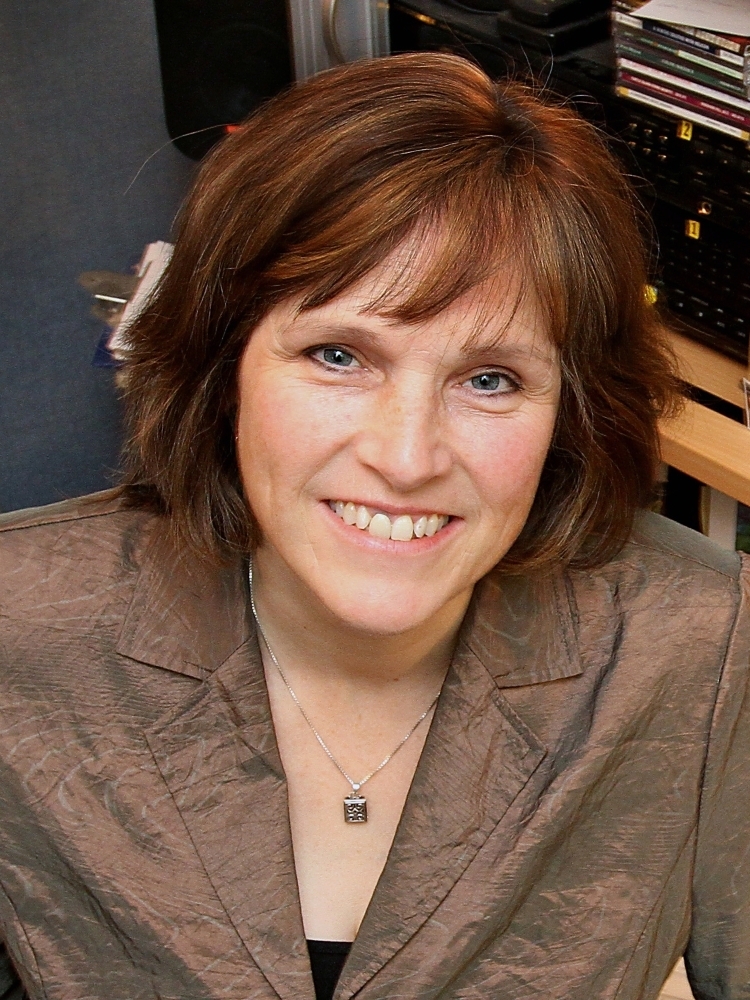 Fiona Ritchie strolls along the main street of a small village in rural Scotland and steps through the plain doorway of an 18th century stone building. Passers-by would find it difficult to imagine what this simple gesture initiates: a weekly connection with devoted public radio listeners throughout the United States. In over two decades of broadcasts, Ritchie's radio program The Thistle & Shamrock has become one of NPR's most widely heard and best-loved music programs. She has entered the lives of millions of Americans by way of an inconspicuous studio door, thousands of miles away in Scotland.

Ritchie has come full circle to re-settle and create her radio programs at home in Scotland. Along the way she has forged a strong association with the United States, her adopted homeland, and made a unique contribution to the American airwaves.

Born in Greenock, Scotland, in 1960, Ritchie spent her childhood in nearby Gourock, a coastal town on the banks of the busy River Clyde on the country's west coast. In a household where the strains of the BBC's "Home Service" soundtrack her early memories, Ritchie developed an appreciation for music and a love of radio. Her mother's passion for the songs of Robert Burns, and Ritchie's participation in a prominent youth choir nurtured a particular interest in folk music of the British Isles. In 1977, she entered Scotland's University of Stirling to embark upon a course of study in Scottish and English literature, and was later drawn to psychology as her major area of study.

Three years later, Ritchie accepted a six-month position in the U.S. as a teaching assistant in the psychology department of the University of North Carolina at Charlotte. She returned to Stirling and graduated in 1981 with honors in psychology. That same year, Ritchie went back to Charlotte and soon joined the team at new NPR member station WFAE-FM.

By the end of the year, she had debuted on the air with the earliest version of The Thistle & Shamrock, featuring music drawn from a small number of vinyl albums that reminded her of home. In 1982 Ritchie was appointed WFAE's Director of Promotion and Development. In 1983 The Thistle & Shamrock, already a weekly WFAE offering, began national distribution; Ritchie became full time producer and host of the show in 1986.

During her stay in North Carolina, Ritchie maintained a base in Scotland and travelled throughout Britain to keep in touch with musical developments and contacts. In 1989 and 1990, she visited 22 U.S. cities with The Thistle & Shamrock Concert Tour, a live showcase of singers and instrumentalists heard on the radio shows.

In the summer of 1990, Ritchie moved program production to the musical hub of Edinburgh, Scotland. More recently, the mother of two has re-located with her family to rural Perthshire, another landscape steeped in traditional music and a destination for travelling musicians from around the world. On return trips to the United States, Ritchie has visited and raised funds for NPR member stations from Louisiana to Alaska, and hosted festival concerts from Wolf Trap Center for the Performing Arts to Chicago's Grant Park.

Ritchie's awards include four World Medals from the New York Festivals' International Competition for Radio Programming, and a Flora Macdonald award from St. Andrew's Presbyterian College, which also conferred upon her the degree of honorary doctorate. Hundreds of Thistle & Shamrock tapes and vinyl albums, along with concert recordings, playlists, newsletters, and related materials are now part of a working archive in the Scottish Heritage Center at St. Andrews College. The archive is open to anyone interested in studying the rich heritage of Celtic music.

Fiona Ritchie has presented numerous programs for BBC Radio Scotland and BBC Radio 2, launching the now established Radio Scotland world music series "Celtic Connections" in 1993. She has produced and presented many live concert performances and broadcasts, including a musical event for HRH Prince Charles in 2001 at Holyrood Palace in Edinburgh, and has acted in an advisory capacity for arts organizations in the U.S. and U.K., including serving on the Scottish advisory committee for the British Council. In 2003 Ritchie served as advisor to the Smithsonian Folklife Festival, and the Smithsonian Institution Center for Folklife and Cultural Heritage honored her for "creating an on-air community, serving as a musical ambassador, and connecting listeners with the best of traditional and contemporary artistry." In 2003 Ritchie offered NPR's first mp3 free music download in a specially commissioned recording. She has also produced several CD compilations, and authored a volume on Celtic music for the NPR Curious Listener's Guide book series, published in 2005. 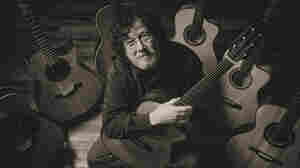 Grammy-winning guitarist Al Petteway is featured on this week's episode of The Thistle & Shamrock. Courtesy of the artist hide caption

July 25, 2018 • Join Fiona Ritchie to uncover the deep roots that run through a family tree of songs from Scotland and Ireland to the Southern Appalachians. 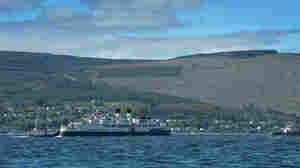 June 13, 2018 • It's all hands on deck with William Jackson, Abby Newton, Enya and several others all helping host Fiona Ritchie to project her musical images. 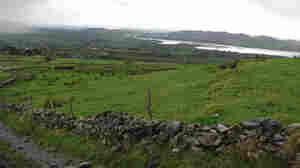 November 16, 2012 • Welcome to ThistleRadio, a 24/7 channel devoted to Celtic roots music, curated by Fiona Ritchie of The Thistle & Shamrock. 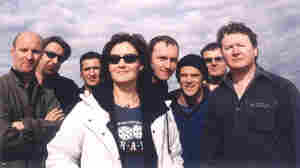