Accessibility links
Peter Sagal Peter Sagal has been the host of Wait Wait... Don't Tell Me! since May 1998. 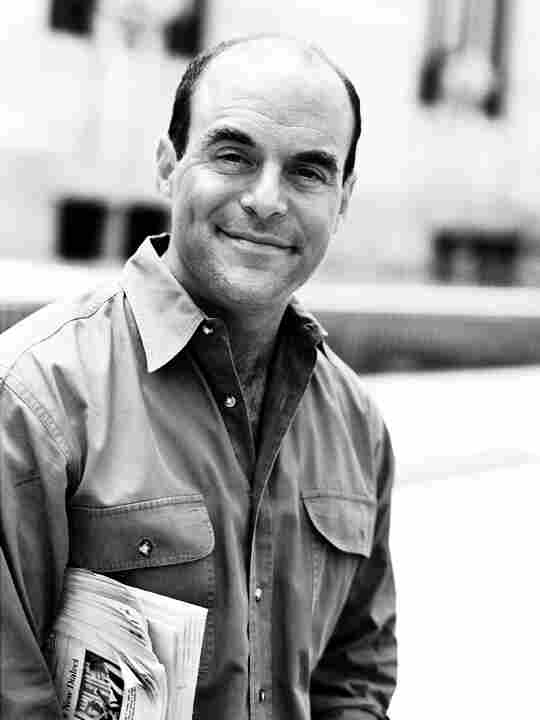 As a playwright, his work has been produced or commissioned by the Long Wharf Theater, Seattle Rep, Actor's Theater of Louisville, Florida Stage, and many others here and abroad, and he's won awards from the Lannan Foundation, the Eugene O'Neill Theater Center, and fellowships from the Camargo and Jerome Foundations. His screenwriting career began and pretty much ended with Dirty Dancing 2: Havana Nights, which he wrote without meaning to.

In 1997, Peter got a call from a friend telling him about a new show at NPR, which was looking for "funny people who read a lot of newspapers." He auditioned and appeared as a panelist on the first broadcast of Wait, Wait... Don't Tell Me! in January of 1998, and moved with his family to Chicago to become the host in May, alongside the original judge and scorekeeper, Carl Kasell. In the two decades since, he has traveled the country with the show, playing in venues such as the Pritzker Pavilion at Millennium Park, Red Rocks, Tanglewood, the San Francisco War Memorial Opera House, and Carnegie Hall. He's interviewed two Presidents; a number of Nobel Prize winners; astronauts and rocket scientists; musicians Elvis Costello, Yo Yo Ma, and Ice Cube; actors Tom Hanks and Scarlett Johansson; and many, many others. Wait, Wait has grown from 50,000 weekly listeners on nine stations at its launch to over five million listeners on more than 700 stations, making it the most-listened-to hour in public radio. This, however, has not gone to his head.

In 2008, he accepted a Peabody Award on behalf of the panelists, crew, and producers of this show. He's also won the Kurt Vonnegut Award for Humor from the Kurt Vonnegut Library. He's the author of The Book of Vice: Naughty Things and How To Do Them and The Incomplete Book of Running, a memoir about the 2013 Boston Marathon bombing and other adventures while running long distances. He's contributed essays to Opera News, Saveur, Finesse, The New York Times Magazine, and was the "Road Scholar" columnist for Runner's World.

On TV, Peter has made appearances on Late Night with Jimmy Fallon and other shows, and hosted Constitution USA with Peter Sagal for PBS and National Geographic Explorer for the NatGeo Channel. He also appears on a narrowly popular podcast, Nerdette Recaps Game of Thrones with Peter Sagal, because he is a giant nerd.

He has three daughters, Rosie, Gracie and Willa, and lives in the Chicago area with his wife Mara and two dogs, DeeDee and Dutchie, who like to see their names in print. 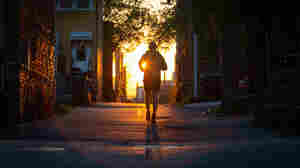 How To Start Running With Peter Sagal's 3 G's

April 23, 2020 • Exercise is considered an essential activity during this pandemic. But what if it's the first time you'll be going for a jog? Avid runner and host of Wait Wait...Don't Tell Me!, Peter Sagal gives his pitch for why you should start running and three steps to get you there.

How To Start Running With Peter Sagal's 3 G's 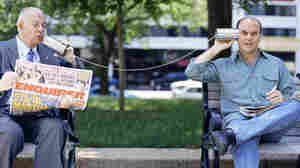 On Tuesday we lost a colleague. Carl Kasell (left) was an NPR newscaster for decades and then became judge and official scorekeeper for Wait Wait... Don't Tell Me! He died from complications of Alzheimer's disease at age 84. Wait Wait host Peter Sagal (right) says he loved how much Carl enjoyed himself. NPR hide caption

April 17, 2018 • In the 16 years they worked together, Wait Wait... Don't Tell Me! host Peter Sagal can't remember the longtime NPR newscaster having a sharp word for anyone. Ever. Kasell died Tuesday at age 84.

A Preview Of The New Season Of 'Game Of Thrones'

July 14, 2017 • The new season of the HBO series Game of Thrones premieres this weekend. Steve Inskeep talks with NPR host and Game of Thrones superfan Peter Sagal, who hosts a podcast recapping the series.

A Preview Of The New Season Of 'Game Of Thrones' 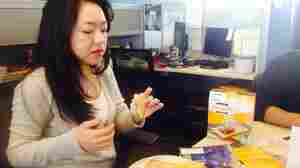 March 30, 2015 • For this week's Sandwich Monday, we introduce our non-Jewish colleagues to the wonders of the Passover lunch. Manischewitz rules this meal. 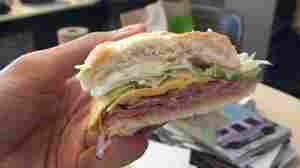 March 23, 2015 • For this week's Sandwich Monday, we try the YUMBO. It's a Burger King sandwich with ham and cheese recently pulled out of retirement. 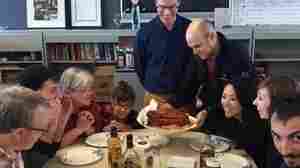 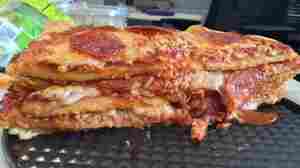 And this is what we got. NPR hide caption

September 29, 2014 • For this week's Sandwich Monday, we try the Pizza Cake, which is a fancy way of saying "a bunch of pizzas stacked on top of each other." 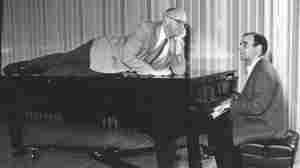 May 9, 2014 • In his more than 15 years with Wait Wait ... Don't Tell Me! Carl has put up with endless travel, silly jokes and countless assaults on his dignity. 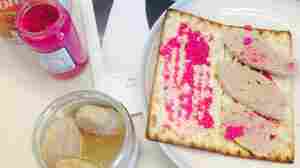 In the time of Exodus, the Hebrews had to travel the desert without reading material. NPR hide caption

April 14, 2014 • For this week's Sandwich Monday, our non-Jewish colleagues get an introduction to the wonders of the Passover lunch. Manischewitz rules this meal. 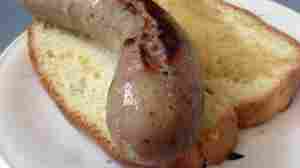 Where there was once a shell, there is now a hot dog bun. NPR hide caption

April 7, 2014 • For this week's Sandwich Monday, we take a detour to haute cuisine and try a snail sausage sandwich. Publican Quality Meats takes its pork sausage recipe and adds snail meat and lots of butter.

September 10, 2012 • This week, Peter remembers a sandwich of his youth: Hebrew National salami on white bread with sweet pickle relish. It tastes strongly of nostalgia. Tell us about the Sandwiches Of Your Youth. 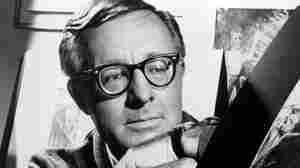 This 1966 file photo shows science fiction writer Ray Bradbury looking at a picture that was part of a school project to illustrate characters in one of his dramas. AP hide caption

June 6, 2012 • Peter Sagal remembers Ray Bradbury as one of the writers who wrote the stories of his science-fiction childhood. He notes that the author was always showing us "our reflections in very strange places."

April 30, 2012 • Peter wrestles with, and manages to conquer, a really big sandwich.

April 30, 2012 • Peter Writes About His Visit to Walter Reed Hospital in Bethesda