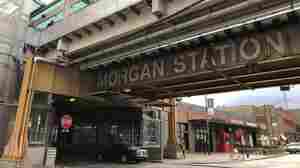 McDonald's moved its corporate headquarters from the Chicago suburbs into the city. The new location is near two Chicago Transit Authority "L" stops, including Morgan Station, a 2012 addition to the system. David Schaper/NPR hide caption

November 29, 2018 • Businesses like Amazon and McDonald's are building offices near bus and train lines to attract and keep top talent in a tight labor market.

November 28, 2018 • Indonesian investigators say it appears the pilots of a Lion Air jet that crashed last month struggled with an automated system to control the plane almost from the moment it took off.

November 28, 2018 • A preliminary investigation into the Lion Air crash in October finds the pilots struggled against a new anti-stall flight control system, which forced the plane's nose down 26 times before it crashed.

November 23, 2018 • A report shows that the overwhelming majority of jobs created in the Chicago area are located near transit stations. The same thing is happening in other metropolitan regions — as well as the suburbs.

November 21, 2018 • Airlines predict a record number of people are flying for the holidays. This means millions of people are taking off their shoes, pulling out their laptops and navigating crowded security lines.

November 15, 2018 • Pilots accuse Boeing of downplaying changes to a critical system made in the newest version of the popular 737, which may have played a role in last month's fatal crash in Indonesia. 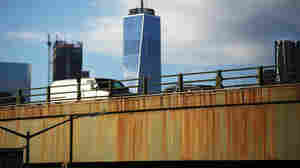 An annual report by the American Road and Transportation Builders Association notes that there are now nearly 56,000 bridges nationwide that are structurally deficient. Both Democrats and Republicans say they're willing to work together on a plan to rebuild the nation's roads, bridges, transit and water systems. Spencer Platt/Getty Images hide caption

Bridging The Partisan Divide: Can Infrastructure Unite Democrats And Republicans?

November 12, 2018 • The American Society of Civil Engineers gives the nation's infrastructure a D-plus grade and says it will take trillions to bring it up to par. But finding the funding is a bipartisan problem.

Bridging The Partisan Divide: Can Infrastructure Unite Democrats And Republicans?

November 8, 2018 • The Federal Aviation Administration issued the warning after a Boeing 737 crashed in Indonesia last month. It discusses how to handle erroneous data from a sensor that investigators believe malfunctioned.

October 27, 2018 • Cesar Sayoc, a 56-year-old Floridian, has been charged in a case in which suspicious packages were mailed to several prominent Democrats and others. 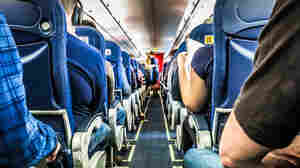 Cramped Legroom On Flights Unlikely To Change, Despite Congressional Mandate

October 22, 2018 • Frequent flyers have often complained of shrinking legroom on flights. Now Congress has ordered the FAA to establish minimum seat widths and pitch — but that's unlikely to result in more space.

Cramped Legroom On Flights Unlikely To Change, Despite Congressional Mandate

Bankruptcy Protection May Be Sears' Last Chance For Survival

October 15, 2018 • Once a dominant retail chain, Sears has filed for Chapter 11 bankruptcy protection. The company has been struggling for several years, drowning in debt.

Bankruptcy Protection May Be Sears' Last Chance For Survival 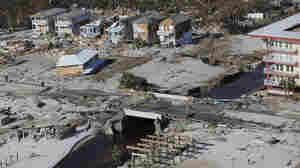 A bridge damaged by Hurricane Michael can be seen Friday in Mexico Beach, Fla. The most powerful hurricane ever known to have hit the Florida Panhandle has left transportation and communication infrastructure in shambles, slowing relief efforts. Gerald Herbert/AP hide caption 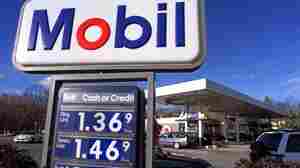 October 5, 2018 • The tax remains 18.4 cents a gallon. Yet, the cost of building and maintaining roads, bridges and transit keeps going up — leaving the highway trust fund running on empty. 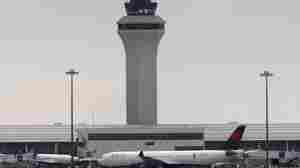 The U.S. Senate passed a bill Wednesday to reauthorize the Federal Aviation Administration, including provisions that require the FAA to set a minimum size for commercial airplane seats. Carlos Osorio/AP hide caption

October 3, 2018 • The U.S. Senate passed a bill Wednesday reauthorizing the Federal Aviation Administration. The bill has a number of provisions that would make flying more comfortable for travelers.

More Than 30,000 Steelworkers Threatening To Strike Across The U.S.

September 24, 2018 • More than 30,000 union steelworkers have voted overwhelming to authorize a strike, while negotiations continue with ArcelorMittal and U.S. Steel.

More Than 30,000 Steelworkers Threatening To Strike Across The U.S.