June 26, 2015 • President Obama will be in Charleston for the funeral of Clementa Pinckney. The pastor of the church, who was also a state senator, was among 9 members gunned down last week during a Bible study.

June 23, 2015 • The South Carolina House has approved a measure that allows them to consider removing the Confederate flag from the State House grounds. Legislators convened a session Tuesday to pass a state budget.

June 23, 2015 • Gov. Nikki Haley on Monday called for the Confederate flag to be removed from the state capitol, following the shooting last week at the historic black church in Charleston. Nine people died.

June 22, 2015 • Since the shooting deaths of nine African-Americans in Charleston, S.C., people across the state are debating the Confederate flag's place on the state house grounds. 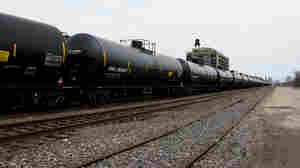 June 18, 2015 • Catholics across the nation are reacting to a sweeping encyclical issued by Pope Francis on the issue of climate change. The 184-page papal letter explains that it is a global problem with far reaching environmental and social ramifications. 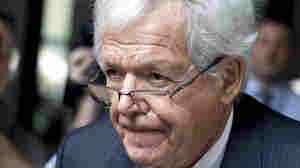 Former House Speaker Dennis Hastert this week pleaded not guilty to breaking banking laws and lying about the money to the FBI. The federal judge in the case will preside over it after the parties declined his offer to recuse himself. Christian K. Lee/AP hide caption

June 11, 2015 • Judge Thomas Durkin had donated money to Hastert's reelection campaigns and worked with people involved in the case. He offered to let another judge take over but both sides want him to stay.

June 10, 2015 • Former U.S. House Speaker Dennis Hastert is accused by federal prosecutors of illegally structuring bank withdrawals to evade reporting requirements, and then lying about it to the FBI.

June 9, 2015 • Former House Speaker Dennis Hastert plead not guilty in federal court Tuesday on charges he violated banking laws and lied about it to the FBI. 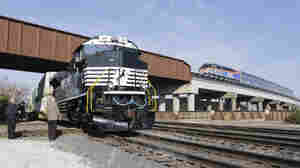 Despite Congress mandating all railroads be equipped with a Positive Train Control system by the end of the year, Chicago's Metra system isn't expected to reach that goal until 2019. Most commuter trains won't meet the deadline. M. Spencer Green/AP hide caption

June 2, 2015 • The acting head of the Transportation Security Administration has been reassigned after a covert investigation found serious failings in security screening procedures.

May 28, 2015 • The longest-serving Republican speaker was indicted Thursday for illegally structuring cash withdrawals from bank accounts to conceal payments to someone he committed "prior misconduct" against.

May 19, 2015 • The delay in installing the automated control system that may have prevented last week's Amtrak derailment in Philadelphia is being blamed on not enough funding and complex design issues. 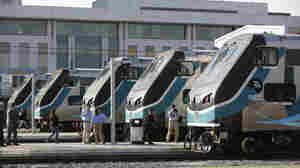 Officials attend the launch of a Positive Train Control system for Los Angeles' Metrolink commuter trains in February 2014 at Los Angeles Union Station. Congress mandated the technology after a Metrolink engineer ran a red light while he was texting and crashed head-on with a freight train in 2008. Damian Dovarganes/AP hide caption

May 16, 2015 • Investigators say the control network would have prevented this week's crash, and Amtrak vows to have it implemented by the 2016 deadline. But technical and bureaucratic hurdles are holding others up.