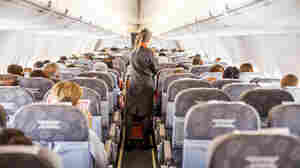 The FBI says reports of sexual assaults on commercial airline flights are on the rise. Adam Hester/Getty Images hide caption

June 21, 2018 • More than two-thirds of flight attendants say they have been sexually harassed or assaulted on the job. Many say they're not trained to deal with such misconduct while in the air. 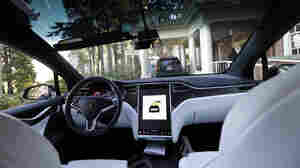 The interior of a Tesla Model X 75D semi-autonomous electric vehicle is shown in January 2017. The company's autopilot system has been engaged at the time of a number of accidents, including a crash that killed the driver in California in March, but the company emphasizes the system can't be relied on to prevent collisions. Ted S. Warren/AP hide caption

June 7, 2018 • The driver of a Tesla Model X on autopilot died after it hit a barrier between a highway lane and an exit ramp. The NTSB found he didn't brake or have his hands on the wheel shortly before collision.

June 5, 2018 • Reactions have been mixed since President Trump floated the idea of pardon for former Illinois Governor Rod Blagojevich, who's serving 14-year prison sentence for corruption. But some Democrats are siding with Trump, including Sen. Dick Durbin and former attorney general Eric Holder. 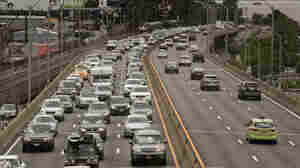 Traffic crawls on the northbound lanes of the Henry Hudson Parkway leading out of Manhattan on Friday. Julie Jacobson/AP hide caption

May 26, 2018 • Memorial Day weekend kicks off the start of the summer vacation season, and this year gas is up and plane tickets are slightly cheaper. Here's what else you need to know if you're planning a getaway.

Traveling For The Memorial Day Holiday? You're Not Alone

May 25, 2018 • Millions of Americans are hitting the road, rails or jetting off for the weekend. Gas prices are about 60 cents a gallon higher than this time last year. Roads and planes are expected to be packed.

Traveling For The Memorial Day Holiday? You're Not Alone

Why It's Infrastructure Week, Again

May 15, 2018 • Since President Trump came into office, it sometimes feels like every other week is infrastructure week. But why have there been so many?

Why It's Infrastructure Week, Again

May 9, 2018 • The Trump administration's plan to invest in infrastructure seems to be stuck in a rut, even as a week to highlight the nation's infrastructure needs approaches.

April 20, 2018 • Thousands of students are expected to walk out of school on Friday to protest school violence. At one elementary school in Chicago's Englewood neighborhood, many kids feel under threat every day.

April 20, 2018 • Some of James Comey's memos detailing his meetings with President Trump have been released. Also, students are expected to walk out of classes to protest gun violence on Friday.

April 20, 2018 • Thousands of students are expected to walk out of school on Friday to protest school violence. It comes on the 19th anniversary of the Columbine shooting.

What Happened On That Southwest Flight

April 19, 2018 • A catastrophic failure on a Southwest Airlines flight killed one passenger and injured several others this week. It's prompted airlines around the world to inspect certain kinds of airplane engines.

What Happened On That Southwest Flight 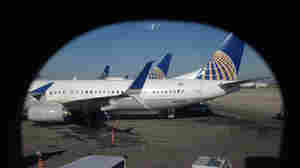 April 9, 2018 • But cramped seats, cutbacks on freebies and extra fees weren't measured in the report and are wearing on airline travelers. 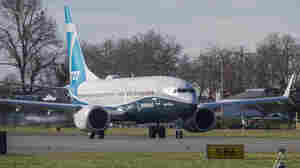 A Boeing 737 MAX 7 makes its first flight from Renton Municipal Airport, on March 16 in Renton, Wash. Many of the MAX models will not be targeted by Chinese tariffs. Stephen Brashear/Getty Images hide caption

April 5, 2018 • China exempted many of Boeing's airplanes from proposed tariffs. Experts say that's because Chinese companies can't keep up with the growth of domestic air travel. But Boeing is still nervous. 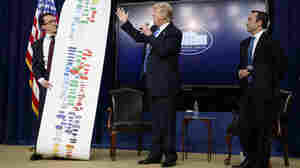 April 4, 2018 • DJ Gribbin, architect of the president's $1.5 trillion plan, "will be moving on to new opportunities," according to an administration official. The proposals received a cool reception in Congress.