September 27, 2011 • Members of the House are back at home this week, hearing from constituents. On Monday night, Democratic Rep. Danny Davis held a town hall meeting in the Chicago suburbs. 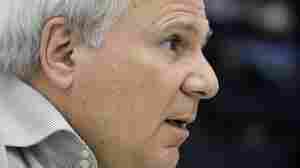 David Protess, shown in 2009, is no longer with Northwestern University. But he led the Medill Innocence Project when students discovered evidence questioning the guilt of Anthony McKinney, jailed since 1978. The judge in the case has ruled that the students weren't acting as journalists, protected by the Illinois reporter's privilege law, but as investigators for the defense. M. Spencer Green/AP hide caption

September 12, 2011 • A Chicago judge has ordered Northwestern University to give the prosecution more than 500 emails between a professor and his investigative journalism students. She ruled the students were acting as investigators for the defense. But some are concerned the ruling could have a chilling effect on journalism students' work across the country.

September 4, 2011 • In Chicago, the nation's third largest school system starts a new school year at a crossroads: a new mayor and his new schools chief are trying to shake up the status quo. But teachers say they want the extra instructional time to be time well spent. 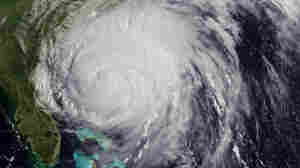 August 27, 2011 • Insurance companies are expecting to be inundated with calls from policyholders reporting damage from the hurricane. With the storm on track to hit densely populated areas where property values are high, the cost of insured losses could be in the billions. 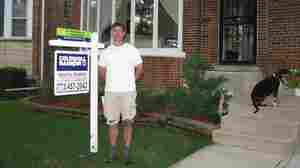 Russell Zanca, 47, of Chicago, is selling his three-bedroom house despite the uncertainty in the housing market. David Schaper/NPR hide caption

August 10, 2011 • The federal government's credit rating has been lowered. Fannie Mae and Freddie Mac had theirs cut, too. The stock market is tanking. Who wants to buy a house in this atmosphere? Analysts fear millions of Americans are saying, "Not me."

August 3, 2011 • With President Obama returning to Chicago for a fundraiser and his birthday, voters talk about how they feel about the debt ceiling deal — and the former Illinois senator's performance. 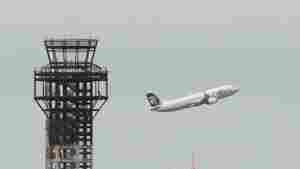 August 1, 2011 • Construction projects at airports have stopped and 4,000 employees of the Federal Aviation Administration are furloughed, all because Congress couldn't agree on an extension of the agency's authority to operate. Fueling the impasse is a debate over subsidies that help pay for service to remote airports.

July 22, 2011 • Another hot and muggy day is forecast for much of the country again on Friday, as the dangerous heat wave moves to the East. Thirty-two states issued excessive heat warnings Thursday. Air conditioning companies have been getting more service calls than they can handle.

July 21, 2011 • In many parts of the country, it will be intensely hot again Thursday. From the South to the Midwest to the East Coast, temperatures will soar into the 90's and some areas are forecast to top 100 degrees. 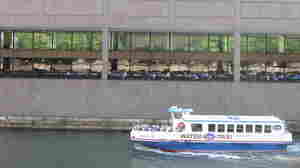 Some of the biggest corporate headquarters in the country are located along the Chicago River. David Schaper/NPR hide caption

July 13, 2011 • As business giants threaten to leave the state — taking tens of thousands of jobs with them — Illinois lawmakers are reconsidering corporate income tax rates.

July 9, 2011 • There is still no end in sight to the state government shutdown in Minnesota. Democratic Gov. Mark Dayton and Republican legislative leaders remain far apart on how to balance the state's budget for the next two years. With the shutdown in its ninth day, unemployed state workers are increasingly anxious, and residents who rely on shuttered state services are increasingly frustrated. NPR's David Schaper reports. 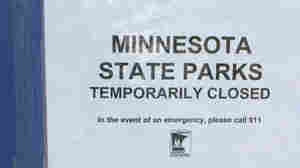 Afton State Park is one of the victims of Minnesota's government shutdown. David Schaper/NPR hide caption

July 8, 2011 • Thanks to the political gridlock in St. Paul, the gates of Minnesota's state parks remain padlocked during peak season. Now rising anger over the standoff is leading to a spate of burglary and vandalism.

July 7, 2011 • Minnesota's government has had been shutdown for nearly a week. There continues to be a standoff over taxes and spending between the Democratic governor and the Republicans who control the state's legislature. Hundreds of laid off state workers rallied at the steps of the state Capitol Wednesday.

Blagojevich Convicted On Nearly All Charges

June 27, 2011 • Federal jurors in the corruption trial of former Illinois Gov. Rod Blagojevich have reached a verdict: They convicted him on nearly all charges.

Blagojevich Convicted On Nearly All Charges