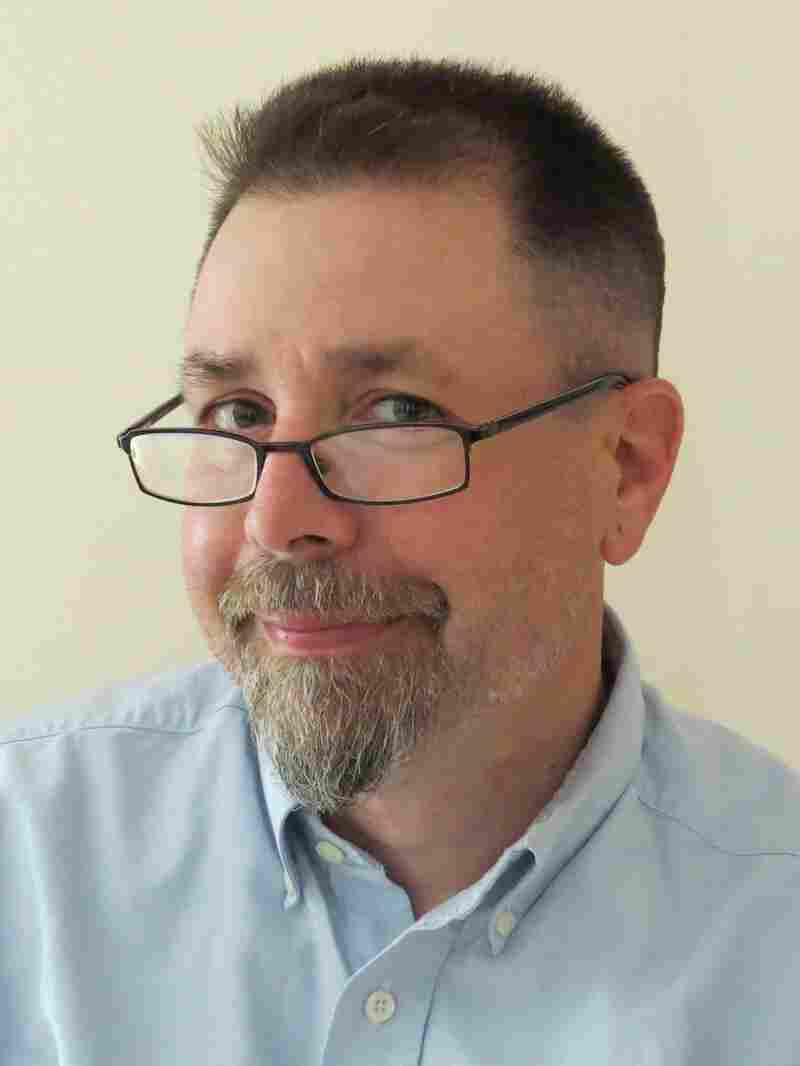 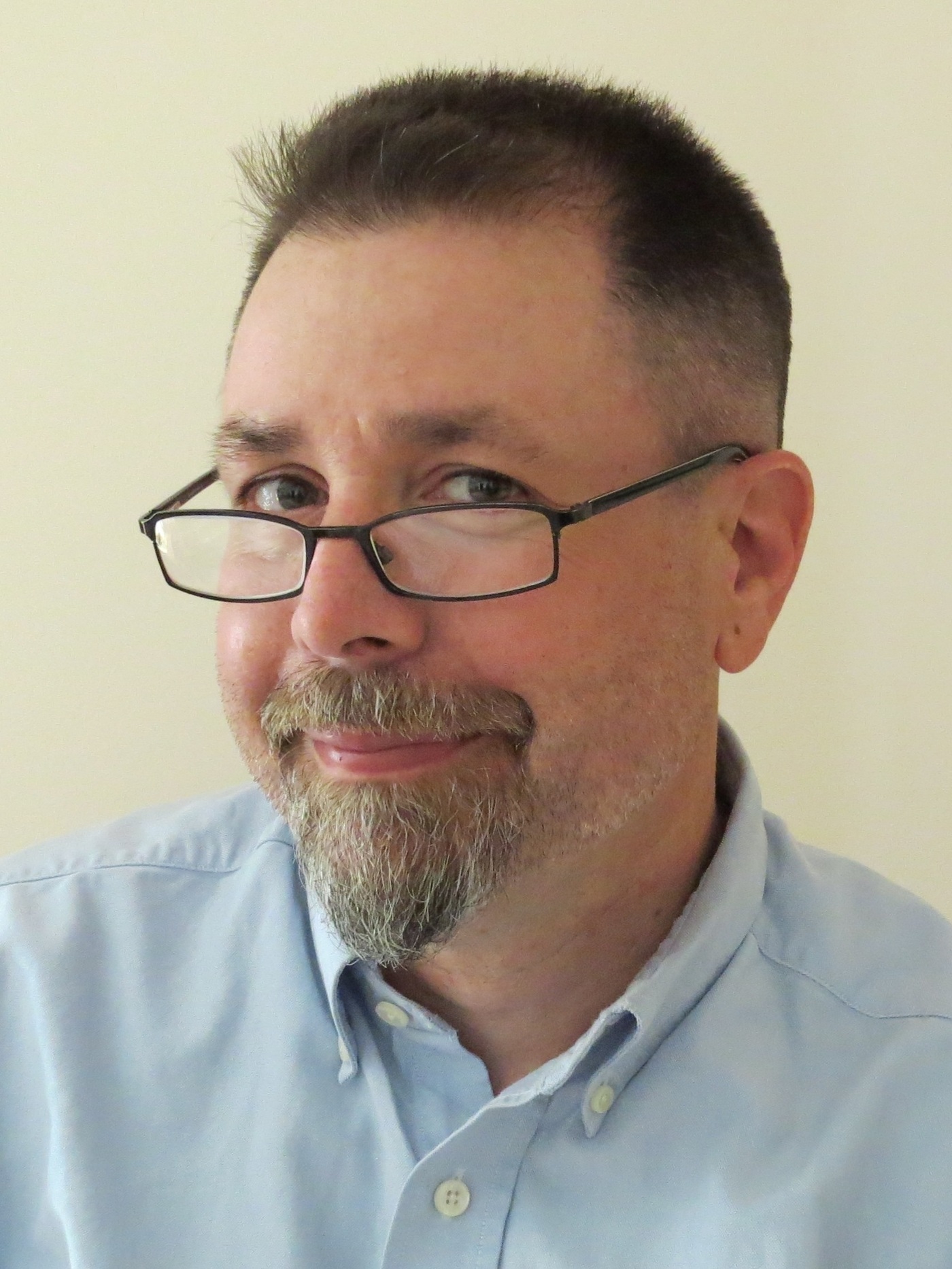 The main thing you should know about Giles Snyder is that he is an extreme commuter. He drives 90 miles from his home to the NPR newsroom, usually in the middle of the night.

After Snyder accepted his job as an NPR newscaster in the summer of 2004, he and his family never quite made it all the way to Washington, DC. They got as far as Martinsburg in their home state of West Virginia, looked around, and decided to stay.

Martinsburg is in West Virginia's Eastern Panhandle. It's on the outer edges of DC's bedroom communities, but Snyder's NPR colleagues are often wide-eyed when they find out where he lives and how much time he spends behind the wheel.

Snyder is from the more southern region of West Virginia. He grew up in the state capital of Charleston and went to Marshall University in the Ohio River town of Huntington. Before coming to NPR, he spent 16 years working for West Virginia Public Broadcasting, the statewide public radio and television network.

Since journalists like nothing better than to brag about the awards they've won for their work, Snyder is most satisfied by the recognition he received for the humor column he used to write for his local newspaper in Martinsburg. His column was recognized twice by the West Virginia Press Association, and he once received an honorable mention from the National Society of Newspaper Columnists.

When he's not on the road making his way to and from the NPR newsroom, Snyder still occasionally writes humorously about his personal life. 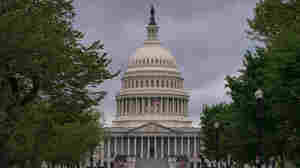 Democrats running to succeed President Trump are split over whether Congress should impeach him. J. Scott Applewhite/AP hide caption

April 23, 2019 • Following the Mueller report's release, a number of the 2020 Democratic candidates, like their colleagues in Congress, are debating how aggressively to respond to the special counsel's findings. 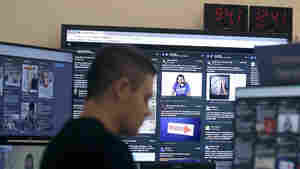 A man works at his desk in front of monitors last month during a demonstration in the war room, where Facebook monitors election-related content on the platform, in Menlo Park, Calif. Jeff Chiu/AP hide caption

November 6, 2018 • A day before midterm elections, the social media giant announces that it suspended the accounts after it was notified of suspicious activity that may be linked to foreign entities. 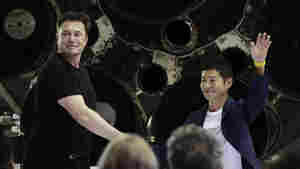 SpaceX founder and chief executive Elon Musk, left, shakes hands with Japanese billionaire Yusaku Maezawa, right, on Monday, after announcing that he will be the first private passenger on a trip around the moon. Chris Carlson/AP hide caption

September 18, 2018 • Yusaku Maezawa would be the first person since 1972 to travel around the moon and the first-ever private citizen to do it. He was introduced at SpaceX headquarters near Los Angeles Monday night. 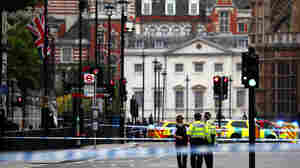 Police stand in the street after a car crashed outside the Houses of Parliament in Westminster, London, on Tuesday. Hannah Mckay/Reuters hide caption

August 14, 2018 • A man was arrested on "suspicion of terrorist offenses," police say, after his vehicle crossed through a pedestrian area Tuesday morning. 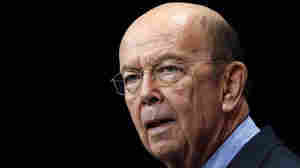 July 13, 2018 • After receiving a strongly worded letter from the government ethics office, Commerce Secretary Wilbur Ross says he will sell all of his remaining stocks. 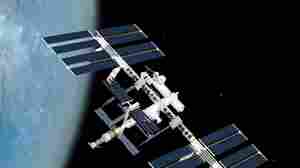 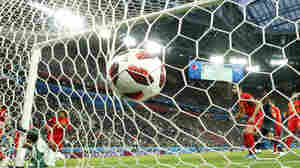 Belgium goalkeeper Thibaut Courtois, left, is beaten by a header from France's Samuel Umtiti for the opening goal during the semifinal match between France and Belgium at the 2018 soccer World Cup in St. Petersburg, Russia on Tuesday. Martin Meissner/AP hide caption

July 11, 2018 • The winner of Wednesday's World Cup semi-final between England and Croatia will advance to Sunday's championship match against France. 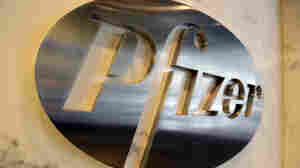 In a statement, Pfizer said it will return prices on dozens of the company's drugs to where they were before July 1 "as soon as technically possible." Richard Drew/AP hide caption

July 11, 2018 • The pharmaceutical company says it will delay price increases that went into effect on July 1. The move follows pressure from President Trump. 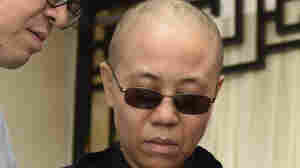 In a July 2017 photo released by the Shenyang Municipal Information Office, Liu Xia, wife of jailed Nobel Peace Prize winner and Chinese dissident Liu Xiaobo, holds a portrait of him during his funeral at a funeral parlor in Shenyang in northeastern China's Liaoning Province. AP hide caption

China Allows Widow Of Prominent Dissident To Leave The Country

July 10, 2018 • Liu Xia left Beijing on Tuesday for Germany, bringing nearly eight years of virtual house arrest to an end. She is the widow of the late Chinese dissident and Nobel Peace Prize Laureate Liu Xiaobo. 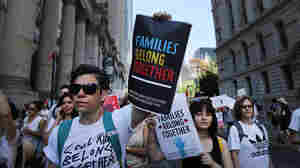 July 9, 2018 • Of the 102 young children in custody, the Justice Department says at least 54 will return to their parents by Tuesday as ordered by a court. But a judge still voiced optimism about "real progress."

March 4, 2005 • Martha Stewart is released from a federal women's prison in West Virginia and will be spending the next five months under home confinement at her estate in New York. Stewart will return to a company with a stock price that's soared while she's been in prison for her part in a stock scandal.

September 20, 2004 • The Bush and Kerry campaigns reportedly agree to three presidential debates, on Sept. 30, Oct. 8 and Oct. 13. The Bush campaign denies a deal, but a source familiar with the negotiations says the agreement also calls for one vice presidential debate Oct. 5. NPR's Giles Snyder reports.