January 23, 2015 • Three Oklahoma inmates say they face the risk of extreme suffering, which would violate the Eighth Amendment ban on cruel and unusual punishment. 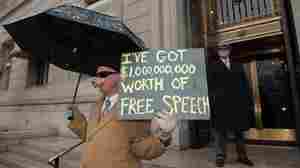 A demonstrator rallies outside the U.S. Chamber of Commerce against the Supreme Court's decision in favor of Citizens United five years ago. Eight protesters at the Supreme Court were arrested and charged. Nicholas Kamm/AFP/Getty Images hide caption

January 21, 2015 • The day's session had just begun when protesters in the back of the chamber began yelling things like, "One person, one vote" and "We are the 99 percent." 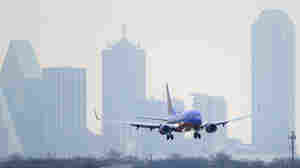 Former air marshal Robert MacLean blew the whistle after he was informed that missions on overnight, long-distance flights were being canceled. The announcement came just days after air marshals were warned of terrorist threats. LM Otero/AP hide caption

January 21, 2015 • Robert MacLean gave a reporter information about U.S. air marshals being taken off flights to save money.

January 21, 2015 • The court ruled: It was wrong to force a Muslim inmate to shave a beard he regarded as a religious obligation, and a death row inmate shouldn't be denied an appeal because lawyers missed a deadline.

January 20, 2015 • The Supreme Court has overruled the lower courts and allowed Mark Christeson's new lawyers to appeal based on inadequate representation by his previous attorneys. 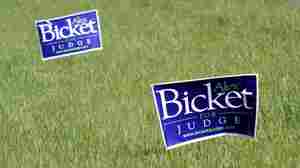 Thirty-nine states elect some or all of their judges, and 30 of them bar personal solicitations in order to preserve judicial impartiality. Keith Srakocic/AP hide caption

January 20, 2015 • The court said a ban on beards violated the prisoner's religious freedom. The state of Arkansas had argued that the beard presented security concerns and that it could be used to hide contraband. 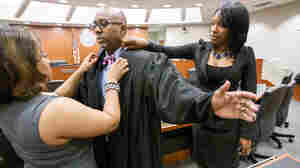 Judge Adrian Adams is helped with his robe by his daughters during a robing ceremony Friday in Gretna, La. Adams won a race for 24th Judicial District Court in November behind a campaign that raised a modest $22,350, including several four-figure donations from attorneys and law firms. Louisiana law, like Florida law, bars judicial candidates from personally soliciting campaign contributions. Brett Duke/The Times-Picayune/Landov hide caption

Should Judicial Candidates Be Allowed To Solicit Campaign Money?

January 20, 2015 • Once, judicial elections were a pretty tame affair, with relatively little money spent. Not anymore. The Supreme Court hears arguments Tuesday on how candidates should be allowed to gather funding.

Should Judicial Candidates Be Allowed To Solicit Campaign Money?

Supreme Court To Decide Whether States Can Ban Same-Sex Marriage

January 16, 2015 • The U.S. Supreme Court has agreed to decide whether states can ban same-sex marriage.

Supreme Court To Decide Whether States Can Ban Same-Sex Marriage 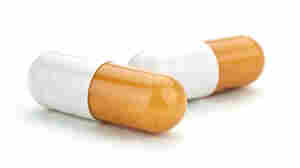 In 2010, Moones Mellouli was arrested for driving under the influence and having four Adderall pills in his sock. He was subsequently deported. iStockPhoto hide caption

Supreme Court Considers Whether A Sock Is Drug Paraphernalia

January 14, 2015 • On Wednesday, the Supreme Court heard arguments about a graduate student who was deported after four Adderall pills were found in his sock.

Supreme Court Considers Whether A Sock Is Drug Paraphernalia 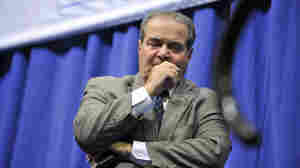 The morning after an incident shut down a major subway line in Washington, D.C., traffic snafus made lots of drivers late, including Justice Antonin Scalia, pictured in 2013. Josh Reynolds/AP hide caption

Rough Morning Commute? Justice Scalia Was Right There With You

January 13, 2015 • The Washington suburbanite had trouble getting to work Tuesday, leaving a key task to his boss at the U.S. Supreme Court. 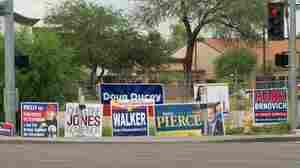 Political signs in Gilbert, Ariz. are permitted to be larger and stay up longer than "directional" signs like those pointing residents to local church services. Bruce Ellefson/ADF hide caption

January 12, 2015 • In a case before the Supreme Court Monday, an Arizona town maintains that Good News Community Church's signs are temporary directional signs for events, and thus limited to 6 square feet. 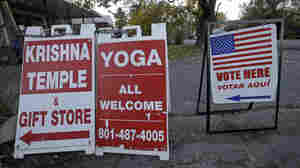 The U.S. Supreme Court hears arguments Monday in a case that looks at how municipal governments may regulate where and when signs are posted. Rick Bowmer/AP hide caption

January 12, 2015 • The U.S. Supreme Court hears arguments Monday in a case that looks at how municipal governments may regulate where and when signs are posted.

Supreme Court To Hear Case Against Obamacare In 2015

December 29, 2014 • There is another challenge to Obamacare. This one is not as high profile as the last one, but it has the power to gut the program. The high court may also decide to weigh in on the gay marriage issue.

Supreme Court To Hear Case Against Obamacare In 2015

Bottles of the abortion-inducing drug RU-486 are shown in 2010 at a Planned Parenthood clinic in Des Moines, Iowa. Charlie Neibergall/AP hide caption

December 15, 2014 • An Arizona law aiming to limit prescription of RU-486 to the first seven weeks of pregnancy was blocked by the 9th U.S. Circuit Court of Appeals. On Monday, Supreme Court justices let that stand.