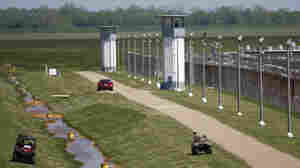 Louisiana State Penitentiary workers inspect levees near the prison, also known as Angola, in 2008. Henry Montgomery, who has been held there for more than 50 years after being sentenced to life at 17, may be resentenced after winning his Supreme Court case on Monday. Tim Mueller/AP hide caption

January 25, 2016 • The Supreme Court ruled 6-3 on Monday that convicts serving life for crimes committed while juveniles must be resentenced. For some prisoners, that may mean early release. 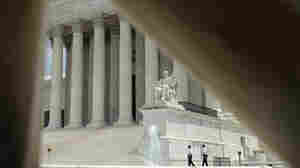 January 20, 2016 • Just a week ago, the court reached a very different conclusion, also by an 8-1 vote, ruling Florida's death penalty system is unconstitutional. 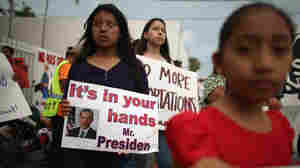 A young immigration activist holds a sign reading "It's in your hands Mr. President" during a rally calling on President Obama to suspend deportations in 2013. Joe Raedle/Getty Images hide caption

January 19, 2016 • The court said Tuesday it would rule by summer on the legality of President Obama's executive action granting temporary legal status to as many as 4.5 million people who entered the U.S. illegally. 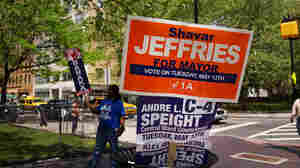 Jeffrey Heffernan says he was demoted after he picked up a replacement campaign sign for his bedridden mother. Spencer Platt/Getty Images hide caption

An Employee Mistakenly Steps Into Politics; Can The Government Retaliate?

January 19, 2016 • The Supreme Court will ponder an unusual question Tuesday concerning free speech rights. It started when a police detective picked up a replacement campaign sign for his bedridden mother.

An Employee Mistakenly Steps Into Politics; Can The Government Retaliate? 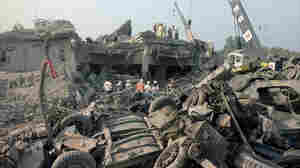 Rescuers search through the rubble of the U.S. Marine barracks Oct. 23, 1983, in Beirut, Lebanon, after a suicide truck bombing. The blast — the single deadliest attack on U.S. forces abroad since World War II — killed 241 American service members. The Supreme Court is deciding whether Congress can pass a law compensating the victims, and those of other attacks, using Iranian government funds. Jim Bourdier/AP hide caption

January 13, 2016 • The Supreme Court is considering whether legislators can give away Iranian government funds the U.S. controls, providing legal compensation to victims of specific terrorist attacks sponsored by Iran. 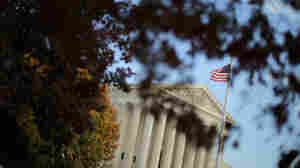 The Supreme Court's ruling casts doubt on the status of the 390 inmates on death row in Florida. Chip Somodevilla/Getty Images hide caption

January 12, 2016 • Florida ranks second in the nation in the number of death row inmates, with 390 men and women currently awaiting execution, and the ruling casts doubt on their status. 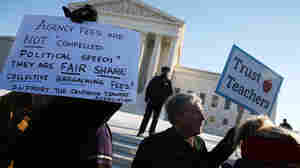 People for and against unions hold up signs Monday in front of the U.S. Supreme Court building in Washington. The court was hearing arguments in Friedrichs v. California Teachers Association. Justices will decide whether California and other states can make nonunion public employees covered by union contracts pay partial dues. Mark Wilson/Getty Images hide caption

January 11, 2016 • The U.S. Supreme Court heard arguments Monday about whether public employee unions should be able to collect some dues from nonmembers. A majority of the justices seemed to be leaning against it. 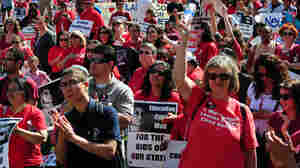 More than 300,000 California teachers are represented by unions like the California Teachers Association, seen here protesting proposed budget cuts in 2011. Nine percent of those California teachers have not joined the union, but under state law, any union contract must cover them too, so they are required to pay an amount that covers the costs of negotiating the contract and administering it. Mark Ralston/AFP/Getty Images hide caption

Is It Fair To Have To Pay Fees To A Union You Don't Agree With?

January 11, 2016 • At the Supreme Court on Monday, union opponents are seeking to reverse a 1977 decision that allows public employee unions to collect fees from those who don't join the union but are protected by it.

Is It Fair To Have To Pay Fees To A Union You Don't Agree With? 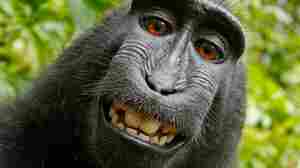 January 7, 2016 • A federal judge ruled Wednesday that a monkey cannot own the copyrights to selfies he took. 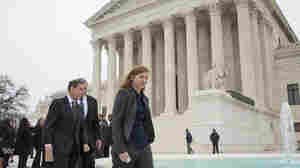 Abigail Fisher, seen outside the Supreme Court Wednesday, is a white applicant to the University of Texas who claims she was not admitted because of her race. J. Scott Applewhite/AP hide caption

December 9, 2015 • Toward the end of the affirmative action arguments, Justice Antonin Scalia questioned whether the University of Texas' admission of minority students was really beneficial to those students. 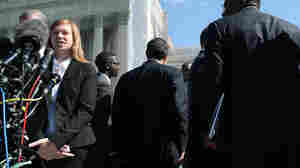 Abigail Noel Fisher, who challenged a racial component to University of Texas at Austin's admissions policy, speaks to the media outside the U.S. Supreme Court building during arguments in the case in October of 2013. Mark Wilson/Getty Images hide caption

December 9, 2015 • For the second time, the University of Texas must defend its limited use of race and ethnicity in admissions decisions. 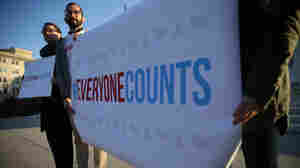 December 8, 2015 • Tuesday's case tested whether state legislative districts should count all persons or only eligible voters when district lines are being drawn. 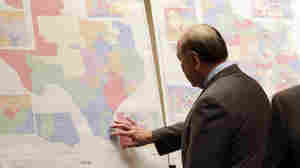 December 8, 2015 • An elections case before the Supreme Court could dramatically change the way state legislative districts are drawn and could tilt some states in a decidedly more Republican direction.

December 7, 2015 • The Supreme Court keeps upholding the death penalty, but legal challenges and practical hurdles have made actual executions as rare as deaths by lightning. 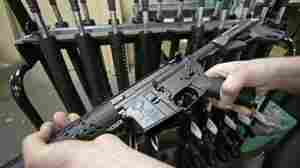 Chicago suburb Highland Park banned the possession of what it called assault weapons, including AR-15s, like this one, and AK-47s, as well as large capacity magazines. Gun rights advocates challenged the ban, contending that it violated the Second Amendment's guarantee of a right to bear arms. Charles Krupa/AP hide caption

December 7, 2015 • In 2013, a Chicago suburb banned the possession of "assault weapons" and large-capacity magazines. An appeals court had upheld the local ordinance; the justices decided not to revisit the case.