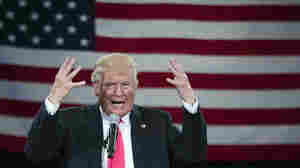 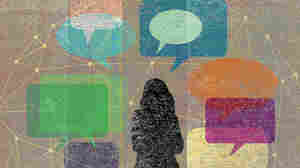 May 24, 2016 • While some of his colleagues have criticized the current trend of starting sentences with the phrase, "I feel like," linguist Geoff Nunberg says it's just a case of generational misunderstanding. 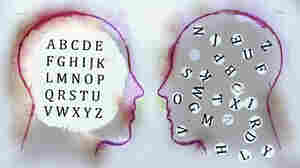 February 24, 2016 • As the French debate spelling changes to their language, linguist Geoff Nunberg suggests that Americans take a closer look at some of the quirks of English. 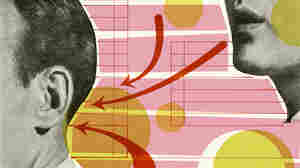 January 13, 2016 • The singular, gender-neutral usage of "they" is now acceptable on college campuses, among the genderqueer and in the Washington Post. Linguist Geoff Nunberg traces the rise of the new "they." 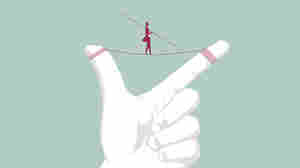 Linguist Geoff Nunberg notes that while workers in today's "gig economy" may have more freedom than they had in years past, they also have less security. Hong Li/Getty Images hide caption

January 11, 2016 • Once used by '50s hipsters to connote a no-strings-attached job, "gig" has been co-opted by venture capitalists hyping the new economic order. Linguist Geoff Nunberg reflects on the word's resurgence. 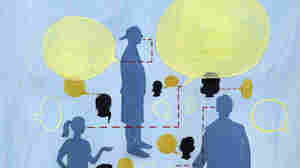 Are people starting sentences with "so" more frequently than ever or are we just noticing it more? Leigh Wells/Ikon Images/Getty Images hide caption

September 3, 2015 • It has been called the new "um" or "like," but linguist Geoff Nunberg says starting sentences with "so" isn't a new trend. People have been doing it for years. We're just noticing it more now. 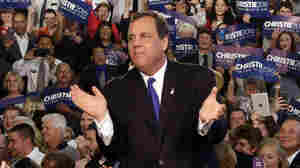 New Jersey Gov. Chris Christie has promised to "tell it like it is" during his presidential campaign. Mel Evans/AP hide caption

July 15, 2015 • It's a common pledge of candor for a roster of presidential hopefuls. As linguist Geoff Nunberg explains, the promise to "tell it like it is" has its roots in black speech from the '40s and '50s. 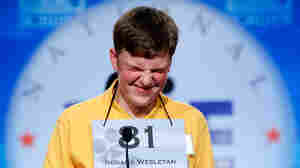 June 11, 2015 • Linguist Geoff Nunberg says it's fitting that the Scripps National Spelling Bee is broadcast by ESPN. (And, by the way, a thamakau is a kind of canoe used in Fiji.)

April 27, 2015 • Linguist Geoff Nunberg considers the roots and resonance of the latest tech buzzword to catapult into the mainstream. "Disrupt" may be ubiquitous now, but could the term be on the eve of a disruption? 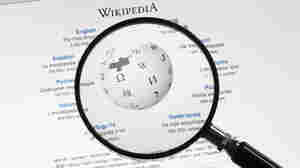 Bryan Henderson, who goes by Giraffedata, has written a 6,000-word essay on his Wikipedia user page explaining why he thinks "comprised of" is an egregious error. iStock hide caption

March 12, 2015 • Wikipedia editor Bryan Henderson has made it his crusade to edit out the phrase "comprised of" in more than 5 million articles. While his quest is harmless, it shows that zealots can dominate the Web. 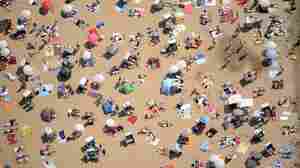 December 10, 2014 • Uber's "God view" shows a map of the cars in an area and the silhouettes of the people who ordered them. Linguist Geoff Nunberg says Uber-Santa doesn't just know when you've been sleeping, but where. 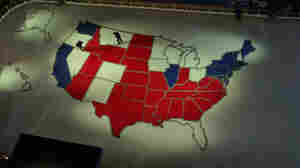 Workers walk on a giant presidential election map of the U.S. made of ice in the skating rink at Rockefeller Center in 2004. The media still use "red" and "blue when talking about the electoral map, but not for a deep cultural divide. Kathy Willens/AP hide caption

October 8, 2014 • Nobody knows what was in the president's cup when he saluted the Marines last month, but it became known as the "latte salute." Do people still use "red" and "blue" when discussing a cultural divide? 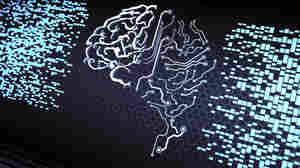 July 1, 2014 • For the first time, a computer passed the test for machines engaging in intelligent thought. Linguist Geoff Nunberg says the real test is whether computers can behave the same way thinking people do. 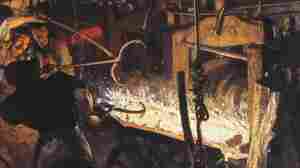 May 27, 2014 • Thomas Piketty's Capital in the Twenty-First Century evokes another famous tome with "capital" in its title, and makes comparisons inevitable. 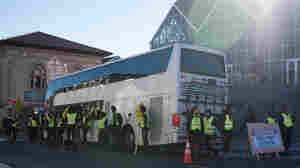 January 16, 2014 • Linguist Geoff Nunberg lives in the Mission and says young tech employees have been pouring into the neighborhood. But what to call these new residents? He says the term "techie" used to suggest a computer whiz with no social skills; now it suggests one with no social conscience.