September 24, 2010 • Greed may be good, as Gordon Gekko insisted once upon a time, but evil pays the bills. Sadly, there isn't enough evil to make the sequel Wall Street: Money Never Sleeps a good enough movie. 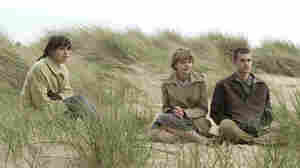 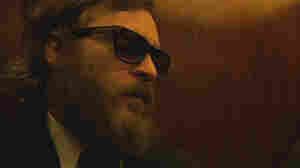 Caught In The Act? Joaquin Phoenix may have been crazy as a bedbug during the filming of I'm Still Here, said to be a documentary of a dark year in his life. On the other hand, the two-time Oscar nominee may have been crazy like a fox. Magnolia Pictures hide caption

September 10, 2010 • Despite the dominance of reality shows on television, it's become harder and harder to tell what's actually real and what's been augmented, massaged or just plain made up. Casey Affleck's new film, said to be a documentary about an actor in full flame-out, is only going to add fuel to that fire. 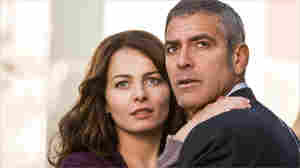 Love Story: Jack (George Clooney) is an American assassin whose job typically requires him to be a loner on the go. He falls for Clara (Violante Placido) while on an Italian retreat. Giles Keyte/Focus Features hide caption

August 20, 2010 • A Film Unfinished is a provocative and disturbing film about an hour of incomplete Nazi footage shot in the infamous Warsaw ghetto in 1942. That footage was discovered without sound or credits in a concrete vault hidden in a forest. It was clearly the rough first draft of a Nazi propaganda film, but as the years went on clips from that footage were considered trustworthy enough to find their way into various Holocaust documentaries. In 1998, another reel was discovered that reveals how manipulated and stage key parts of the original film were.

August 13, 2010 • It's just not summer without a bunch of big action movies -- and having a big Sylvester Stallone action flick is a bonus. That's what arrives in theaters this weekend. The Expendables star a mini-pantheon of aging action heroes led by Stallone.

August 6, 2010 • British mountaineer George Mallory wanted to be the first man to conquer Mount Everest, but his 1924 expedition instead ended in his tragic death. Mallory's body was found 75 years later. The movie The Wildest Dream: Conquest of Everest,retraces Mallory's expedition. 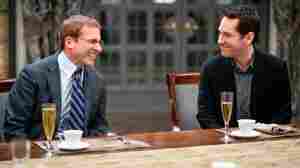 July 29, 2010 • On paper, Dinner for Schmucks seems to have it all: a star-studded cast that includes reliable funnymen like Steve Carell and Paul Rudd, a veteran comedy director (Jay Roach) at the helm, and a premise lifted from a great French farce. But in reality, Schmucks is much less than the sum of its parts. 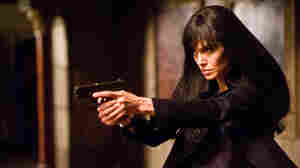 July 22, 2010 • Critic Kenneth Turan says the actress's steely resolve -- in a kicking-butt-and-taking-names part originally written for a male star -- is the main reason to see a summer action thriller that otherwise gets pretty silly, pretty fast. 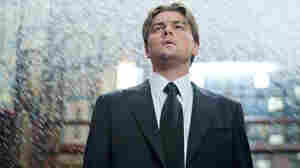 July 16, 2010 • Imagine a world in which thieves can extract secrets from your mind -- or even insert ideas into your head as you sleep. That's the notion behind Inception, a knockout new movie from the writer-director behind The Dark Knight and Memento. (Recommended) 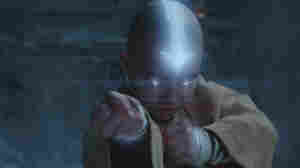 July 1, 2010 • The Last Airbender is based on the cartoon Avatar: The Last Airbender. Kenneth Turan notes that one of Hollywood's truisms is, 'If you don't hook the parents, they'll never take the kids' -- and wonders if Airbender will prove that rule or break it. 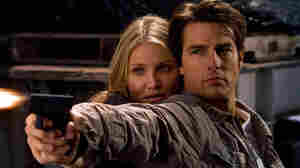 June 23, 2010 • Think Tom Cruise's movie-star luster was lost forever after the actor jumped on Oprah's couch -- and, some said, off the deep end? Think again. Cruise is in top action-hero form in Knight And Day, a spy-vs.-spy comedy that critic Kenneth Turan calls "the most entertaining made-for-adults studio movie of the summer." 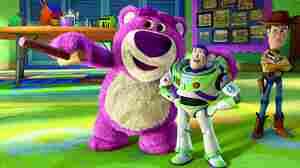 June 18, 2010 • The third entry in a film franchise is often disappointing. Not Toy Story 3, a sequel that's both stayed true to its roots and expanded its reach. (Recommended) 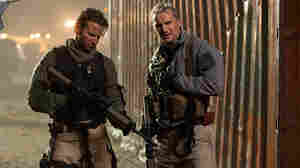 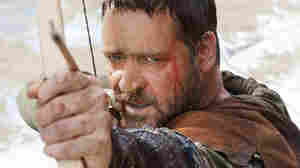 May 14, 2010 • Following in the footsteps of Errol Flynn and Cary Elwes, Russell Crowe is yet another Robin Hood. This new version tells the archer's origin story -- but critic Kenneth Turan says it's a messy mix of geopolitics, repressed-memory plot twists, human-rights advocacy and more.