February 8, 2019 • Former Rep. John Dingell, D-Mich., the longest-serving member of Congress in history, has died at age 92. The Democrat was an advocate for national health care and the auto industry. 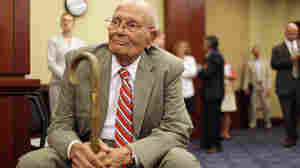 February 7, 2019 • Undefeated in 30 elections, Dingell served for 59 years in the House. He was a champion for nationalized health care and in retirement became known for his playful and pointed tweets.

Iowans Give Their Take On The State Of The Union

February 6, 2019 • We watched the State of the Union address with a group of Republicans and Democrats at a restaurant and lounge in a small town in Iowa.

Iowans Give Their Take On The State Of The Union

What Voters Are Expecting From Trump's State Of The Union Address

February 5, 2019 • NPR's Don Gonyea has been talking with voters in rural Iowa ahead of President Trump's State of the Union address. NPR's Mary Louise Kelly talks with him about voters' interests and expectations.

What Voters Are Expecting From Trump's State Of The Union Address

Colorado Voters Weigh In On Trump's Insistence On A Border Wall

February 4, 2019 • What do Republican and independent voters in Colorado make of President Trump's ongoing call for a border wall? We talk to voters in the Denver suburbs.

Colorado Voters Weigh In On Trump's Insistence On A Border Wall

January 26, 2019 • President Trump's base firmly supports his push for a border wall. Conservative activists and callers on talk radio reacted to his agreement to reopen the government temporarily without funds for the wall.

Ohio Voters Are Divided Over Whom To Blame For Government Shutdown

January 24, 2019 • Both Republicans and Democrats in Chillicothe, Ohio, are frustrated that negotiations to end the partial government shutdown are stalled, but they are divided about who to blame for it.

Ohio Voters Are Divided Over Whom To Blame For Government Shutdown

What Voters In Ohio Are Saying About The Government Shutdown

January 23, 2019 • Voters in Chillicothe, Ohio, are divided about who's to blame for the government shutdown. Both Republicans and Democrats expressed frustration that negotiations are not happening.

What Voters In Ohio Are Saying About The Government Shutdown 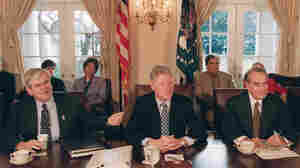 The Longest Government Shutdown In History, No Longer — How 1995 Changed Everything

January 12, 2019 • We've had government shutdowns since the '70s. Early on, they were low on drama and usually quickly resolved. Then came 1995, when the GOP used budget negotiations to push a broad philosophical fight.

The Longest Government Shutdown In History, No Longer — How 1995 Changed Everything

What We Can Learn From Past Government Shutdowns

January 8, 2019 • It's Day 18 of the partial government shutdown, and it's now the third-longest on record. In the 90s, it took President Clinton and House Speaker Gingrich a record 21 days to settle an impasse.

What We Can Learn From Past Government Shutdowns 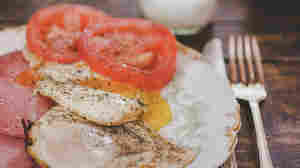 Fried bologna and eggs is one of the dishes included in The Cash And Carter Family Cookbook. Courtesy of Sara Broun hide caption

December 29, 2018 • The son of country music legends Johnny Cash and June Carter has compiled a book of Southern recipes handed down in his family through the years.

December 4, 2018 • President George H.W. Bush continues to lie in state in the Capitol Rotunda. A slew of dignitaries pay their respects Tuesday.

November 27, 2018 • What can the government do to keep General Motors from shedding thousands of jobs from its plants in Ohio as the company retracts its small car manufacturing operation?