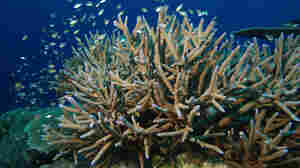 Corals around the world have been dying because of warming waters and pollution. Some researchers hope they can reverse the trend by growing new corals in the lab. Albert Kok/Wikimedia Commons hide caption

December 26, 2017 • Battered by climate change and pollution, coral reefs are dying off. But in Guam, one group of scientists is trying to revive these tiny animals — with the coral equivalent of IVF.

August 17, 2017 • Legal fights over racial and partisan gerrymandering are intensifying and mathematicians think they can help. Specialists in geometry are training to become expert witnesses in redistricting cases around the country. 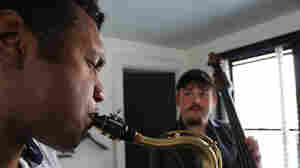 Physicist Stephon Alexander shares his love of science with his students at Brown University, and his love of jazz with musicians around Providence. Ari Daniel for NPR hide caption

June 11, 2016 • Stephon Alexander once downplayed the connections he saw between jazz and physics, concerned that — as "the only black person" in his professional circle — his credibility would be questioned. 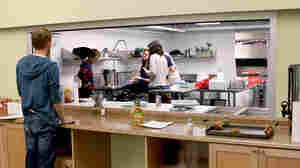 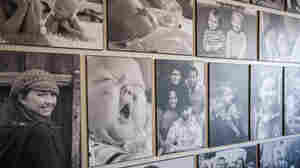 Children's faces line the wall of Soulumination in Seattle. The non-profit is a collection of photographers who volunteer their time to document families with children who are stillborn or terminally ill. Jeff Emtman for NPR hide caption

June 8, 2014 • Grief is idiosyncratic. Some parents are turning to professional photographers to immortalize their terminally ill child, but what soothes one parent may disturb the other. 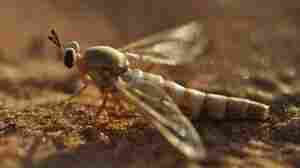 A midas fly touches down on the sands of the desert in the United Arab Emirates. A lake in the area has brought new forms of wildlife, but some scientists are concerned it could harm the habitat of the midas fly. Brigitte Howarth hide caption

October 26, 2012 • In the United Arab Emirates, a new ecology is emerging at a lake formed by desalinated water that's been pumped in from the Persian Gulf.

A Unique Expression Of Love For Math

January 10, 2012 • At a meeting of 6,000 mathematicians in Boston, a reporter finds people dancing, crocheting, knitting and using theater to explore and celebrate their discipline.

A Unique Expression Of Love For Math 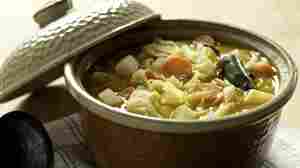 January 1, 2012 • Each Jan. 1, Haitians commemorate independence by eating soup joumou — a dish their former French rulers considered too good for them. The soup is so beloved that it can land some in the hospital. 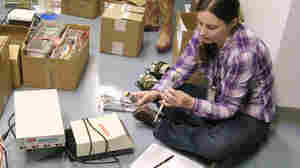 October 16, 2011 • The Jewish harvest festival of Sukkot has begun, and some are melding the observance with the various Occupy Wall Street protests throughout the country. 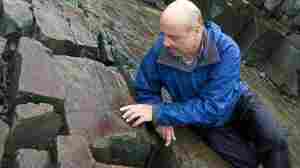 Guy Narbonne, a paleontologist at Queen's University in Ontario, inspects a fossil at the Mistaken Point Ecological Reserve in Newfoundland. It is filled with half-a-billion-year-old treasures like this one.

October 4, 2011 • On the craggy bluffs of Mistaken Point in Newfoundland, wind and waves are licking away rocks to reveal the oldest animal fossils on Earth. The creatures are an economic engine for a suffering area. 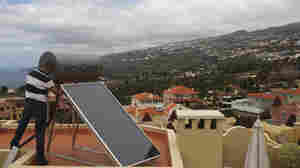 A worker installs a solar panel on the roof of a house in Santa Cruz de Tenerife in the Spanish Canary Island of Tenerife in March 2011. The country's solar sector intends to double its contribution to the national grid by 2020, after an earlier government attempt at boosting the industry failed. Santiago Ferrero/Reuters /Landov hide caption 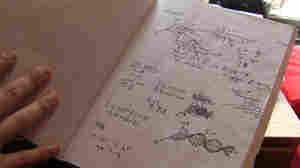 Katz took an advanced physics class at Stony Brook University. He cherishes this page of his notebook, when his professor began teaching about electromagnetism. Ari Daniel Shapiro hide caption

August 8, 2011 • Samuel Katz says he's leading a double life. He'd study in temple, but he didn't tell his family that he was eating taboo food and wanted to go to college outside his ultra-Orthodox Jewish community.

January 26, 2011 • Richard Pollack discovered in the 1990s that schools exaggerated lice problems. Since then, he's accumulated thousands of letters from people who want to identify bugs they see — or imagine. 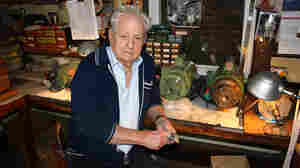 Bill Ferson, 92, has been working at the Vita Needle Company for more than 20 years. He arrives around 4 a.m. four days a week. Ari Daniel Shapiro for NPR hide caption

In Their 90s, Working For More Than Just A Paycheck

November 1, 2010 • Increasingly more Americans are working past the age of 65. At Vita Needle Co. in Needham, Mass., nearly half of the employees are senior citizens, some working in the factory even into their 90s.

In Their 90s, Working For More Than Just A Paycheck