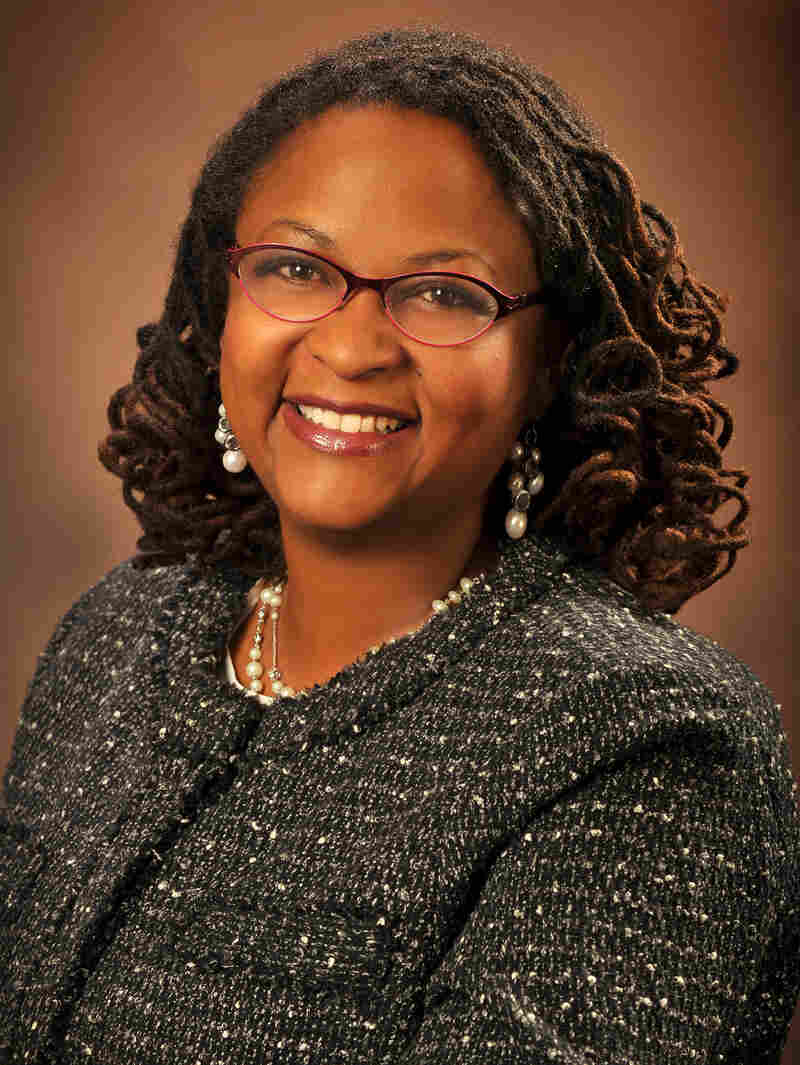 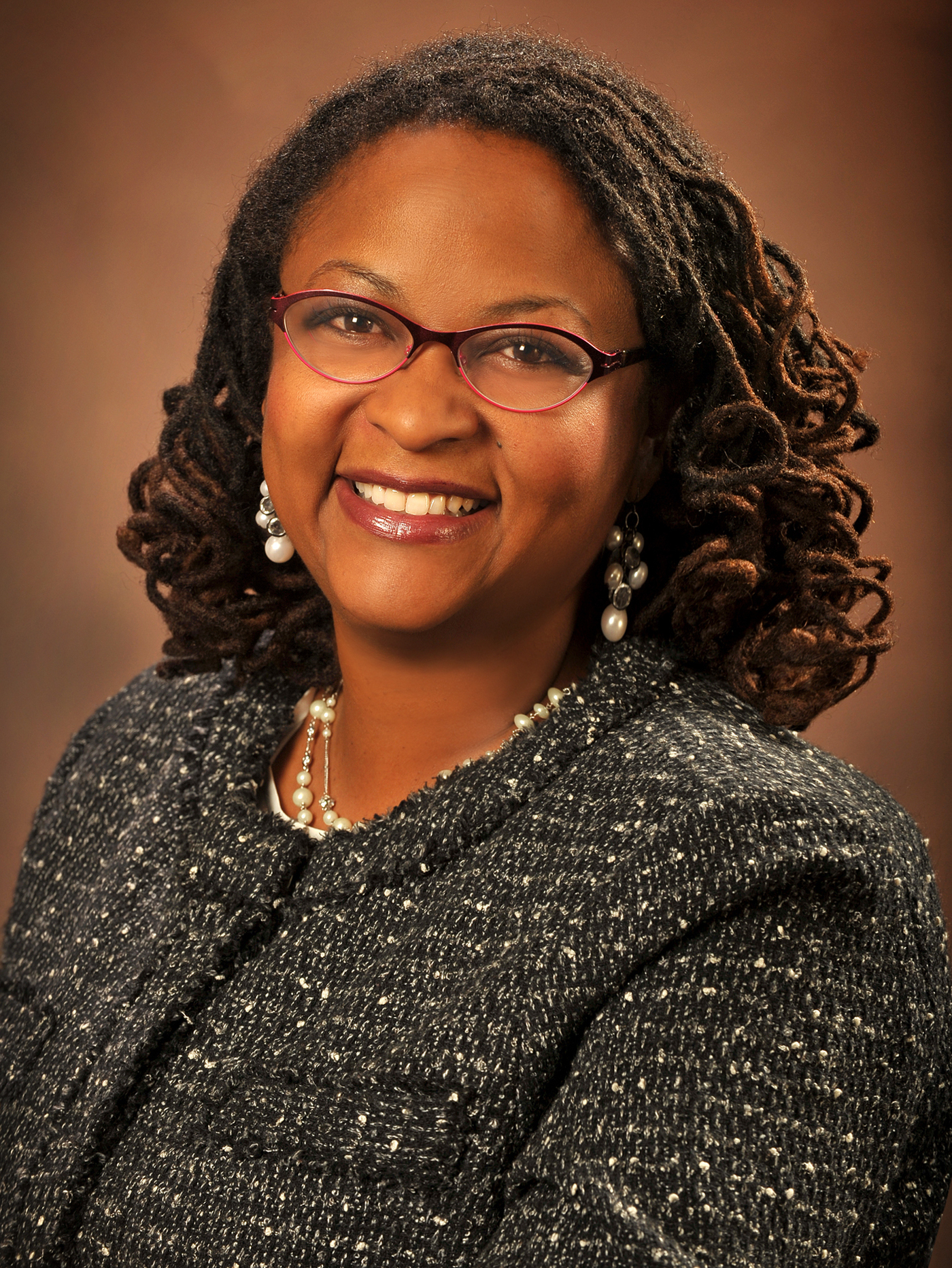 Vickie Walton-James is Chief National Editor for NPR News. She oversees a desk of more than 40 reporters, editors and producers based in Washington, D.C., and in more than a dozen bureaus around the country. National Desk correspondents cover domestic breaking news and beats that include immigration, criminal justice and national security across all NPR platforms. Before assuming her current position in 2014, Walton-James was the network's Deputy National Editor and held other senior management positions.

Prior to joining NPR in 2008, Walton-James was a manager for Tribune Publishing in Washington, where she coordinated the convergence of print, digital and television coverage. She was promoted to that position after serving as the Chicago Tribune's Washington Bureau Chief. In that role, she led coverage of the terrorist attacks of Sept. 11 and their aftermath. She also directed coverage of Washington institutions and issues, including justice, diplomacy, defense and the presidency.

Walton-James began her journalism career in newspapers, reporting and editing for the Kansas City Star. Her beats included criminal justice, social services, city government and residential real estate. She later moved to the Chicago Tribune and was an editor for its national and foreign desks. 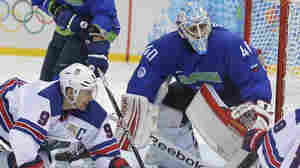 February 16, 2014 • The 5-1 victory at Sochi's Shayba Arena comes a day after the Americans defeated the Russians in a preliminary round. 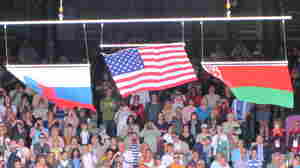 The U.S. flag fell from the display rod during Saturday's Olympic medal ceremony at Wimbledon, after Serena Williams' victory. The flag was collected in the stands and sent onto the court. Vickie Walton-James/NPR hide caption

U.S. Flag Gets Blown Away At Tennis Medal Ceremony

August 4, 2012 • One minute, the American flag was flying in the wind. The next, it was simply flying away. That was the scene Saturday at Wimbledon, after Serena Williams won the gold medal in women's single tennis, beating Russia's Maria Sharapova. 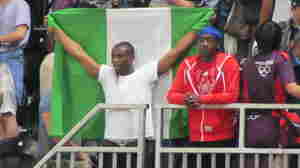 August 4, 2012 • The American men's basketball team has faced criticism for Thursday night's 156-73 blowout victory over Nigeria at the London Olympics. At the arena, NPR editor Vickie Walton-James spoke to Nigerian fans, to learn what they thought about being on the wrong end of a record score 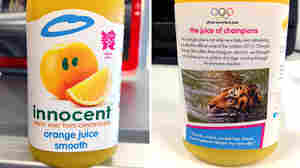 On their bottles, Innocent declares itself the juice of champions — before adding, "rather than bang on about it, we thought we'd show you a picture of a tiger running through his pre-swim checklist." The drinks are a welcome sight at the Olympic media center. Vickie Walton-James/NPR hide caption

With A Tiger's Help, Orange Juice Helps Lighten The Mood At Olympics

July 31, 2012 • When you spend hours on end at a media center, even if it's on an assignment as terrific as the Summer Olympics, the refreshments can get to be, well, familiar. But Innocent juices are a welcome sight in the media center. 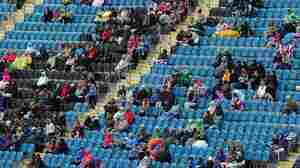 Empty seats and spectators are pictured during the dressage event of the eventing competition at the London 2012 Olympic Games in Greenwich Park, London on Sunday. Carl Court /AFP/Getty Images hide caption

July 29, 2012 • The committee said people should be careful not to come to judgment based on first-day attendance. 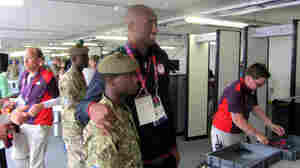 As Team USA basketball player Kobe Bryant passed through a security checkpoint Friday, British soldiers were moved to relax a ban on photography in the area. Vickie Walton-James/NPR hide caption

Place All Metal Objects In The Tray... Oh, Hi Kobe!

July 27, 2012 • We ran into USA Men's basketball at the security sweep today. Yes, even bigtime basketball players and coaches must suffer the indignity of the magnetometer. But the star power did overcome one protocol, against photography in the scanning area. 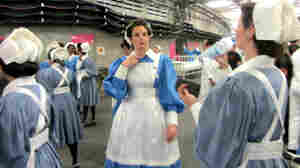 March of the Nurses: A group of performers waits to rehearse their role in the Olympics Opening Ceremony Friday. Vickie Walton-James/NPR hide caption

For Opening Ceremonies, An Olympic Secret Is Hard To Keep

July 24, 2012 • With the London 2012 Opening Ceremony just days away, armies of costumed performers are rehearsing in Olympic Park. They offer clues to the big show, which organizers are trying to keep under wraps. 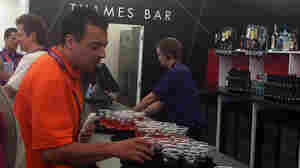 May 19, 2011 • Indonesian President Susilo Bambang Yudhoyono advises emerging democracies to reform their militaries to ensure human rights and the rule of law are respected.