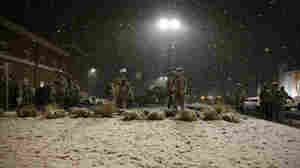 In Ferguson And Across The Country, Protests Are More Subdued

November 27, 2014 • Only about 30 demonstrators were out Wednesday night in Ferguson, NPR's Elise Hu reports, and there were only a handful of sizable protests across the country. 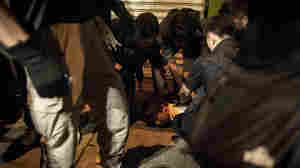 November 18, 2014 • The NHTSA says a full national recall is needed for air bag inflators that have been found to sometimes pepper drivers with metal shrapnel. Advocates say earlier regional recalls were a terrible idea. 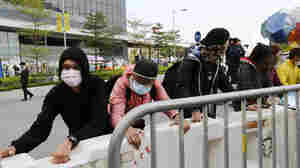 Masked pro-democracy protesters move a barricade farther away from an office tower Tuesday in accordance to a court injunction to clear up part of the protest site, after the arrival of bailiffs outside the government headquarters in Hong Kong. Authorities were preparing to clear part of a key area of the heart of the city that has been occupied by the demonstrators for nearly two months. Tyrone Siu/Reuters/Landov hide caption

November 17, 2014 • Pro-democracy protesters had held the site outside Hong Kong's main government buildings for nearly two months. "We will proceed on the principle of peace and nonviolence," said one protest leader. 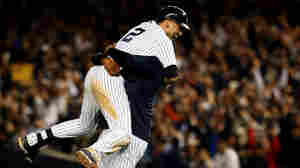 Jeter celebrates after his game-winning RBI in the ninth inning in his last game at Yankee Stadium. The Yankees beat the Orioles 6-5. Elsa/Getty Images hide caption

September 26, 2014 • Derek Jeter's single in the ninth inning propelled the Yankees over Baltimore 6-5 on Thursday night in his last game at Yankee Stadium. The retiring shortstop has played 20 seasons with the team. 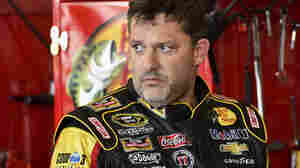 September 24, 2014 • The jury heard testimony from about two dozen witnesses and reviewed photos and videos in coming to its decision. The family of the driver who was killed says, "This matter is not at rest." 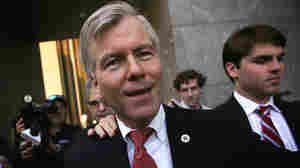 Former Virginia Gov. Bob McDonnell leaves the U.S. District Court for the Eastern District of Virginia with his son Bobby (right) on Thursday in Richmond, Va. McDonnell was found guilty on 11 of 14 charges related to taking gifts from a businessman in exchange for political favors. His wife, Maureen, was found guilty on nine of 14 charges. Alex Wong/Getty hide caption 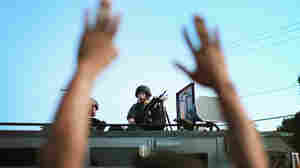 September 3, 2014 • The department will launch an inquiry into the city's police force, with a focus on looking for a pattern or practice of discriminatory policing. 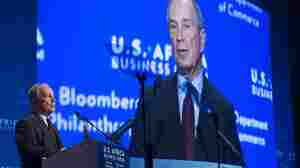 Former New York City Mayor Michael Bloomberg speaks on behalf of Bloomberg Philanthropies Aug. 5 during the U.S.-Africa Business Forum. Bloomberg had been expected to commit most of his post-mayoral time to his charitable work, but said he found the day-to-day dealings at his media company to be too intriguing to stay away. Saul Loeb/AFP/Getty Images hide caption 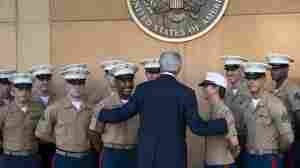 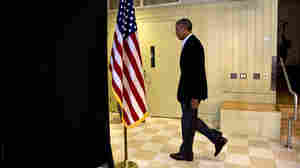 President Obama leaves after making a statement Wednesday about the killing of journalist James Foley in Syria. The president said the U.S. would continue to confront Islamic State extremists despite the brutal murder. Jacquelyn Martin/AP hide caption

U.S. Forces Tried To Rescue Foley, Other Hostages In Syria

August 20, 2014 • The mission earlier this summer, based on intelligence from released hostages, "was not successful because the hostages were not present at the targeted location," the Pentagon reported. 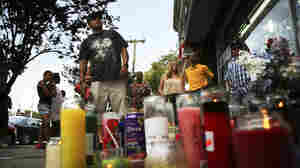 August 19, 2014 • Eric Garner died last month when, as police arrested him in Staten Island, an officer placed him in a chokehold while several others pinned him to the ground. 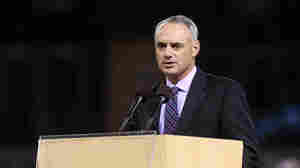 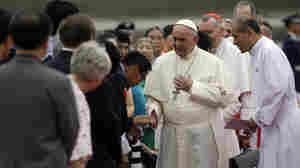 Pope Francis shakes hands with upon his Thursdayarrival in Seoul. The Pontiff arrived in South Korea on the first papal visit to the Asian nation in a quarter century. During his five-day visit, Francis plans to beatify 124 Korean martyrs and encourage a vibrant and growing local church seen as a model for the future of Catholicism. Gregorio Borgia/AP hide caption 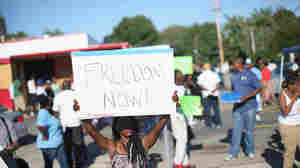 August 13, 2014 • When SWAT officers swept through a McDonald's restaurant, they arrested not just locals, but journalists working for The Washington Post and The Huffington Post, The Associated Press reports.