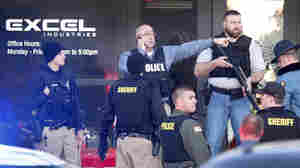 Police guard the front door of Excel Industries in Hesston, Kan., where a gunman reportedly killed three people before being shot to death by a police officer. Fernando Salazar/Wichita Eagle/TNS via Getty Images hide caption

At Least 4 Dead, Including Gunman, At Kansas Manufacturing Plant

February 25, 2016 • Fourteen others were injured after an employee opened fire at Excel Industries. The sheriff said the shootings appeared random, but there were some "things that triggered this particular individual." 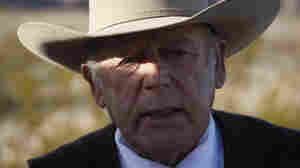 Cliven Bundy Is Charged With Conspiracy And Extortion

February 11, 2016 • The Nevada rancher has been charged with conspiracy, extortion, and assault on a federal law enforcement officer. The FBI arrested Bundy in Portland late Wednesday night. 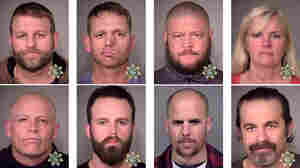 Ammon Bundy And 7 Other Militants Arrested; 1 Killed Near Oregon Refuge

January 26, 2016 • Seven of the arrests took place in Oregon, and one man turned himself in to authorities in Arizona. At least 10 people reportedly are believed to be occupying the federal wildlife refuge.

Ammon Bundy And 7 Other Militants Arrested; 1 Killed Near Oregon Refuge 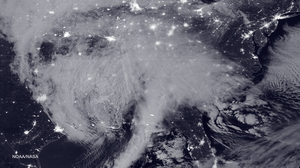 An image taken by satellite in the wee hours of Friday morning shows the storm bearing down on the East Coast. NOAA hide caption

January 22, 2016 • A storm heading up the East Coast is coating roads in ice and blanketing regions in snow, and has shut down Washington, D.C., and several other major cities. 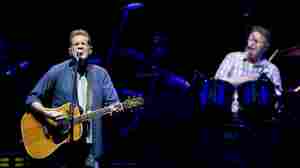 January 18, 2016 • A founding member of one of the best-selling rock bands of all time, Frey was remembered by band mate Don Henley as "funny, bullheaded, mercurial, generous, deeply talented and driven." 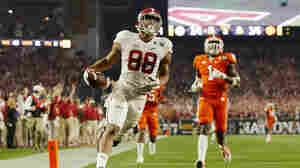 January 11, 2016 • The Crimson Tide and the Clemson Tigers, both better known for their defense, played a high-scoring game Monday night, with Alabama using long passes and an onside kick to get a 45-40 win. 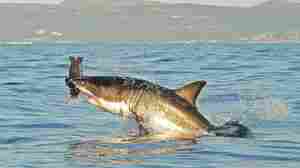 A great white shark breaches the surface in July 2010 as it attacks a decoy seal off the coast of South Africa. Carl De Souza/AFP/Getty Images hide caption

January 8, 2016 • The animals have almost never taken well to being kept in a tank. The shark at the Okinawa aquarium refused to eat. "The shark never had to die like this," a PETA spokesman says. 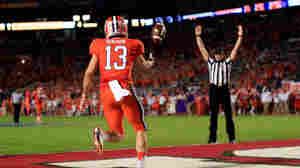 Hunter Renfrow of the Clemson Tigers celebrates scoring a touchdown in the third quarter Thursday against the Oklahoma Sooners during the 2015 Capital One Orange Bowl at Sun Life Stadium in Miami Gardens, Florida. Chris Trotman/Getty Images hide caption

Clemson And Alabama Pummel Opposition, Will Face Off For Football Title 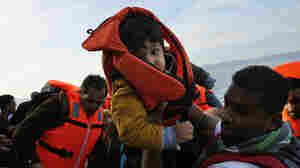 A boy is carried ashore moments after his arrival with other Syrian and Iraqi migrants on the island of Lesbos from Turkey on October 14, 2015 in Sikaminias, Greece. A recent piece in Scientific American highlights the connection between the Syrian refugee crisis and Syria's recent drought. Spencer Platt/Getty Images hide caption

#NPRreads: 3 New Angles On Stories You Thought You Knew 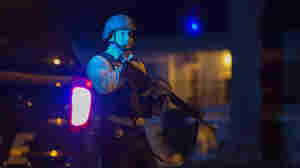 A policeman guards a police line late Wednesday as officers prepare to raid the home of one or more of the suspects in a mass shooting at the Inland Regional Center in San Bernardino, Calif. David McNew/Getty Images hide caption

December 3, 2015 • Information continues to trickle in regarding the deadly shootings Wednesday at Inland Regional Center in San Bernardino, Calif. 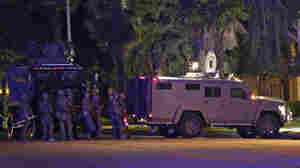 Police officers line the street outside a suspect's home in Redlands, Calif., on Wednesday. Law enforcement officers in San Bernardino killed two people suspected of killing 14 people and wounding 17 others in a shooting at the Inland Regional Center earlier on Wednesday. Mario Anzuoni/Reuters/Landov hide caption

December 2, 2015 • Syed Farook, 28, an American citizen, and Tashfeen Malik, 27, who were in a relationship, are believed to have been the only attackers at a holiday party for Farook's co-workers. 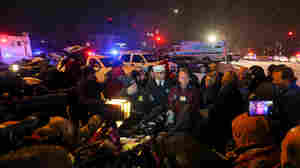 November 27, 2015 • The dead included one police officer from a local university. At least nine other people were hurt, including four police officers. 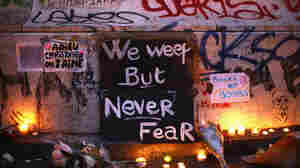 November 14, 2015 • France has reinstated border controls that Europe had abandoned in recent years as they reel from Friday night's terrorist attacks that left at least 129 dead. 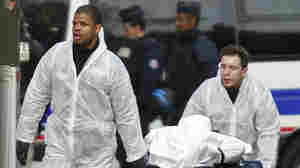 November 14, 2015 • As France copes with shocking violence, the death toll from Friday night's attacks is not yet final and details are beginning to emerge about the attackers. 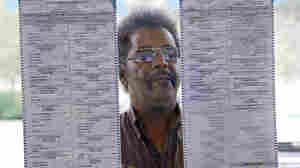 Bobby McMurtry reviews the list of candidates outside his precinct prior to voting in Ridgeland, Miss. Rogelio V. Solis/AP hide caption

Election Day: No Legal Pot In Ohio; Democrats Lose In The South

November 3, 2015 • It's an "off year," but there still were notable initiatives and races around the country. Republicans kept control of the governor's mansion in Kentucky and the Legislature in Virginia.