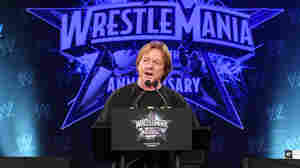 July 31, 2015 • The Canadian entered the WWF as a villain and fought Hulk Hogan and Mr. T in the first Wrestlemania event. The career gave the often-bekilted grappler many chances to show off his bagpipe skills. 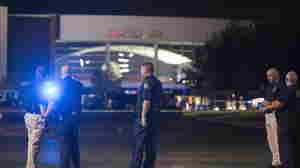 Officials stand by the scene outside a movie theater where a man opened fire on filmgoers Thursday in Lafayette, La. At least two were fatally wounded and seven others injured before the gunman killed himself. Lee Celano/Reuters/Landov hide caption

July 23, 2015 • The shooter was a 58-year-old "lone white male" who was armed with a handgun, police said during a press conference late Thursday. At least three people remain in critical condition. 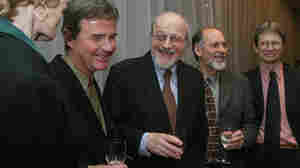 July 21, 2015 • The writer was best known for his works of historical fiction set in the early 20th-century United States. His son told the New York Times that he died Tuesday of complications from lung cancer. 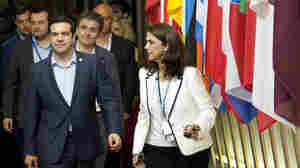 Greek Prime Minister Alexis Tsipras (front left) leaves after a meeting of eurozone heads of state Monday at the EU Council building in Brussels. The summit reached a tentative agreement with Greece for a bailout program that includes "serious reforms," removing an immediate threat that Greece could collapse financially and leave the euro. Francois Walschaerts/AP hide caption

July 13, 2015 • A frantic weekend of activity in Brussels resulted in a new financial rescue deal for Greece, preventing a near-term exit from the eurozone. 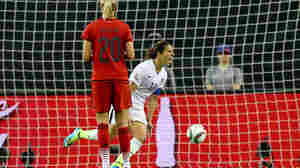 Carli Lloyd of the U.S. (in white) celebrates after scoring on a penalty kick Tuesday night in the Americans' 2-0 World Cup semifinal victory against Germany. Elsa/Getty Images hide caption

June 30, 2015 • In a battle between a fantastic attack and a fantastic defense, the latter prevailed, as two penalty kicks — one made, one whiffed — and a late insurance goal gave the U.S. the win. 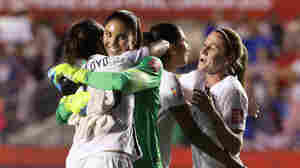 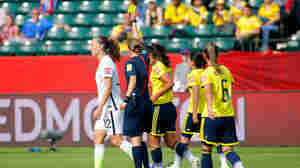 Lauren Holiday of the United States is given a yellow card Monday in the first half against Colombia in a Women's World Cup match in Edmonton, Canada. She also received one in an earlier match against Australia, so Holiday will be suspended for the Americans' next match. Kevin C. Cox/Getty Images hide caption

U.S. Beats Colombia 2-0, But Will Be Shorthanded Vs. China 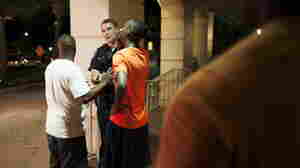 A man reacts while talking to police officer Wednesday night near the scene of shooting at the Emanuel AME Church in Charleston, S.C. Randall Hill/Reuters/Landov hide caption

June 18, 2015 • Police are still searching for a suspect in the attack, described as a young white man. Charleston police chief Gregory Mullen says the shooting will be investigated as a hate crime. 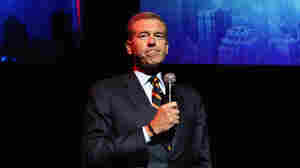 Brian Williams will be making a shift to MSNBC, according to reports from CNN and other news organizations. Monica Schipper/Getty Images hide caption

Report: Brian Williams Out As Anchor, But Will Stay With NBC

June 18, 2015 • CNN and other news organizations report Williams will shift over to MSNBC, where he'll cover breaking news, while Lester Holt will remain as anchor of NBC Nightly News. 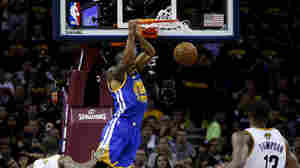 Andre Iguodala dunks Tuesday during Game 6 of the NBA Finals in Cleveland. The Golden State forward was named Most Valuable Player of the NBA finals. Ezra Shaw/Getty Images hide caption

June 16, 2015 • As in the previous two games, the thin-benched Cleveland Cavaliers are able to keep things close early before running out of gas, letting Stephen Curry and the Warriors cruise to the title. 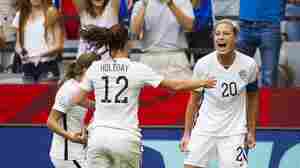 Abby Wambach of the U.S. (from right) celebrates with teammates Lauren Holiday and Tobin Heath after scoring against Nigeria at the end of the first half Tuesday during the FIFA Women's World Cup in Vancouver, Canada. Ben Nelms/EPA/Landov hide caption

June 16, 2015 • The victory, thanks to a goal by Abby Wambach, eases the Americans' path toward the World Cup, while the Nigerians were eliminated by the loss. 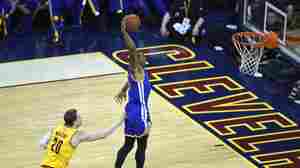 Warriors' Shooters Break Out Of Slump To Tie NBA Finals, 2-2

June 11, 2015 • Golden State breezed to an 103-82 road win thanks to efficient scoring from Stephen Curry and Andre Iguodala, who made his first start of the season Thursday night. 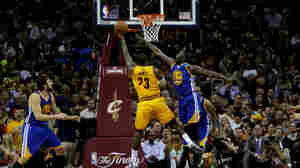 LeBron James of the Cleveland Cavaliers shoots Tuesday against Draymond Green of the Golden State Warriors in the second quarter during Game Three of the NBA Finals in Cleveland. Mike Ehrmann/Getty Images hide caption

June 9, 2015 • As the playoffs began, the Warriors were viewed as nearly unstoppable, particularly against an inferior Eastern Conference team in the NBA finals. The Cavaliers dominated most of Tuesday's game. 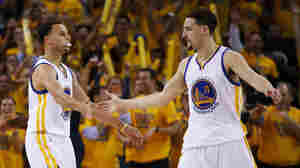 Stephen Curry, left, and Klay Thompson of the Golden State Warriors celebrate in the second quarter Thursday night against the Cleveland Cavaliers during Game One of the 2015 NBA Finals in Oakland, California. Ezra Shaw/Getty Images hide caption

June 4, 2015 • Golden State's 108-100 victory came despite 44 points from Cleveland's LeBron James. Kyrie Irving added 23 for the Cavaliers but limped off the court with two minutes left in the game.