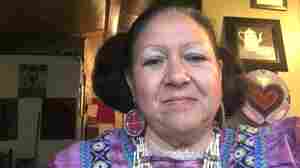 May 8, 2020 • Kay Oxendine of the Haliwa Saponi Tribe in North Carolina, was set to serve as the first woman to emcee of the tribe's annual powwow — until the event was canceled amid the coronavirus pandemic. 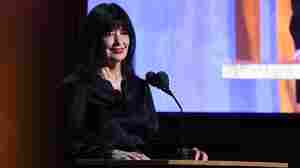 Joy Harjo — seen here at a Hollywood gala in 2019 — has been appointed to a second term as U.S. Poet Laureate. VALERIE MACON/AFP via Getty Images hide caption

Joy Harjo Gets A Second Term As U.S. Poet Laureate

April 30, 2020 • Joy Harjo, the nation's first Native American to serve as Poet Laureate, was appointed to a second term by Librarian of Congress, Carla Hayden. 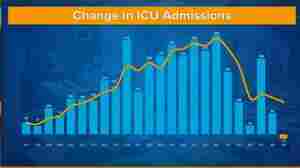 April 10, 2020 • Governor Andrew Cuomo says he's cautiously optimistic that the COVID-19 infection rate is slowing in New York. He called for federal help to ramp up mass scale testing as a step to ease the shutdown. 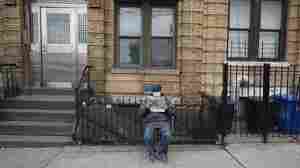 April 9, 2020 • Bill de Blasio and Andrew Cuomo both point to signs of good news in the coronavirus data, but say that restrictions on nonessential workers and businesses must continue. 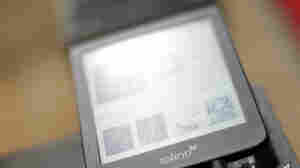 E-readers are lined up at the 2019 Frankfurt Book Fair in Germany. Daniel Roland/AFP via Getty Images hide caption

March 18, 2020 • At a time when libraries are closed because of the coronavirus, Macmillan has reversed a policy it adopted last fall limiting the e-books it would sell to each library just after publication.

March 12, 2020 • A New York judge sentenced Harvey Weinstein to 23 years in prison for sex crimes including rape. Hours later he was rushed to a hospital. A spokesperson told NPR it was for "ongoing heart problems."

Harvey Weinstein Sentenced To 23 Years In Prison For Sex Crimes

Harvey Weinstein Sentenced To 23 Years In Prison For Sex Crimes

February 24, 2020 • A New York jury has convicted former movie mogul Harvey Weinstein of rape and committing a criminal sexual act. Weinstein was found not guilty of the most serious charges of predatory sexual assualt.

Harvey Weinstein's Fate Is In The Hands Of A Manhattan Jury

Harvey Weinstein's Fate Is In The Hands Of A Manhattan Jury

February 15, 2020 • The sex crimes trial of former Hollywood producer Harvey Weinsten is going to the jury. And, after two weeks of testimony, NPR's Rose Friedman says covering it has been challenging and fascinating.

February 14, 2020 • The prosecution made its final arguments in the sex crimes trial of former movie producer Harvey Weinstein. The case rests on whether the jury believes the six women who testified against Weinstein.

February 7, 2020 • The prosecution has rested its case in the Harvey Weinstein trial in New York. It is his defense team's turn to present its side. Weinstein has pleaded not guilty to all charges.

February 1, 2020 • Jessica Mann, one of two women Harvey Weinstein is charged with raping, testified in a Manhattan courtroom Friday. She says she maintained a relationship with him because of inexperience and naivete.