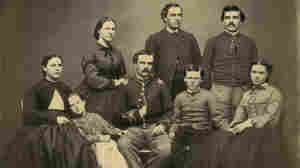 Horace Wilson and other members of his family in a portrait believed to date to the 1860s. He's the mustachioed fellow standing at top right. Courtesy of Abigail Sanborn hide caption

March 28, 2014 • After the Civil War, Horace Wilson left his farm for Japan, where he introduced baseball. He's a legend there, something his relatives, including NPR's Theo Balcomb, didn't know for generations. 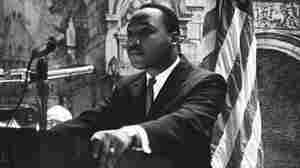 January 20, 2014 • Curators and interns at the New York State Museum were digging through their audio archives in an effort to digitize their collection when they unearthed a treasure: a reel-to-reel tape. 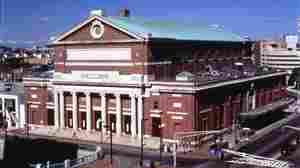 Moved By Kennedy's Death, The Boston Symphony Played On

November 21, 2013 • The orchestra was mid-performance when news of the president's assassination reached the symphony hall in 1963. The musicians had to decide: suspend the concert or continue? Their decision transformed a moment of shock into a moment of shared consolation.

Moved By Kennedy's Death, The Boston Symphony Played On 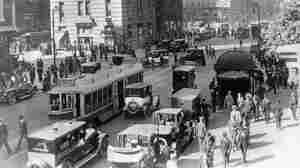 October 22, 2013 • A team led by Emily Thompson, a history professor at Princeton, has matched noise complaints from New York City in the Roaring '20s with the actual street sounds of the day.

Crossing The Border Between Haves And Have-Nots

October 20, 2011 • NPR production assistant Theo Balcomb has been traveling a lot lately. First she spent a weekend in a New York mansion, then her work took her to Spartanburg, S.C. where the poverty rate is 11.1 percent. She has this reflection on traveling between two very different economic climates.

A Trip Down the Yellow Brick Road

September 18, 2009 • Theo Balcomb, guest blogger Theo Balcomb, age 4. (family photo) The Wizard of Oz is celebrating its 70th anniversary this year. My parents tell me it was the first movie I ever saw, though I don't remember actually seeing it for the fi...