Fashion, A La Mode Again At The Multiplex

September 28, 2009 • Hollywood and haute couture have always been a good fit: From the cinematic runways of Stanley Donen's Funny Face to the behind-the-scenes tastemaking of The September Issue, fashion and the business of it have long been favorite topics on film. Bob Mondello charts the trend.

Fashion, A La Mode Again At The Multiplex 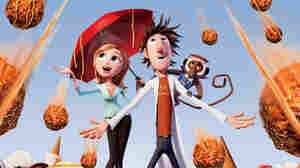 A Delectable 3-D Downpour: After countless failed experiments, a scientist seeking to solve world hunger gets a little more success than he bargained for when he figures out how to turn water into food. Sony Pictures Animation hide caption

September 18, 2009 • The animated 3-D adaptation of the 1978 children's book Cloudy With a Chance of Meatballs serves up a lot of laughs, as well as some food for thought. Critic Bob Mondello says the script is chock-full of wit, with some real-world crunch to boot. 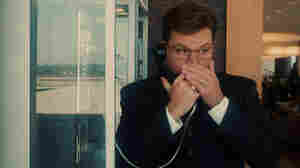 September 18, 2009 • Steven Soderbergh's The Informant! is based on the true story of a corporate executive turned whistle-blower, played by Matt Damon. Critic Bob Mondello says the film is "hardly a disaster" but adds that the exclamation point isn't quite deserved.

September 17, 2009 • Based on J.M. Coetzee's best-selling novel, Disgrace explores the racial landscape of South Africa through the exploits and exploitations of a deeply flawed poetry professor. John Malkovich stars in this elegant and disturbing portrait of race and power. 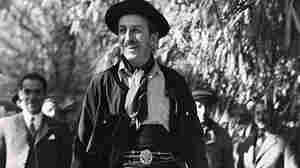 In Character: Cartoonists in Argentina hosted a barbecue during Disney's visit. He showed up in full gaucho dress, and many joked that he looked more authentic than his hosts. courtesy of Brian Lansburgh hide caption

September 10, 2009 • In 1941, as Nazi Germany made diplomatic efforts in Latin America, the U.S. state department looked to Walt Disney for its counteroffensive. Walt & El Grupo tells the story of Disney's goodwill tour, and the impact it had on the studio's animation. 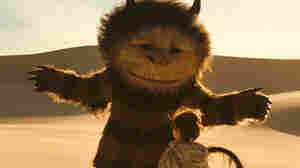 Don't blink: James Gandolfini as Carol and Max Records as Max in Where The Wild Things Are. Warner Bros. Pictures hide caption

September 7, 2009 • The summer blockbuster season is wrapping up, which means it's time for a cooler (and cooler-headed) stretch of quieter films. Autumn will bring relationship dramas, musicals, swooning romances and — OK, fine — a couple of films about the end of the world. Bob Mondello has a preview. 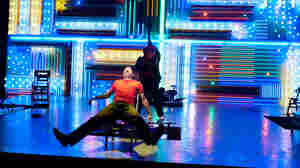 August 24, 2009 • For the last two summers, movie musicals have been big hits, so you'd expect Hollywood to stock the multiplex with more of the same. Instead, this summer, there are no musicals at all. But a cluster of movies will set audience toes tapping to the beat of a specific moment in time.

August 7, 2009 • A new DVD of the BBC's legendary Playing Shakespeare series — with Judi Dench, Ian McKellen and more — has critic Bob Mondello mulling over what the bard knew about "holding the mirror up to nature."

August 6, 2009 • John Hughes, the director of 1980s' coming-of-age films like Sixteen Candles and The Breakfast Club has died in Manhattan. He was 59. 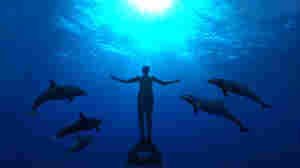 A Date With Dolphins, And Death, In 'The Cove'

August 1, 2009 • In an isolated village in Japan, an annual hunt rounds up thousands of dolphins. A few go to marine parks; the rest never return to the sea. A stirring new documentary lifts the veil on the annual dolphin hunt.

A Date With Dolphins, And Death, In 'The Cove' 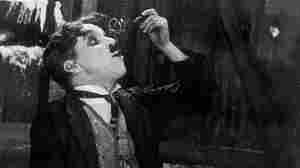 Food by the foot: In The Gold Rush, an unfortunate run of bad luck lands The Tramp (Charlie Chaplin) in Alaska with nothing left to eat but an old shoe. Photofest hide caption

July 28, 2009 • Tired of giant sodas and theater nachos at your local cineplex? Film critic Bob Mondello offers a tasting menu of movies that will whet your appetite for something more than popcorn.

'In The Loop': Wartime Fever As Screwball Tragedy

July 23, 2009 • A blistering British political satire, In The Loop plays bureaucratic bungling in the run-up to war for scabrous laughs — not a few of which will be pained laughs of recognition.

'In The Loop': Wartime Fever As Screwball Tragedy

July 17, 2009 • When people in Buenos Aires are thirsty for the American soda, they have long ordered something they call "Pecsi." Not "Pepsi." The idiosyncratic pronunciation has become the focus of a Pepsi ad campaign.

July 16, 2009 • With a wave of his wand, Harry Potter can separate movie patrons from their money. But he can't magic away the swine flu virus. Critic Bob Mondello files from Argentina, where the blockbuster's opening was postponed a week.