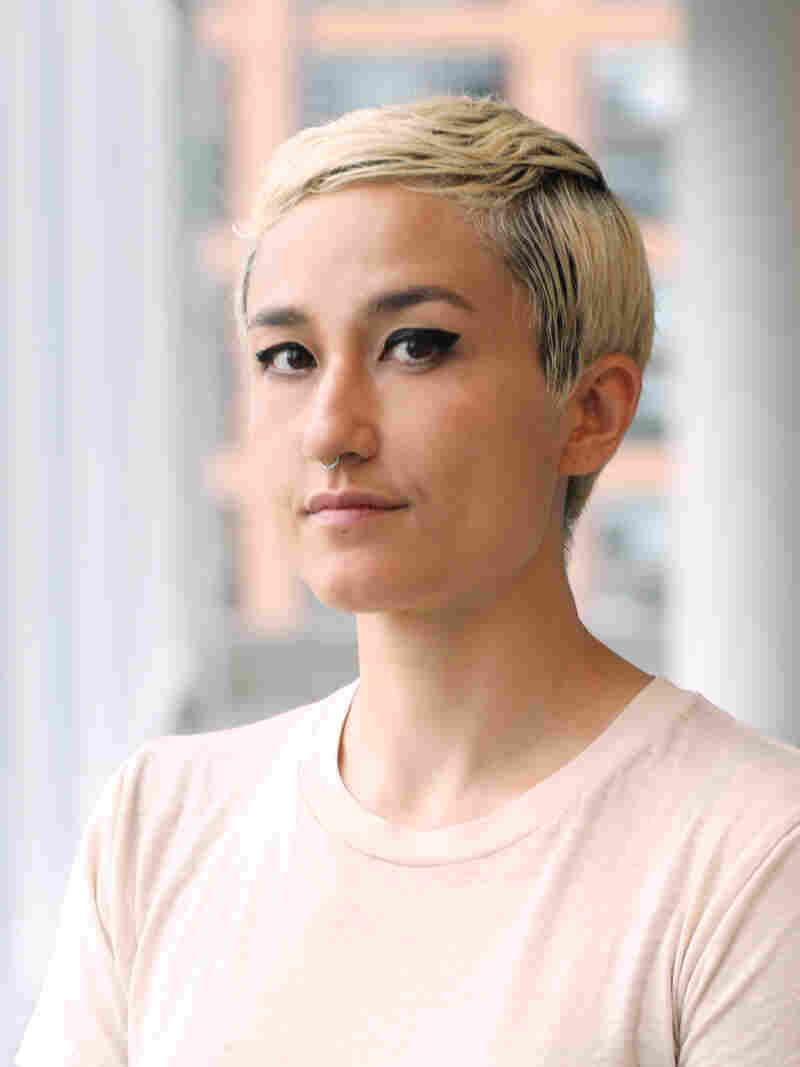 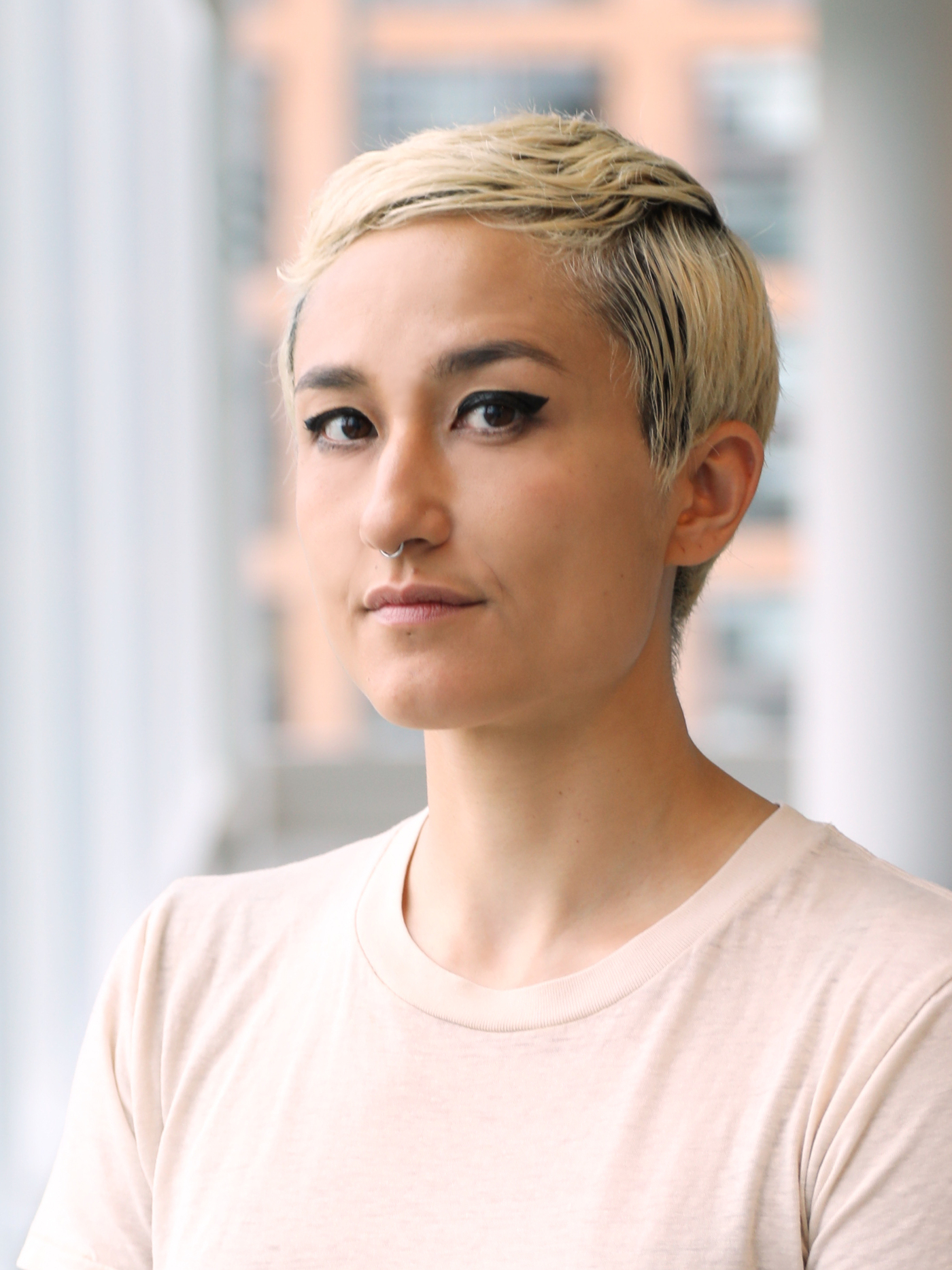 Mito Habe-Evans (she/her) co-manages NPR's Video team and is responsible for the creative direction and sensibility of NPR videos. She leads the team in its pursuit of projects that are "smart with heart," from the comedic economics explainer series Planet Money Shorts to the short film Senior Spring, a national portrait of teens and guns. She developed NPR's signature documentary style with What Democracy Looks Like and One Nation Under The Sun.

She splits her time acting as Supervising Producer for various ongoing series and stepping into the field as Director/Producer/Editor on format-breaking enterprise projects. Some of her stranger productions have involved stitching together 223 takes of OK Go performing in a flatbed truck, filming a 350-person performance on the steps of the Brooklyn Public Library, wrangling 3 hedgehogs on a miniature apartment set, completing 4 scene and wardrobe changes around Bob Boilen in a single shot and stringing together 14 scenes into two continuous 30-second channel-flipping videos.

She created the series Front Row, developing NPR's style and technical capacity for multi-camera live concert video, highlights of which include T-Pain and Savages. She created the Field Recordings series, where she established a cinematic style for intimate performances in unusual locations. Highlights include Yo-Yo Ma goofing around in a Brooklyn prop house, Brody Dalle in an Indian restaurant full of Christmas lights, and Mac DeMarco floating in a rowboat. She brought this cinematic and intimate aesthetic to NPR's interviews with President Obama and Philip Glass, and to the Noteworthy series featuring Miguel and Dua Lipa.

She received her B.A. in Molecular & Cell Biology, Neurobiology at UC Berkeley and worked in a lab at Northwestern University before taking a professional turn and entering the photojournalism master's program at the University of Missouri. She lives in Brooklyn. 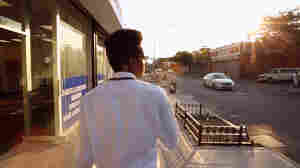 August 6, 2015 • We talked to some young people in struggling Brownsville, Brooklyn, to learn how they're spending this long, hot summer. 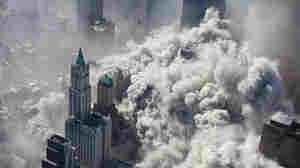 Sept. 11 Through The Eyes Of VII, Magnum And Life

September 10, 2011 • Some of the most arresting images from Sept. 11 were collected by Life magazine, Magnum and VII. 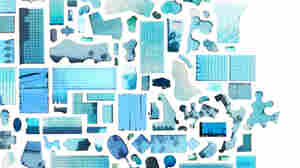 'Collecting' Swimming Pools And Stadiums: Art Made From Google Maps 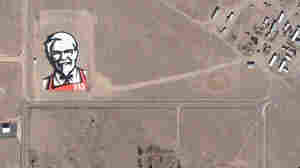 KFC astrovertisement seen from above in Google Maps. Courtesy of Google hide caption

What On Earth? Art And Ads That Can Be Seen From Space

July 26, 2011 • Unusual views from Google Earth show what could be the next phase in marketing. 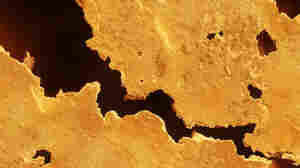 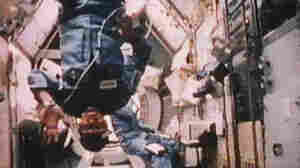 The Astronaut's Guide To Life In Space

July 12, 2011 • An "instructional" video shows how astronauts have fun in space. 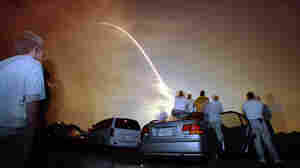 Onlookers crowd around their cars in the NASA causeway as they watch the US Space Shuttle Atlantis blast off into orbit from launch pad 39-B at Kennedy Space Center in the early morning hours of July 12 2001. Brian Cleary/AFP/Getty Images hide caption 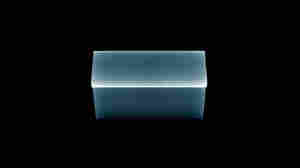 Don't Look At This; It's Digital Detox Week

April 18, 2011 • Berlin-based photographer Stephan Tillmans turns off televisions like it's his job. 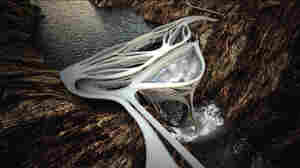 April 12, 2011 • Imagine a sleek new Hoover Dam or a pollution-fighting skyscraper. Those things aren't too far-fetched for designers in a recent architecture contest. 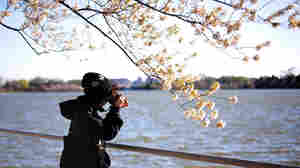 April 9, 2011 • The National Cherry Blossom Festival turns Washington, D.C., into the camera capital of the nation. 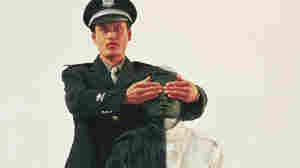 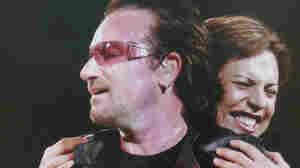 March 30, 2011 • Remember that time you met Bono? Or the dude from Def Leppard? We asked for your photos, and here are our picks! 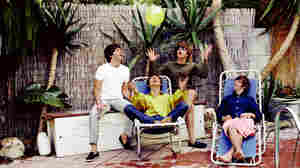 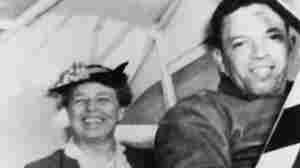 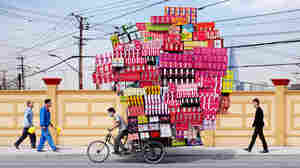 March 22, 2011 • Alain Delorme blurs the line between fake and real with his images of migrant workers in Shanghai.