July 10, 2020 • The pandemic has hindered climate data collection from ships and buoys in the oceans. The U.N. warns it could negatively affect climate models' accuracy unless scientists find new ways to gather data. 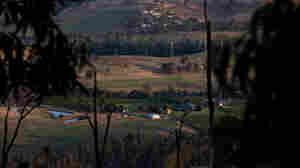 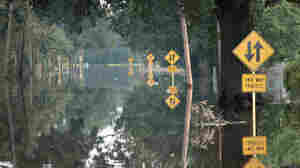 July 6, 2020 • States including Virginia and Texas have set aside significant money to address flooding. Local officials hope it will help pay for flood prevention projects that the federal government won't fund.

July 4, 2020 • COVID-19 cases are surging in several states. In some places, officials are urging people to stay home and enjoy July 4th celebrations, like fireworks, from their houses.

June 23, 2020 • Temperatures in a Siberian town were reported to hit 100 degrees Fahrenheit on Saturday. That would be a record for the highest temperature documented above the Arctic Circle. 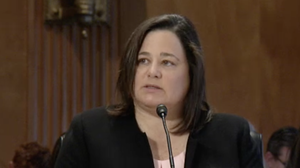 June 16, 2020 • Nancy Beck is the Trump administration's nominee to lead the Consumer Product Safety Commission for a seven-year term. Many scientists and public health experts warn she is a dangerous choice. 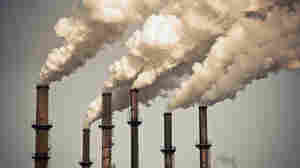 June 9, 2020 • The EPA does not require companies to notify federal regulators if the pandemic interferes with pollution monitoring or reporting. That leaves states alone on the front lines of pollution control. 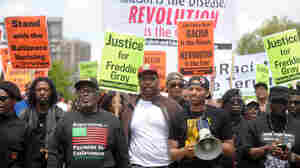 June 4, 2020 • Unlike the demonstrations that rocked the city five years ago after Freddie Gray, 25, died in police custody, this week's unfolded peacefully. Local activists are helping to avoid unplanned violence. 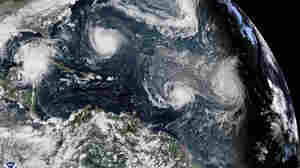 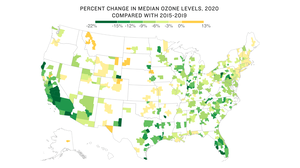 May 19, 2020 • Car traffic took a big dip beginning in late March, and headlines celebrated clean air around the U.S. But an NPR analysis of EPA data tells a more troubling story. 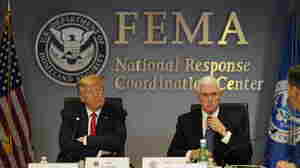 May 11, 2020 • The agency usually provides funding for legal aid hotlines after disasters. But the White House has not approved such funding for those affected by the coronavirus pandemic.

May 8, 2020 • It is very difficult for people hospitalized with COVID-19 to communicate with their families. At one medical center, psychologists are helping with some of those tough conversations. 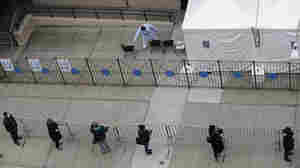 People stand in line at a coronavirus testing site in Harlem. In an effort to test more people for the virus, New York and other cities have begun offering door-to-door screening and at-home testing. Seth Wenig/AP hide caption

May 2, 2020 • EMTs are offering at-home coronavirus testing in at least four cities including New York City. The goal is to test people who might not seek it out on their own, and find people who need medical care.

April 27, 2020 • Medical staffs are reeling from the changes COVID-19 has brought to intensive care units — from redesigning the spaces to changing what it means to care for patients who are facing death alone. 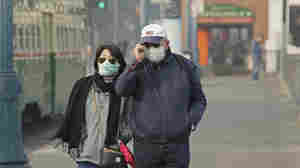 April 21, 2020 • More Americans are breathing unhealthy air, even though overall air pollution has decreased in recent decades. In the tug-of-war between air regulations and climate change, global warming is winning.