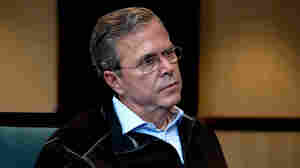 December 31, 2015 • The former Florida governor offered up a theory on Donald Trump, which has provoked a lively debate on social media, in a year-ending interview with NPR News. 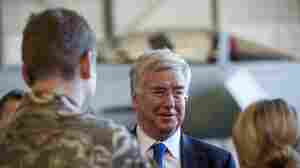 Michael Fallon, British secretary of state for defense, talks to forces at a British air base in Cyprus on Dec. 5, days after a Parliament vote approving U.K. airstrikes against ISIS in Syria. EPA/Landov hide caption

LISTEN: The Man Who Picks British Bombing Targets In Syria

December 11, 2015 • U.K. Defense Secretary Michael Fallon tells NPR that he has insisted on personally signing off before Royal Air Force Tornado warplanes strike any target in the campaign against ISIS.

December 3, 2015 • President Obama spoke Thursday, calling for thoughts and prayers for the victims of Wednesday's shooting in San Bernardino, and saying "we all have a part to play" in preventing such violence.

December 3, 2015 • Investigators are combing through data for clues about motives in the San Bernardino attack. A married couple opened fire on a workplace holiday party and seemed to have planned at least the getaway.

December 1, 2015 • After attending international climate negotiations, the president said, "I think the issue is just going to be the pace, and how much damage is done before we are able to fully apply the brakes." 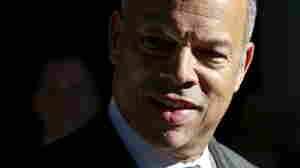 LISTEN: 'We Have An Obligation' To Refugees, Says Homeland Security Chief

December 1, 2015 • Jeh Johnson tells NPR's Morning Edition that the existing U.S. refugee program is "probably the most thorough, multilayered, time-consuming way for anyone to cross our borders." 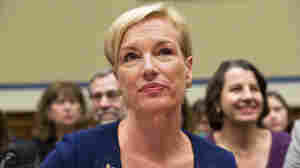 November 30, 2015 • In an interview on NPR's Morning Edition, Cecile Richards spoke about Friday's attack at a facility in Colorado Springs and about an "incredible escalation of harassment and intimidation" at clinics.

November 23, 2015 • In one of the biggest health care mergers ever, Pfizer says it has clinched a deal to buy Allergan for over $150 billion. Pfizer says it plans to move its headquarters to Dublin to avoid U.S. taxes. 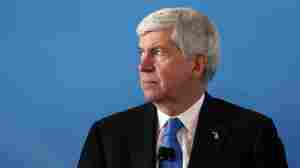 November 20, 2015 • Michigan Gov. Rick Snyder, a self-described pro-immigration Republican, was the first to ask for a pause on Syrian refugees to be relocated to his state. 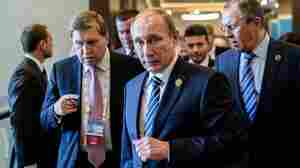 November 19, 2015 • Diplomat Tony Blinken tells NPR's Steve Inskeep that settling the conflict in Syria may be the only honorable way for Russia to get out of its intervention in that country. 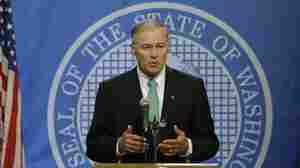 November 18, 2015 • Jay Inslee is declining to join the many governors who say they don't want Syrian refugees within their borders. 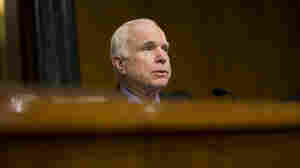 November 17, 2015 • In an interview with Morning Edition, the Republican senator criticized the administration's strategy against ISIS, following the president's remarks Monday.

Update On French Airstrikes In Syria

November 16, 2015 • France has struck back at ISIS. French warplanes hit the capital of the region controlled by the Islamic State, the Syrian city of Raqqa.

Update On French Airstrikes In Syria 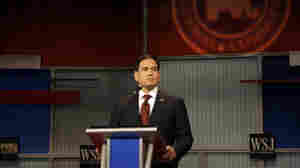 Marco Rubio stands alone during a Republican presidential debate in Milwaukee on Tuesday. He spoke to NPR about a hot-button issue in that debate — immigration. Jeffrey Phelps/AP hide caption

November 11, 2015 • Sen. Marco Rubio, who's gaining in the presidential race, supported and helped craft the Senate immigration bill. He's backed away from it somewhat, but clarified his stance in an interview with NPR.

October Jobs Report Is Best Yet This Year

November 6, 2015 • Employers added 271,000 jobs in October. The pace of hiring far exceeded expectations, and may increase chances that the Federal Reserve will hike interest rates at its next meeting.

October Jobs Report Is Best Yet This Year