December 31, 2014 • The CBC's standing in Canadian society is under scrutiny and even attack in the wake of the sex assault scandal embroiling its former star host, Jian Ghomeshi.

December 12, 2014 • As a cable news host, Al Sharpton is covering big stories such as the deaths of Michael Brown and Eric Garner involving his work as an activist. There can be tension in the two roles.

December 9, 2014 • Owner Chris Hughes says his shakeup of the magazine aims to create a sustainable means for its commentary and long-form political profiles, but departing journalists see his plan as destructive.

December 8, 2014 • The magazine saw an exodus of 50 top contributors in the days after billionaire owner Chris Hughes, formerly of Facebook, announced The New Republic was going to move to New York and transform.

December 5, 2014 • Rolling Stone says new discrepancies have emerged in its recent story about an alleged campus rape at the University of Virginia.

November 25, 2014 • Kinsey Wilson was NPR's chief content officer when he was forced out last month by the network's new CEO, Jarl Mohn.

November 24, 2014 • ABC and Univision launched Fusion a year ago. The channel was designed to appeal to young Hispanics who consume content in English. Fusion pivoted immediately, hoping to appeal to all millennials. 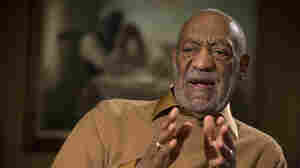 Entertainer Bill Cosby gestures during a Nov. 6 interview about an upcoming Smithsonian exhibit featuring his family's extensive African-American art collection. Later in the interview, and in a subsequent NPR interview, Cosby refused to comment on the recently renewed attention given to rape allegations against him. Evan Vucci/AP hide caption

In NPR And AP Cosby Interviews, A 'No Comment' That Said Everything

November 22, 2014 • After rape allegations against him gained renewed scrutiny in October, Bill Cosby stayed quiet. NPR had one of the first chances to get that silence on record, and led AP to reconsider its coverage.

November 20, 2014 • A new BBC documentary shines a bright light on the so-called "Fake Sheikh," an infamous British tabloid writer who posed as a Middle Eastern sheikh and enticed people into sometimes illegal behavior.

November 12, 2014 • The editorial page editor of The Washington Post says he will append editor's notes to four columns by Fareed Zakaria, saying the columns failed to credit sources sufficiently.

November 3, 2014 • Internal tension at the digital journalism outfit First Look spilled into public view this week. As First Look itself reported, a spat between journalists and the company's billionaire founder ended with the departure of one of its most prominent employees, writer Matt Taibbi.

October 30, 2014 • A Canadian actress has put her name to allegations of forcible sex, joining more than a half dozen others who have anonymously told the Toronto Star that they were assaulted by recently-fired CBC host Jian Ghomeshi.

At Ben Bradlee's Funeral, Mourners Mark More Than His Life

At Ben Bradlee's Funeral, Mourners Mark More Than His Life 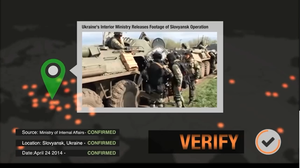 Storyful is making a business out of verifying material on social media for journalists and news organizations. Storyful hide caption

October 29, 2014 • Journalists regularly turn to this social media organization to seek out and verify online material that could bolster traditional reporting.