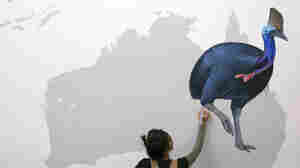 U.S. To Pull Out Of International Arms Control Agreement

October 21, 2018 • President Trump says he will pull the U.S. out of a 1987 arms control treaty with Russia. It was a treaty signed by President Reagan designed to reduce the dangers of nuclear war.

U.S. To Pull Out Of International Arms Control Agreement 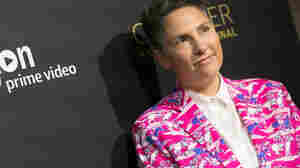 Jill Soloway is the creator of Transparent — their new memoir is called She Wants It. Gabriel Olsen/FilmMagic hide caption

October 21, 2018 • The creator of the hit show about a trans woman and her family says patriarchy and white supremacy have a hold on storytelling in Hollywood — and other people want a chance to speak. 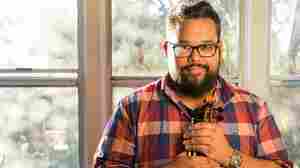 Vijay Gupta is a violinist for the Los Angeles Philharmonic whose life's work has been to make music accessible to all. That passion caught the attention of others and this year he was awarded a MacArthur Foundation Fellowship. Roman Cho/Courtesy of the John D. and Catherine T. MacArthur Foundation hide caption

October 13, 2018 • Violinist and social justice advocate Vijay Gupta, one of the 2018 winners of the MacArthur Fellowship, speaks about his work in under-resourced communities in Los Angeles and what's next. 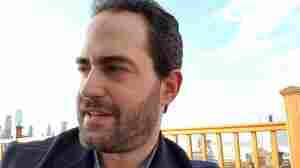 An Abundance Of Jacobs

October 7, 2018 • After years as the most popular baby name in America, waves of Jacobs are entering the workforce, dating world and college. Wall Street Journal reporter Jacob Gershman talks with Lulu Garcia-Navarro.

An Abundance Of Jacobs 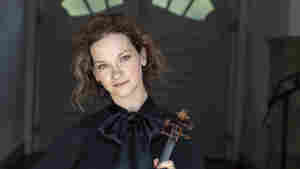 "Every time I learn something new about the music, I then bring [that] into the next performance," Hilary Hahn says. Dana van Leeuwen/Courtesy of the artist hide caption

Back To Bach: Hilary Hahn Rekindles An Old Love

October 7, 2018 • When the violinist was just 17, a stunning Bach debut album launched her career. Over two decades later, she returns to finish up the set of pieces she started as a teenager.

Back To Bach: Hilary Hahn Rekindles An Old Love 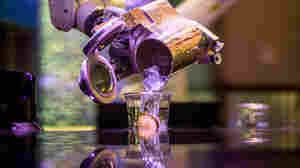 Robotic arms make cocktails at The Tipsy Robot in Las Vegas. The bar allows customers to create numerous drink combinations after placing their order though an app. Joe Buglewicz for NPR hide caption

October 7, 2018 • Hotels and casinos are turning more and more to technology, and according to one estimate, the city could lose up to two-thirds of its jobs to automation by 2035. 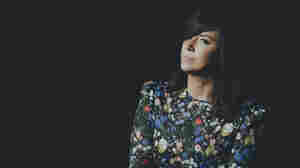 "There's so much pain that people carry and try to avoid," Cat Power says. "That's why music is so incredible." Eliot Lee Hazel/Courtesty of the artist hide caption

'Life Is A Lesson, And Sometimes It's Difficult To Learn': Cat Power Steps Forward

October 5, 2018 • Six years since her last album, Cat Power has returned. The singer-songwriter talks about motherhood, memories and her latest album 'Wanderer.'

'Life Is A Lesson, And Sometimes It's Difficult To Learn': Cat Power Steps Forward 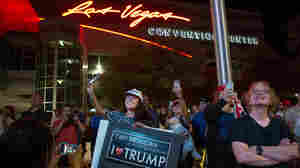 Supporters gather outside the Las Vegas Convention Center as they watch President Trump's rally on screens in the parking lot on Sept. 20. Allison Shelley for NPR hide caption

October 3, 2018 • Dean Heller is the only Republican in the Senate up for re-election in a state that Hillary Clinton won. Latino union workers are a key voting bloc for his Democratic opponent, Rep. Jacky Rosen. 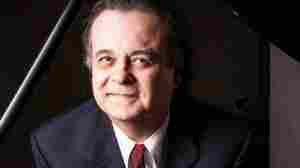 September 30, 2018 • An emotionally exhausting week calls for music that helps you to unwind and just breathe. 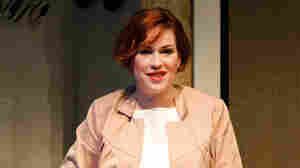 September 30, 2018 • The 1980s movie darling talks to NPR's Lulu Garcia-Navarro about the impact of the era's pop culture, which came up during hearings for Judge Brett Kavanaugh. These days she has a teen of her own. 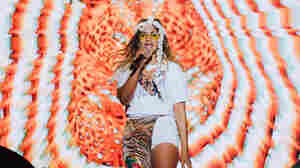 September 30, 2018 • 'MATANGI/ MAYA/ M.I.A.' is a new documentary about musician and activist M.I.A. She joins NPR's Lulu Garcia-Navarro to talk about the film and what it's like for women who speak out.

While In Las Vegas, Trump Reaches Out To Latino Voters

September 23, 2018 • The Senate race between GOP incumbent Sen. Dean Heller and Democratic challenger Rep. Jacky Rosen, is one to watch this November. Appealing to the Latino vote will be crucial to whoever wins.

While In Las Vegas, Trump Reaches Out To Latino Voters 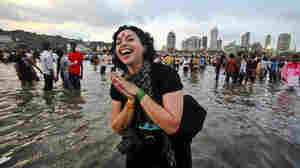 Vox photo editor Kainaz Amaria thinks it's time the photojournalism world reckons with what she sees as an industrywide culture of sexual harassment with roots in a glaring gender imbalance. Nick Oza/Courtesy of Kainaz Amaria hide caption

September 16, 2018 • Vox photo editor Kainaz Amaria talks about the unaddressed culture of sexual harassment in the photojournalism industry — a rampant issue she says stems from a glaring gender imbalance.