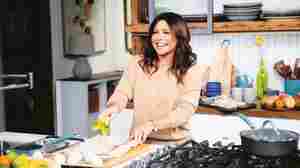 Rachael Ray At 50: 'Eat Your Spaghetti!'

November 24, 2019 • The television chef celebrates a milestone with a new book, Rachael Ray 50, that's part cookbook and part memoir. She says she wanted to show that women older than 50 can still be relevant in America.

Rachael Ray At 50: 'Eat Your Spaghetti!' 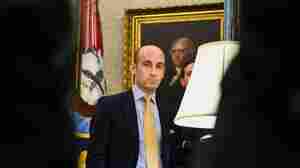 November 19, 2019 • The White House adviser has read the racist 1973 book, according to leaked emails. For far-right activists, the work of fiction has helped to shape real ideology and anti-immigration stances. 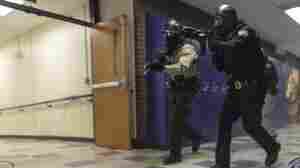 November 10, 2019 • With lockdown drills now commonplace in public schools, experts question if they're doing more harm than good. "We don't light a fire in the hallway to practice fire drills," one professor tells NPR. 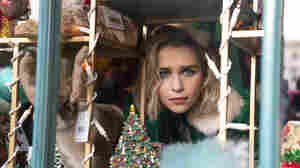 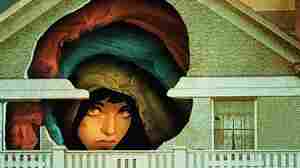 November 3, 2019 • Carmen Maria Machado's new memoir is a haunting account of an abusive relationship with a former girlfriend. One of the hardest things in the book, she says, was acknowledging the damage it did. 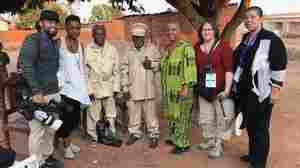 A team from USA TODAY met with village leaders in Kalandula, Angola, while on a trip this summer to chronicle Wanda Tucker's trip to Angola, where she believes her ancestors once lived. From left: Jarrad Henderson, Deborah Barfield Berry; village leaders, including Antonio Manuel Domingos; Kelley Benham French and Nichelle Smith. Courtesy of Deborah Barfield Berry hide caption

October 20, 2019 • Reporter Deborah Barfield Berry was part of a team tasked with telling the story of 1619, the year the first slaves arrived in America. Ultimately, Berry's reporting took her on a very personal trip.

October 13, 2019 • We examine the latest in the Ukraine probe — including a new off-shoot: the indictment of two associates of Rudy Giuliani, who is President Trump's personal attorney. 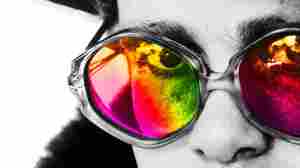 Me, by Elton John Henry Holt and Co. hide caption

October 13, 2019 • In a wide-ranging interview with NPR about his memoir, the rock star shares that at 72 years old, he's finally ready to look back. He offers thoughts on his royal friends, drug use and cell phones. 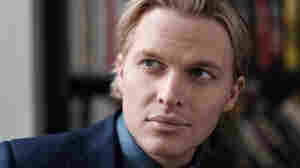 Pulitzer Prize-winning investigative journalist Ronan Farrow talked with NPR ahead of the release of his book Catch and Kill. A.J. Chavar for NPR hide caption

October 11, 2019 • Farrow tells NPR powerful media executives went to great lengths to kill his story on sexual assault allegations, to the point where he thought, if it didn't see light, "more people would get hurt."

October 11, 2019 • In a new book, Ronan Farrow alleges that NBC executives tried to halt his reporting on Harvey Weinstein and reveals the identity of the woman whose complaint got Matt Lauer fired.

October 6, 2019 • NPR's Lulu Garcia-Navarro pays a visit to Larch Hanson, who has been harvesting wild seaweed in Maine for more than 40 years. 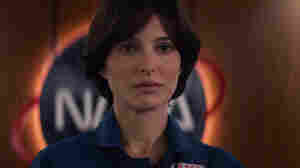 Natalie Portman Is 'Lucy In The Sky,' With An Existential Crisis

October 6, 2019 • The star of a new movie and director Noah Hawley say that their film — based on the life of astronaut Lisa Nowak — aims to keep a woman in psychological decline from becoming a punchline.

Natalie Portman Is 'Lucy In The Sky,' With An Existential Crisis 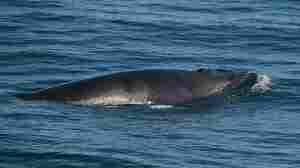 A minke whale breaks the surface near Boothbay Harbor in the Gulf of Maine on Aug. 10, 2018. Researchers say warming in the gulf is driving whales into waters farther north where fewer environmental protections exist. Andrew Caballero-Reynolds/AFP/Getty Images hide caption

October 6, 2019 • Waters off the coast of Maine are warming faster than 99 percent of the world's oceans. That's forcing whales northward in pursuit of prey, threatening some of their already dwindling populations. 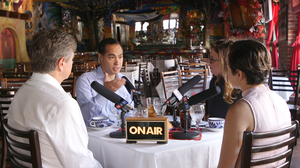 October 4, 2019 • NPR's new series Off Script, which gives voters the chance to sit down with presidential candidates and ask questions, kicks off with undecided voters and former HUD Secretary Julián Castro. 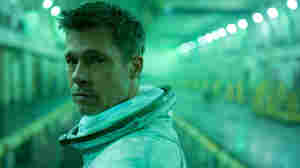 Brad Pitt stars in Ad Astra as an astronaut in search of his father, who disappeared on a mission many years prior. Francois Duhamel/Twentieth Century Fox hide caption

September 22, 2019 • The actor stars in a new science-fiction blockbuster about more than just an astronaut on a space mission: "We wanted to do something very sincere and raw and painfully honest," he says.