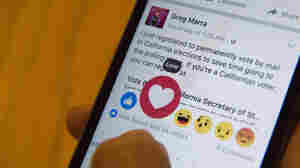 When You Want To Express Empathy, Skip The Emoji

When You Want To Express Empathy, Skip The Emoji 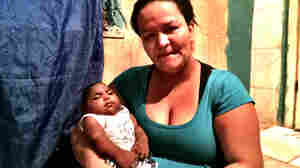 Born in December, Valentina Vitoria has microcephaly, the birth defect that causes an abnormally small head and can cause brain damage as well. Her mother is 32-year-old Fabiane Lopes. Lourdes Garcia-Navarro/NPR hide caption

Moms And Infants Are Abandoned In Brazil Amid Surge In Microcephaly

February 18, 2016 • There have been several cases of abandoned babies already — at least three in Rio. And a psychologist believes that some men will walk out on their partner if a newborn has the birth defect.

Moms And Infants Are Abandoned In Brazil Amid Surge In Microcephaly

Soldiers In Brazil Battle Mosquitoes That Could Be Spreading Zika

February 15, 2016 • Brazil is fanning out 200,000 troops to battle mosquitoes. It's part of larger efforts to combat the transmission of the Zika virus, which has been linked to brain abnormalities in Brazil.

Soldiers In Brazil Battle Mosquitoes That Could Be Spreading Zika 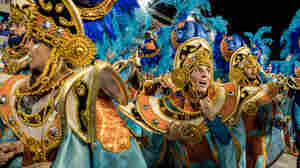 February 8, 2016 • NPR's Lourdes Garcia-Navarro dons a costume and participates in a Carnival parade in Brazil.

Wish Our Correspondent Luck; She's In A Rio Samba Parade

February 8, 2016 • The highlight of Brazil's Carnival are the Samba parades, where 12 teams — called schools — compete for the top prize in Rio de Janeiro Monday night.

Wish Our Correspondent Luck; She's In A Rio Samba Parade 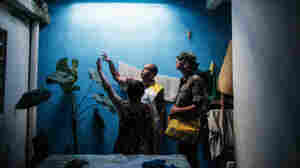 A city health worker and a Brazilian soldier point out potential breeding grounds for mosquitoes in the city of Recife. Mario Tama/Getty Images hide caption

Brazilians Have To Learn To Think Like A Mosquito

February 6, 2016 • That's the advice from a biologist as Brazil launches a war on the mosquitoes that are spreading Zika virus.

Brazilians Have To Learn To Think Like A Mosquito 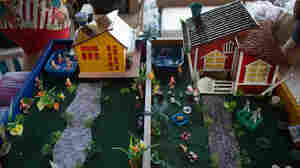 Which house does a better job keeping mosquitoes away? In this model set up by health workers to help prevent the spread of Zika, the one on the left appears to have less standing water, which is a magnet for mosquitoes. Rafael Fabres for NPR hide caption

Carnival Gives Brazil Ideas About How To Fight Zika

Carnival Gives Brazil Ideas About How To Fight Zika 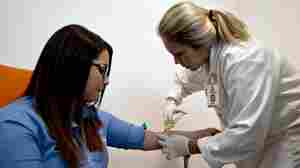 A patient at a Rio de Janeiro clinic has a blood sample taken to check for Zika and other viruses. Vanderlei Almeida/AFP/Getty Images hide caption

How Much Harm Can The Zika Virus Really Do?

February 2, 2016 • Researchers are looking into the possible link to birth defects — and suspected cases of hearing loss in adults. First they need a fast test to identify the virus.

How Much Harm Can The Zika Virus Really Do?

January 30, 2016 • Increased incidents of microcephaly in infants has spurred guidance to women that boils down to: Don't get pregnant. But women in Brazil have few options.

January 29, 2016 • How many cases of microcephaly in Brazil have actually been linked to the Zika virus? Of the nearly 4,200 cases reported, only six have been linked with certainty to the virus. 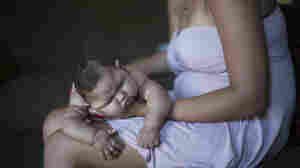 January 29, 2016 • An investigation is finding "profound abnormalities" in babies with microcephaly who are born to Brazilian mothers suspected of having the Zika infection.

January 27, 2016 • A team of researchers working on a Zika vaccine has a massive study underway assessing pregnant women and newborns in the northeastern region of Bahia, Brazil. It is the largest study of its kind into a virus that is sweeping across Latin America and has been linked to microcephaly in infants.

January 26, 2016 • Authorities in Colombia, Ecuador, El Salvador and Jamaica are encouraging women to delay getting pregnant due to the spread of the mosquito-borne illness, Zika. The virus has been linked to brain damage in infants. Delaying pregnancy is a challenge for women in the region where rape is the cause of many pregnancies, and women have little access to contraception. 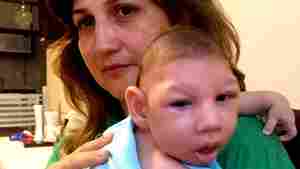 January 20, 2016 • The government is trying to wipe out Zika virus, which has been linked to a severe birth defect. But is it doing enough to help families whose children have been affected?