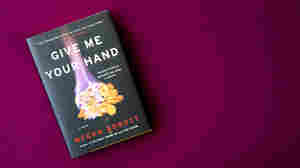 'Give Me Your Hand' Explores Female Mysteries And Monstrosities

July 15, 2018 • Abbott's new thriller Give Me Your Hand is set partly in a scientific lab studying a severe form of PMS — she says she's fascinated by "this sort of idea that the female body is monstrous."

'Give Me Your Hand' Explores Female Mysteries And Monstrosities 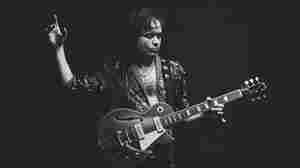 Spain's Twanguero fuses an education in flamenco guitar with American ragtime and swing to create a Latin twang all his own. Piero F. Giunti/Courtesy of the artist hide caption

Here Are 4 Latin Albums To Get You Through This Summer

July 15, 2018 • There's too much time to feel restless in the summer. Never fear: Felix Contreras stopped by NPR's Weekend Edition to let you know the Latin music releases that will keep those feet tapping.

Here Are 4 Latin Albums To Get You Through This Summer 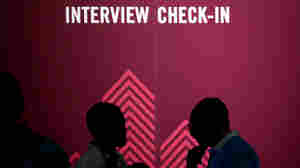 While unemployment has hit record lows, there's another number that also gets a lot of attention — underemployment. LM Otero/AP hide caption

How Underemployment Is Affecting The Job Market

July 15, 2018 • Underemployment measures the number of workers placed in jobs that are below their qualifications from a bachelor's degree and beyond. The effects can be different, depending on the field of work.

How Underemployment Is Affecting The Job Market 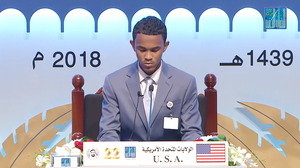 Seventeen-year-old Ahmed Burhan Mohamed has earned the title of hafiz — someone who has not only learned to read the Quran, but memorized it. DIHQA on YouTube/Screenshot by NPR hide caption 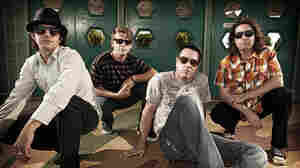 July 1, 2018 • Smash Mouth has recorded a new acoustic version of its 1997 debut album Fush Yu Mang. The 1990s ska-punk staples talk about songwriting, fan mail and all those "All Star" memes. 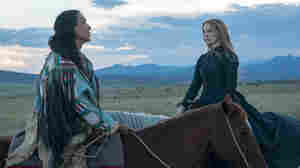 July 1, 2018 • Michael Greyeyes, a Cree actor from a First Nation in Canada, plays the great Native American chief Sitting Bull in a new film. He says it's the role of a lifetime — and a portent of things to come. 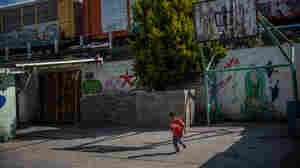 The train known as "The Beast" passes by the Sagrada Familia shelter in Apizaco, Mexico. For many migrants, the train is the next step in their journey north. Alejandro Cegarra for NPR hide caption

Migrants Are Stuck In Mexico With Violence Back Home And 'Zero Tolerance' In The U.S.

June 24, 2018 • A Honduran mother of two, who is pregnant with a third, remains in a Mexico City shelter after hearing of the U.S. family separation policy.

Migrants Are Stuck In Mexico With Violence Back Home And 'Zero Tolerance' In The U.S.

Migrants Are Stuck In Mexico

June 24, 2018 • A Honduran mother of two, who is pregnant with a third, remains in a Mexico City shelter after hearing of the U.S. family separation policy.

Migrants Are Stuck In Mexico

The Issues That Dominate The Campaign In Mexico

June 24, 2018 • We preview Mexico's upcoming elections in which crime and corruption are among the big issues.

The Issues That Dominate The Campaign In Mexico 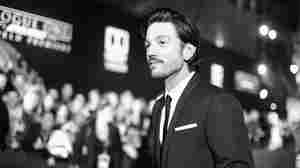 Diego Luna attends the Hollywood premiere of Rogue One: A Star Wars Story on Dec. 10, 2016. Luna lives in Mexico City and, as a political activist, he sees himself as someone who has a voice on both sides of the border. Charley Gallay/Getty Images for Disney hide caption

June 24, 2018 • "There is a need to say, 'Ya basta,' " Luna says, "you know, enough is enough." A few years ago, Luna left Hollywood and returned to Mexico, where he became a political activist. 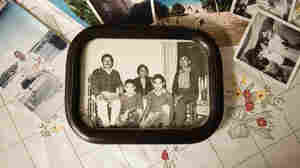 Albino Quiroz Sandoval is seen at age 10 (bottom right) with relatives including his parents and brother. Now in his 70s, he has been missing for more than a year. Alejandra Rajal for NPR hide caption

June 24, 2018 • Albino Quiroz Sandoval left home to go shopping last year and never returned. A man has been arrested, but most crimes in Mexico go unpunished. More than 37,000 people have gone missing since 2007.

June 22, 2018 • As Mexico prepares for national elections, the Trump administration's migrant detention policy is fueling a debate about the future of the country's relationship with the U.S. 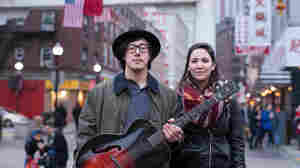 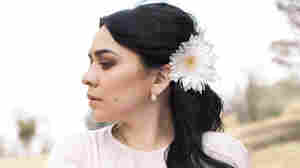 June 17, 2018 • NPR Music's Felix Contreras creates a round up of the sounds of modern Mexico. 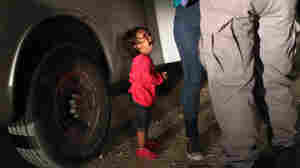 A 2-year-old Honduran asylum seeker cries as her mother is searched and detained near the U.S.-Mexico border on June 12 in McAllen, Texas. The asylum seekers had rafted across the Rio Grande River from Mexico and were detained by U.S. Border Patrol agents before being sent to a processing center for possible separation. John Moore/Getty Images hide caption

June 17, 2018 • John Moore describes photographing the distressed Honduran toddler, whose mother was being searched by U.S. Border Patrol. That moment, he says, "was just part of a very, very long journey" for them.