Accessibility links
Alina Selyukh Alina Selyukh is a business correspondent at NPR, where she follows the path of the retail and tech industries, tracking how America's biggest companies are influencing the way we spend our time, money, and energy. 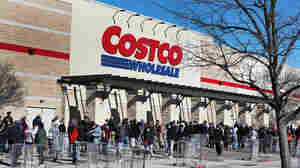 People wait to shop at a Costco in Texas on Feb. 20. Next week's pay increase would put Costco ahead of much of the industry. Joe Raedle/Getty Images hide caption

Costco To Raise Minimum Wage To $16 An Hour: 'This Isn't Altruism'

February 25, 2021 • Next week's pay increase would put Costco ahead of much of the industry. CEO W. Craig Jelinek said higher pay reduces turnover and boosts productivity. 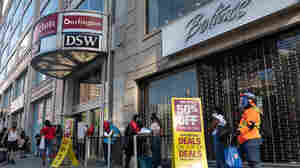 Shoppers line up near sale signs at a Burlington store in New York in June. Alexi Rosenfeld/Getty Images hide caption

February 17, 2021 • Burlington shut down online sales in March right before coronavirus lockdowns. But it's among the discount retailers that have endured the pandemic surprisingly well, even opening new stores. 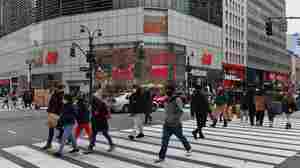 February 16, 2021 • Burlington is one discount retailer that has done surprisingly well during the pandemic. It closed its website before the March lockdown but managed to get shoppers into stores and even open new ones. 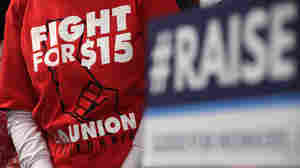 An activist wears a "Fight For $15 and a Union" t-shirt at the U.S. Capitol in 2019 as lawmakers took on legislation to raise the federal minimum wage. Alex Wong/Getty Images hide caption

February 8, 2021 • Raising the federal minimum to $15 an hour by 2025 would boost pay for at least 17 million people and cut 1.4 million jobs, according to the non-partisan Congressional Budget Office.

Will GameStop's Wild Ride In The Stock Market Actually Help Its Business?

February 3, 2021 • Despite the online push that sent GameStop's price into the stratosphere, the brick-and-mortar video game retailer is still struggling as more people shop for games online.

Will GameStop's Wild Ride In The Stock Market Actually Help Its Business?

Amazon's Bezos To Hand Over The CEO Reins To Andy Jassy

February 3, 2021 • Jeff Bezos is stepping down as CEO of Amazon — the company he founded 27 years ago. This summer he will transition to executive chairman to focus on new products and early initiatives.

Amazon's Bezos To Hand Over The CEO Reins To Andy Jassy 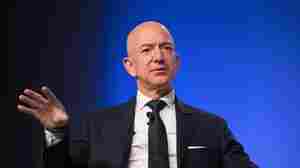 Jeff Bezos To Step Down As Amazon's CEO

February 2, 2021 • Amazon's CEO will be Andy Jassy, the head of its cloud computing division. "As much as I still tap dance into the office, I'm excited about this transition," Bezos says.

Jeff Bezos To Step Down As Amazon's CEO 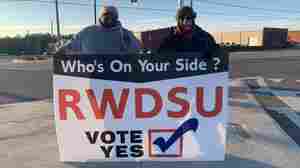 Representatives from the Retail, Wholesale and Department Store Union hold a pro-unionization sign outside Amazon's warehouse in Bessemer, Ala. Miranda Fulmore/WBHM hide caption

January 29, 2021 • If workers from Amazon's warehouse near Birmingham vote to unionize in the next two months, they would turn a new page not only for the company but for the region.

Alabama Could Be Home To Amazon's First Unionized Warehouse In The U.S.

January 28, 2021 • Amazon could be on the verge of its first unionized warehouse in the U.S. If workers at the Alabama facility vote yes next month, they would turn a new page both for the company and the region.

Alabama Could Be Home To Amazon's First Unionized Warehouse In The U.S.

January 20, 2021 • The nation's capital was quiet amid unprecedented security on Inauguration Day — but there were also celebrations for the history-making vice president. 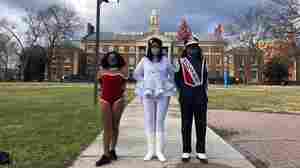 January 15, 2021 • President-elect Joe Biden will seek to increase the federal minimum wage to $15 an hour as part of his relief bill. On Friday, workers across the U.S. staged protests to press him to keep the promise. 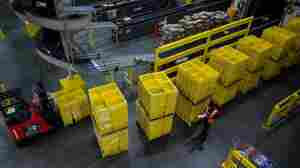 Workers at an Amazon fulfillment center on Staten Island in New York City and across the U.S. have not been unionized. That could change in Alabama. Johannes Eisele/AFP via Getty Images hide caption

January 15, 2021 • Although the company has unionized workers in Europe, it has held off organizing efforts here. About 6,000 workers at an Amazon facility in Alabama can cast a mail-in ballot starting Feb. 8. 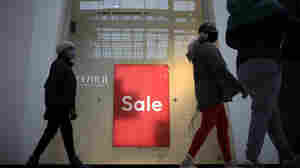 Shoppers walk past a "Sale" sign outside a store at the Easton Town Center Mall in Columbus, Ohio, on Jan. 7. Luke Sharrett/Bloomberg via Getty Images hide caption