December 28, 2017 • A suicide attack in the Afghan capital Kabul killed dozens. Republican Roy Moore went to court to try to stop Alabama from certifying Democrat Doug Jones as the winner of the vacant Senate seat. 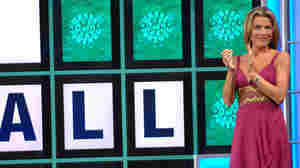 December 28, 2017 • Vanna White has spent the last 35 years turning letters on the game show Wheel of Fortune. She says her job can seem silly, but she loves it: "You can't solve the puzzle if I don't turn the letter!"

December 26, 2017 • The new year is less than a week away, and it's good time to look back over the past political headlines from 2017. And, a suicide bomber blew himself up near the Afghan Intelligence Agency in Kabul. 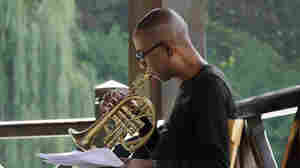 Ron Miles' I Am a Man is one of the best albums of 2017. Thomas J. Krebs/Courtesy of the artist hide caption

December 25, 2017 • Christmas is celebrated in the West Bank town of Bethlehem, Pope Francis to deliver Christmas message and President Trump celebrates Christmas in Florida but Washington politics are on his mind.

December 21, 2017 • Alabama is first state to announce a freeze in enrollment for the state's Children's Health Insurance Program, because Congress has not yet authorized additional funding for CHIP.

New Movies Will Inundate Theaters Over The Next Couple Of Weeks

December 21, 2017 • To name just a few of the new movies coming out: Steven Spielberg's The Post, All the Money in the World and what might be Daniel Day Lewis's last film: Phantom Thread.

New Movies Will Inundate Theaters Over The Next Couple Of Weeks

December 21, 2017 • The House is expected to vote on a short-term funding measure to keep the government open. Witnesses describe a white SUV smashing through pedestrians at high speed at an intersection in Melbourne.

December 19, 2017 • At least 3 people were killed Monday when an Amtrak train derailed in Washington. And, lawmakers in the House are expected to vote Tuesday on the Republican tax bill with the Senate soon to follow.

December 18, 2017 • GOP lawmakers hope to vote on the tax plan before they head home for the holidays. And an electoral tribunal in Honduras has declared President Juan Orlando Hernandez winner of November's election.

December 15, 2017 • Tax overhaul would be a legislative victory for Republicans, but they can only afford to loose 2 GOP votes in the Senate. Secretary of State Tillerson heads to the U.N. to talk about North Korea. 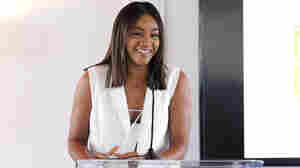 Once she started having fun onstage, Tiffany Haddish says "People were kind; it was easier to move forward." Jerritt Clark/Getty Images for Culture Creators hide caption

December 14, 2017 • The Girl's Trip actress has had what seems like a meteoric rise over the last year: a blockbuster movie, a gig hosting Saturday Night Live, and now a new memoir, The Last Black Unicorn.

December 13, 2017 • Doug Jones beat Republican Roy Moore, who faced sexual misconduct allegations, to become the next U.S. senator from Alabama. Jones is the first Democrat elected to the Senate from Alabama since 1992.

December 5, 2017 • The Michigan Democrat, who has served in Congress for more than 50 years, is facing accusations of sexual harassment. He did not use the word "resigning," though he has been pressured to resign.

Issues Remain On Tax Bill For Some House Republicans

December 5, 2017 • David Greene talks to Rep. Daniel Donovan, one of 13 Republicans who voted against the House version of the tax bill, about his concerns with the proposed legislation.

Issues Remain On Tax Bill For Some House Republicans