Ukrainian President 'Trying Hard To Stay On The Fence' Regarding Impeachment

Ukrainian President 'Trying Hard To Stay On The Fence' Regarding Impeachment

October 23, 2019 • Journalist James Verini offers a first-hand account of the 2017 battle to drive ISIS from Mosul, the second-largest city in Iraq. His new book is They Will Have to Die Now.

How A Political Hit Job Backfired, And Led To Trump's Impeachment Peril

October 9, 2019 • Bloomberg Businessweek columnist Joshua Green says Trump fell for a media campaign on Ukraine designed to help him: "The irony is that the target was supposed to be the Bidens, not the president."

How A Political Hit Job Backfired, And Led To Trump's Impeachment Peril

October 1, 2019 • Jack Goldsmith's new memoir centers on his investigation into his stepfather's involvement in the 1975 disappearance of the mob-connected labor leader Jimmy Hoffa.

September 26, 2019 • Political reporter Tom LoBianco has covered Pence in both Indiana and Washington, D.C. He describes the vice president as a man of faith who is willing to put political ambition ahead of his beliefs.

September 20, 2019 • In honor of the Downton Abbey movie, which opens in theaters Sept. 20, we listen back to interviews with series creator Julian Fellowes and star Maggie Smith, who plays the Dowager Countess. 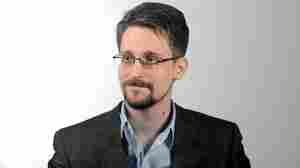 Reflecting on his decision to go public with classified information, Edward Snowden says, "The likeliest outcome for me, hands down, was that I'd spend the rest of my life in an orange jumpsuit, but that was a risk that I had to take." Courtesy of Edward Snowden hide caption

Edward Snowden Speaks Out: 'I Haven't And I Won't' Cooperate With Russia

September 19, 2019 • In 2013, Snowden showed journalists thousands of top-secret documents about U.S. intelligence agencies' surveillance efforts. He's been living in Russia ever since. His new book is Permanent Record.

Edward Snowden Speaks Out: 'I Haven't And I Won't' Cooperate With Russia 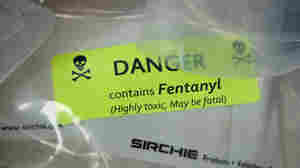 Bags of heroin, some laced with fentanyl, picked up in a 2016 New York City drug bust. "Basically, [fentanyl] is so cheap to produce and it's so powerful, that drug dealers began realizing it was a way to increase their profits," Fentanyl, Inc. author Ben Westhoff says. But miscalculations of the amount used can be deadly. Drew Angerer/Getty Images hide caption

September 4, 2019 • Fentanyl, Inc. author Ben Westhoff says the opioid, while useful in hospitals, is killing more Americans as a street drug than any other in U.S. history. Here's how it moves from China to your corner. 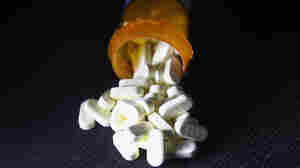 The Centers for Disease Control and Prevention estimates that most new heroin addicts first became hooked on prescription painkillers, such as oxycodone, before graduating to heroin, which is cheaper. John Moore/Getty Images hide caption

August 22, 2019 • Washington Post journalist Scott Higham says recently released evidence shows the drug industry purposely shipped big quantities of opioids to communities without regard for how they were being used.

Stephen Root On 'Barry,' 'Office Space' And Why 'Less Is More' In Acting

August 21, 2019 • After appearing in nearly 800 TV episodes and 100 films, the noted character actor received his first Emmy nomination for his role as a handler to a hitman in the HBO series Barry.

Stephen Root On 'Barry,' 'Office Space' And Why 'Less Is More' In Acting

August 20, 2019 • In his new book, Gods of the Upper Air, Charles King tells the story of Franz Boas, Margaret Mead and the other 20th century anthropologists who challenged outdated notions of race, class and gender. 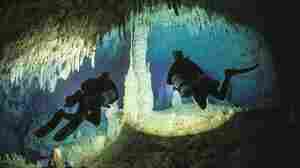 August 19, 2019 • "The big picture of survival is sometimes so hard to see, but we always know what we can do to make the next best step toward survival," says cave diver, photographer and memoirist Jill Heinerth.

August 8, 2019 • Journalist Michael Isikoff hosts a new podcast exploring the motivation and methods of those who promoted wild conspiracy theories about Rich, who was killed in a suspected failed robbery in 2016.

July 31, 2019 • Washington Post tech columnist Geoffrey Fowler listened to four years' worth of audio that Amazon had captured and stored from his Alexa smart speaker. He was surprised by what he found.