Father Of Police Officer Reflects On Tensions Between Cops, Community

May 13, 2015 • At a time when police departments across the country are facing intense criticism, commentator Murray Horwitz says this is a tough time to be a cop. His son is a police officer, and Horwitz says that while there are some bad cops, most do good work.

Father Of Police Officer Reflects On Tensions Between Cops, Community

May 11, 2005 • Murray Horwitz and A.B. Spellman pick the basic albums every jazz enthusiast should have.

October 22, 2004 • Last week witnessed the passing of one of the great champions of the art of popular song. Commentator Murray Horwitz has this appreciation of Bob Lissauer who wrote and researched Lissauer's Encyclopedia of Popular Music in America, 1888 to the Present.

Seeing Mortality in an Empty Nest

September 14, 2004 • Commentator and father Murray Horwitz's last kid just went off to college, which made him start thinking about his own mortality.

Seeing Mortality in an Empty Nest

Parsing Jazz in the Movies of Tom Cruise

August 31, 2004 • Commentator Murray Horwitz notes that Tom Cruise has portrayed characters with opposing views about jazz. Eight years ago he put Miles Davis down in Jerry McGuire. This summer in Collateral, his character praises jazz. Problem is, the old character was loveable, the new one a psycho.

Parsing Jazz in the Movies of Tom Cruise

June 1, 2004 • Starting with this year's entries, the Pulitzer Prize committee will broaden its consideration of nominees for the music award. The Pulitzer board wants to expand beyond orchestral and chamber music to jazz, musical theater and film scores.

A.B. Spellman
*Deputy chairman for guidelines and panel operations for the National Endowment for the Arts
*Author of Four Jazz Lives

August 1, 2003 • Composer, arranger and musical director Luther Henderson died this week at age 84 after a long battle with cancer. A lifelong collaborator with Duke Ellington, Henderson also enjoyed a prolific career on Broadway, working on such shows as Ain't Misbehavin', Funny Girl and Do, Re, Mi. Commentator Murray Horwitz has a remembrance.

February 28, 2003 • Commentator Murray Horwitz remembers his friend, casting director Vincent Liff who died Wednesday of brain cancer at 52. Liff changed the face of Broadway by bringing more children, minorities and foreigners to the stage. His first success came in 1975, with the Broadway hit The Wiz. He went on to cast a string of long-running musicals and their national tours such as, Grease, Ain't Misbehavin', Dreamgirls, Cats, Miss Saigon, and The Producers. 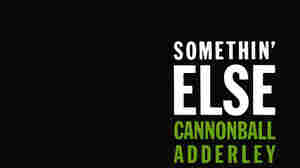 August 1, 2001 • Alto saxophonist Cannonball Adderley, nicknamed "the New Bird" for his ability to play fast leads a la Charlie "Bird" Parker, swept on the jazz scene in the mid-1950s. On Somethin' Else, Adderley teamed with Miles Davis to create an album that jazz commentator Murray Horwitz calls "near perfect." 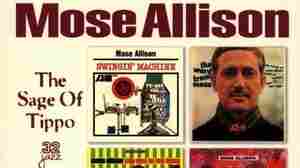 August 1, 2001 • Born in Tippo, Mississippi, Mose Allison, known as the "William Faulkner of Jazz," grew up playing a piano in back of a gas station — and never stopped. Allison, a prolific songwriter, pianist and singer, brought his down-home Southern bluesy style to jazz. This album illustrates the versatility of a man said to play "blue-eyed soul."

August 1, 2001 • Gene "Jug" Ammons played bebop and R&B with equal skill. As the founder of the "Chicago School" of tenor sax, he performed with the Woody Herman and Billy Eckstine orchestras. He and his saxophonist friend, Sonny Stitt, often seemed to be in competition when they played together, as they do in this album. 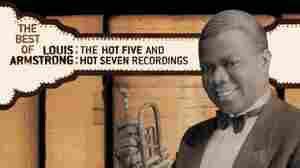 August 1, 2001 • Louis Armstrong, one of the greatest entertainers of the 20th Century, exuded joy and exuberance as a trumpet player and singer. He rose from poverty in New Orleans, before achieving worldwide fame. In this 1928 album, a young Satchmo shows the extraordinary inventiveness that put him on the map.

Louis Armstrong: 'The Best of the Decca Years, Vol. 1'

August 1, 2001 • In 1956, Louis Armstrong was an international star at the height of his popularity. He also was one of the first to sing in "scat" style, essentially trying to sound out the notes instead of the words. Among many treats, The Best of the Decca Years has one of the best scat solos of all time — "Up a Lazy River."

Louis Armstrong: 'The Best of the Decca Years, Vol. 1'

August 1, 2001 • Mildred Bailey found fame after signing on with Paul Whiteman's national dance orchestra in 1929. Dynamic and plucky, she married xylophonist Red Norvo, and the couple became known as "Mr. and Mrs. Swing." On That Rockin' Chair Lady, her sweet and flexible voice sparkles.

August 1, 2001 • Count Basie broke up his band in 1950 because of financial considerations, but later reorganized and embarked on a series of recording sessions that solidified him as an American jazz institution. This album focuses on the post-1954 period, when vocalist Joe Williams gave the band new popularity with such hits as "All Right OK, You Win."