June 9, 2020 • Federal prosecutors made public Tuesday they are looking into a global hack for hire operation that has targeted thousands of advocacy groups, journalists and government officials. 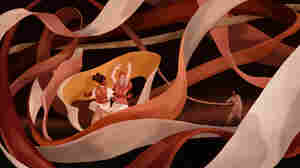 In the 1970s, professor Peter Kranz asked what would happen if students went around the room and said what they really thought about people of the other race. Leonardo Santamaria hide caption

March 16, 2020 • In 1973, five black students and five white students were told to go around the room and say what they really thought about people of the other race. It bonded them in ways they never expected. April 15, 2019 • It's hard to be civil without being empathetic. But researchers say our natural instinct for empathy may be going out of style.

Should We Have Empathy For Those We Hate?

April 12, 2019 • The latest episode of NPR's Podcast Invisibilia examines the history of empathy in American culture. In this era of political polarization, empathy has fallen out of fashion.

Should We Have Empathy For Those We Hate?

Invisibilia: The Online Version Of Us Versus Reality

March 15, 2019 • NPR's podcast Invisibilia explores the stakes of your online identity. It's a question that comes up a lot in everyday life. And lately, in the courts.

Invisibilia: The Online Version Of Us Versus Reality

April 23, 2018 • As the broader culture struggles with how to handle cases of sexual harassment, Hanna Rosin, co-host of NPR's Invisibilia, visits a community of hardcore punks in Virginia who have been vigilantly policing themselves for years, to see what can be learned from communities that have been calling out abusers. 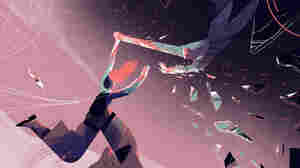 March 9, 2018 • The first episode of this season's Invisibilia podcast explores how people cope when something happens that fundamentally shifts how they view themselves. The author's mother decided to try skydiving.

When Your Hand Has A Mind Of Its Own

July 29, 2017 • What happens when you think and how you act don't align? We tell the story of a woman diagnosed with what's known as "alien hand syndrome."

When Your Hand Has A Mind Of Its Own 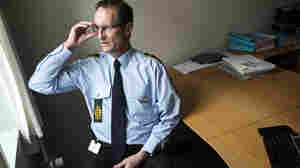 Allan Aarslev, a police superintendent in Aarhus, became part of the effort to make young Muslims feel like they have a future in Denmark. Scanpix Denmark/USAScanpix/Sipa hide caption

July 15, 2016 • Muslim youths in Denmark were leaving to join ISIS in Syria, feeling they were being persecuted in Europe. Then the police in Aarhus responded in a completely unexpected way: They apologized. 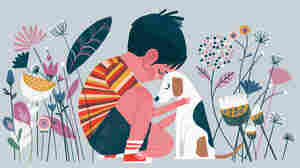 June 18, 2016 • We may be more accepting of boys who cry, but only if they cry in the right way, Hanna Rosin suggests. The norm for male behavior may be stuck in a place that isn't doing boys much good.