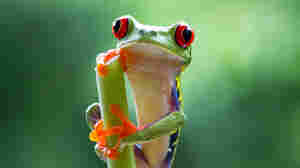 February 17, 2017 • The original BBC series was one of the first blockbuster high-definition TV shows. A decade later, drones and light-weight steady cams give viewers a front-row view of nature's majesty and fragility.

January 4, 2017 • It's the time of year when northern elephant seals, some as big as a car and weighing 5,000 pounds, gather in colonies along the California coast. They fight each other in noisy battles for the right to mate. 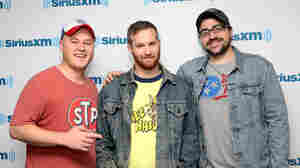 November 27, 2016 • Trae Crowder and his fellow comedians call themselves liberal rednecks. They use their Southern roots — and thick accents — to attack racism and homophobia. 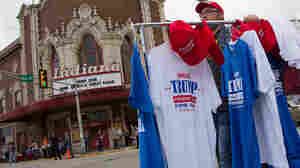 Vendors congregated outside a rally for Republican presidential candidate Donald Trump at the Indiana Theater on May 1, 2016 in Terre Haute, Indiana. Charles Ledford/Getty Images hide caption

November 22, 2016 • Since 1892, Vigo County in Indiana has voted for the winning presidential candidate in every election but two. What did the voters there see about Donald Trump's candidacy? 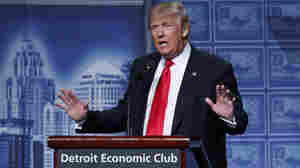 August 8, 2016 • In a vision described as "Winning The Global Competition," the GOP nominee is proposing three tax brackets and would limit taxes on all forms of business income as well as end the estate tax.

August 3, 2016 • Every 10 years, the corpse flower blooms, filling the air around it with the scent of rotting meat. What better way to spend a summer evening than with friends at the fragrant event.

May 2, 2016 • Eugene Debs was the first major Democratic Socialist in American history, running for president five times in the early 1900s. NPR goes on a tour of his home in Terre Haute, Ind., ahead of that state's primary with Benjamin Kite, an avid Bernie Sanders supporter. Kite, one of the home's caretakers, says Debs laid the groundwork for President Franklin Delano Roosevelt and the New Deal, and likewise Bernie Sanders may be laying the groundwork for a major shift left in American politics. 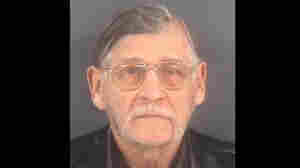 John Franklin McGraw was charged with assault and disorderly conduct in the incident. Courtesy of the Cumberland County Sheriff's Office hide caption

March 10, 2016 • The accusation comes as the campaign is answering for recent altercations among Trump supporters at rallies.

More from Will Huntsberry
Browse archive or search npr.org