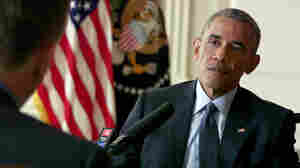 July 1, 2016 • In an interview with NPR, Obama answers critics among people of color who say that, despite their overwhelming support at the ballot box, he hasn't delivered enough results for their communities. 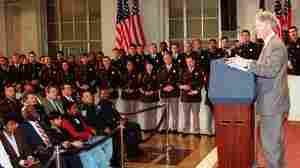 President Bill Clinton speaks about his crime bill to police officers at the Justice Department in April 1994. This week, Clinton defended the measure, which has been criticized by Black Lives Matter protesters. Joshua Roberts/AFP/Getty Images hide caption

April 9, 2016 • Bill Clinton was right in saying that some African-Americans supported the 1994 crime bill. It was part of the response to the crack epidemic that devastated many black communities in the 1980s.