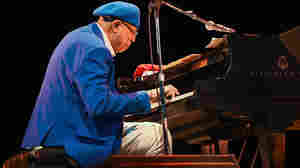 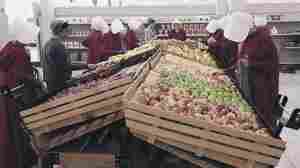 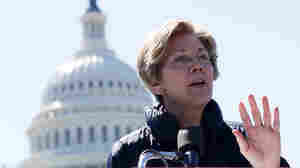 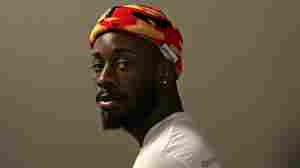 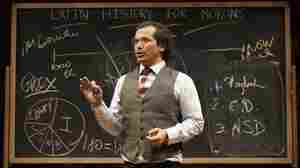 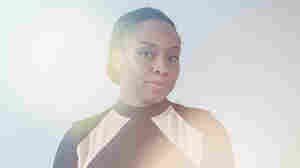 February 23, 2017 • President Trump won over Democrats in rural Wisconsin in the 2016 election. Voters weigh in on how Trump was able to break the blue wall by flipping so many states in the Rust Belt. 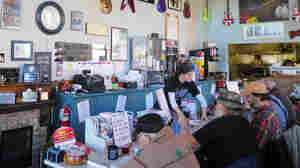 February 22, 2017 • President Trump won over Democrats in rural Wisconsin in 2016. Looking at Trump's term so far, one Democrat worries she will regret switching parties. Another says she will be voting GOP from now on.

January 2, 2017 • In November, India's government declared all high-value currency invalid and withdrew them from circulation. Starved of cash, the economy seized up. 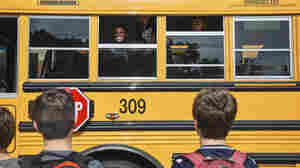 October 6, 2016 • A 50-year-old program in Boston buses students of color from the city into more affluent, mostly white suburbs. But why didn't other places adopt this system of desegregation? 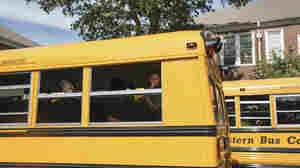 October 5, 2016 • For 50 years, Boston has been busing kids to force desegregation. Audie Cornish, who was part of the program as a kid, travels back to Boston to check on its effectiveness all these years later.

Comparing Both Conventions As TV: Did Either One Get An Edge?

July 29, 2016 • Now that the national conventions have concluded, NPR TV critic Eric Deggans looks back on both, judging them purely as television programs. Policy aside, did either convention make for compelling TV?

Comparing Both Conventions As TV: Did Either One Get An Edge? 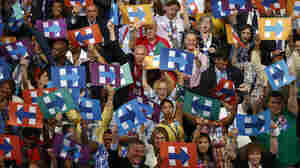 At The Democratic Convention, Choreographing A Sea Of Signs

July 28, 2016 • Watch even a few minutes and you're bound to see some synchronized sign-holding — brightly colored placards with slogans like "Stronger Together" waving in the crowd.

At The Democratic Convention, Choreographing A Sea Of Signs

The Task Ahead Of Hillary Clinton On The DNC's Final Night

July 28, 2016 • With Day 4 of the Democratic National Convention set to kick off, Hillary Clinton's headlining speech is the main attraction — but it's by no means the only story line swirling on the final night.

The Task Ahead Of Hillary Clinton On The DNC's Final Night