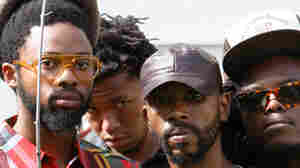 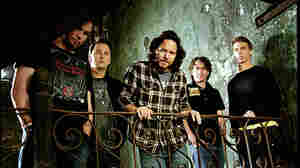 July 8, 2009 • Every Wednesday through the summer, we're posting quick introductory-level surveys of elements of rock 'n' roll from the 1950s. These overviews are not intended to be comprehensive; instead, they're designed to help curious listeners dive in and e...

July 6, 2009 • Critic Tom Moon assembles a playlist for summertime driving that makes the miles whiz by, with some intense songs for staying alert during the day and chill-out tunes to renew the spirit in the evening, when you still have hours more to go.

July 1, 2009 • Every Wednesday this summer, we're offering a quick course in early rock 'n' roll. Your professor will be Tom Moon, NPR contributor and author of the book

June 3, 2009 • Diana Krall's latest album is dominating the market for sultry Brazilian tunes. But reviewer Tom Moon recommends an alternative: the U.S. debut album of Magos Herrera, a Mexican-born jazz vocalist with a gift for understatement.

May 12, 2009 • St. Vincent's Annie Clark started work on her new album, Actor, with a simple goal: to break out of the songwriting patterns she'd developed over years of writing on the guitar and piano. The result conjures '60s girl-group harmonies and the whimsical sounds of Disney animated films.

February 24, 2009 • Last November, for the first time in his career, Morrison revisited his second album, Astral Weeks, in concert. The result, Astral Weeks: Live at the Hollywood Bowl, arrives this week, offering a fresh take on one of the key recordings in late '60s rock.

February 6, 2009 • Ever since the dawn of digital delivery, we've been hearing about how the single-song download is killing the album. But at the Grammy Awards, which take place Sunday night in Los Angeles, there's still a category for Album of the Year. Tom Moon profiles the nominees.