Andrea Kissack is NPR's Chief Science Editor and head of the Science Desk, where she presides over NPR's coverage of scientific and medical research and policy. She also oversees the desk's coverage of global health, climate, food, and consumer health news.

Previously, Kissack served as the Deputy Senior Supervising Editor of the digital team on the Science desk, where she provided leadership, integration, and collaboration of the desk's work in visual, animation, text, graphics, and audio.

Prior to her time at NPR, Kissack worked at KQED, where she was Senior Editor for ten years of the station's award-winning multimedia science coverage. She also served as the Senior Producer for the California Report, KQED's statewide news service. In addition to having worked at other member stations including KLON in Long Beach and WUSF in Tampa, she has reported for KNX, the CBS affiliate in Los Angeles.

Kissack has shared her wealth of experience as a teacher of multimedia storytelling and broadcast journalism at several colleges and universities. She graduated from Ohio University and received her Master of Arts in telecommunication management.

March 30, 2020 • As NPR's new Supervising Climate Editor Neela Banerjee will work across the newsroom in a new, coordinating editor role where she will help to lead our broad climate coverage. 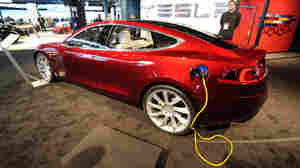 October 13, 2010 • As hard times have fallen on America's Rust Belt, a new region is hoping to give Detroit a run for its money. Clean-tech entrepreneurs in Silicon Valley are investing in the emerging electric car industry. And Google is among the investors. 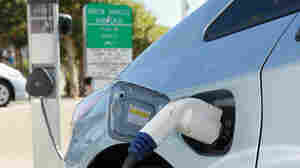 A power cable from a vehicle charging station is seen plugged into the side of a Toyota Prius plug-in hybrid in San Francisco.  Justin Sullivan/Getty Images hide caption

October 12, 2010 • The futuristic world of the electric car may finally be here. The first mass-produced electric vehicles for sale in the United States are being released over the next few months, but what's missing are places to charge up. 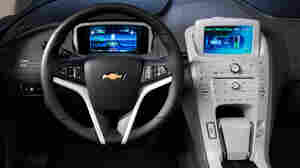 The Chevy Volt is a plug-in hybrid. Drivers can extend their range by tapping into a gas tank. Photo courtesy of GM hide caption

October 11, 2010 • The first mass-produced electric vehicles ever sold in the United States will begin to hit auto showrooms by the end of the year. The owner of a 15-year-old Honda on its last legs sets out to test-drive the Nissan Leaf and the Chevy Volt. 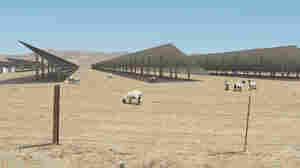 This composite illustration shows what a proposed solar array built by Solargen Energy in the Panoche Valley would look like from ground level. Solargen Energy hide caption

August 18, 2010 • A battle over where to build big clean-energy projects is putting the green revolution in gridlock. In California's rural Panoche Valley, clean-energy advocates and wildlife environmentalists debate whether the world's largest solar energy project should be built there.

January 5, 2010 • Solar panel theft is on the rise. The growing crime wave is particularly acute in Napa Valley where several dozen wineries have gone solar in recent years. Thieves are using Google Earth to locate solar arrays and breaking into vineyards at night to steal panels. Several wineries have been hit, some more than once.

Vegan Dining with a Side of Self-Affirmation

January 27, 2006 • Simply asking for tofu won't cut it at San Francisco's Cafe Gratitude. The meals at the vegan raw-food restaurant have self-affirming titles like "I am lusciously awake" and "I am peaceful." Patrons must use these names to order their food. Andrea Kissack of member station KQED reports.

Vegan Dining with a Side of Self-Affirmation

August 25, 2005 • It's the classic American success story, with a twist: A new generation of wine producers in Napa and Sonoma counties in Northern California are the children of Mexican immigrants who once labored in the same vineyards. Reporter Andrea Kissack of member station KQED in San Francisco profiles the Mexican-American vintners.