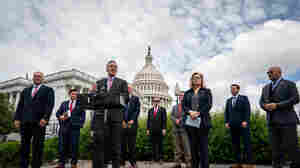 House Minority Leader Rep. Kevin McCarthy, R-Calif., speaks during a news conference outside the U.S. Capitol about lawsuit he and other Republican leaders filed against House Speaker Nancy Pelosi and congressional officials in an effort to block the House of Representatives from using a proxy voting system to allow for remote voting during the coronavirus pandemic. Drew Angerer/Getty Images hide caption

House Casts Its 1st Remote Votes, With Parties Still Divided On The Issue

May 27, 2020 • Dozens of House Democrats voted by proxy for the first time under the chamber's new rules. Republicans urged their members not to participate, and are suing to stop it in the future. 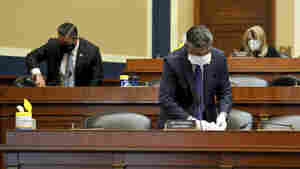 May 26, 2020 • More than 20 Republicans will sue in federal court to stop proxy voting in the House during the pandemic. Democrats approved the measure along a party line vote earlier this month. 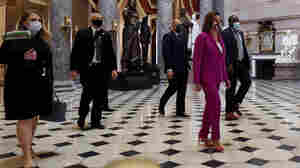 House Speaker Nancy Pelosi, D-Calif., walks past the Statuary Hall ahead of floor debate on a record $3 trillion coronavirus response package Friday to fund the fight against the pandemic and provide emergency payments to millions of Americans. Olivier Douliery/AFP via Getty Images hide caption

May 15, 2020 • The House approved the massive package with aid to states, local governments, individuals. Senate Republicans already dismissed the proposal and it's unclear when parties will reach bipartisan deal. 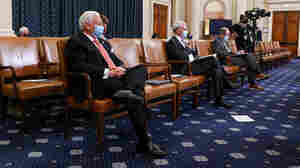 Members of congress practice social distancing as the House Rules Committee meets to consider a resolution authorizing remote voting by proxy in the House of Representatives during a public health emergency due to the coronavirus outbreak, and to formulate a rule on the newest coronavirus relief bill on Capitol Hill on Thursday. Erin Scott/Reuters hide caption

May 15, 2020 • The House approved rules changes allowing members to vote via proxy in event they cannot travel. They also created rules for remote hearings and legislative action. Republican were opposed. 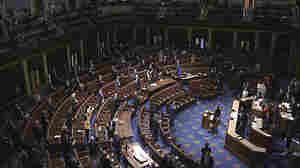 Members of the House stand after they passed the $2 trillion-plus coronavirus stimulus package in March at the Capitol. AP hide caption

May 15, 2020 • Many Republicans are taking a controversial stance by reopening without sufficient testing in place and are blaming Democrats for the country's current economic woes. 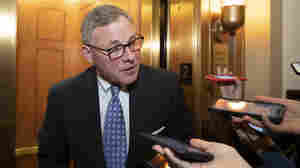 Sen. Richard Burr, R-N.C., here in February, is temporarily stepping aside as chairman of the Senate Intelligence Committee during the investigation of his stock sales. He has denied any wrongdoing. Alex Brandon/AP hide caption

May 14, 2020 • Sen. Richard Burr, R-N.C., is stepping aside during the Justice Department's investigation, Majority Leader Mitch McConnell said in a statement Thursday.

A Debate On When The Lawmakers Will Return To D.C. Faces Partisan Divide

May 12, 2020 • The partisan debate over whether it is safe for the House of Representatives to return to work is mirroring the reopening discussion around the country — with access to testing as a key factor.

A Debate On When The Lawmakers Will Return To D.C. Faces Partisan Divide 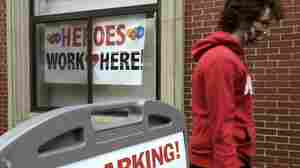 Amid the coronavirus pandemic, a masked pedestrian passes a banner honoring health care workers in the window of a medical center in Boston. House Democrats are proposing hazard pay for front-line workers in a new relief bill. Steven Senne/AP hide caption

May 12, 2020 • House Democrats plan a Friday vote on another massive relief bill that has more money for states, help for the jobless and virus-testing funds. Republicans immediately called it a partisan wish list. 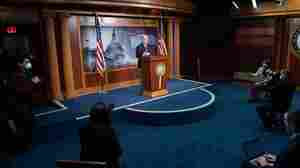 May 4, 2020 • Senators return to the Capitol on Monday, more than five weeks after their last formal gathering. There are new public health guidelines for the chamber. 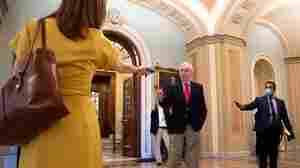 May 1, 2020 • The Senate will return Monday despite concerns of public health risks. Senate Majority Leader Mitch McConnell has issued new guidelines for how members can gather.

Mitch McConnell Insists On Liability Protections For Businesses During The Pandemic

April 29, 2020 • Senate Majority Leader Mitch McConnell, R-Ky., is insisting that any additional help for state and local governments has to come with liability protections for businesses as states move to reopen.

Mitch McConnell Insists On Liability Protections For Businesses During The Pandemic 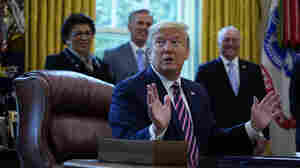 April 23, 2020 • It is the fourth measure approved by Congress in less than two months to combat the pandemic. This one, totaling $484 billion, will supply fresh funding to a new small business lending program. 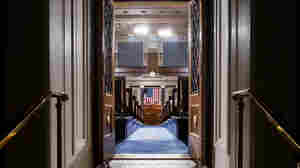 The chamber of the House of Representatives is seen at the Capitol in Washington. Leaders are discussing next steps for how to conduct business like voting and committee hearings during the coronavirus pandemic. J. Scott Applewhite/AP hide caption

April 22, 2020 • House Democrats had sought to permit voting by proxy during the coronavirus pandemic and allow remote committee meetings. Republican opposition forced the speaker to hold off.

Coronavirus Updates: The Latest In The United States

April 20, 2020 • NPR political and science correspondents break down the latest in the response to the coronavirus pandemic in the United States.

Coronavirus Updates: The Latest In The United States