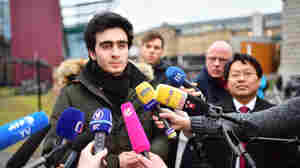 October 31, 2017 • Social media companies could be penalized by as much as $58.3 million if they don't remove a malicious post from their platforms soon after it is reported — in some cases within 24 hours.

October 21, 2017 • Five centuries ago, Martin Luther started the Protestant Reformation. The anniversary prompted a recent meeting of his descendants to discuss the legacy Luther left when he nailed his theses on a church door.

October 15, 2017 • Austrians vote today in an election likely to shake up the traditional two-party structure of politics in Austria — and see an anti-immigrant far-right party form part of the next government. 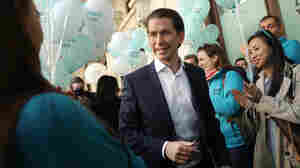 September 25, 2017 • Angela Merkel is chancellor of Germany again, but her party lost a lot of support, and the far right are in parliament for the first time in decades. The election results are a major shock for Germany's political establishment. 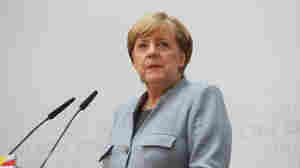 September 25, 2017 • German Chancellor Angela Merkel said she would work to win back voters who'd abandoned her party. Meanwhile, internal squabbles erupted among leaders of the far-right Alternative for Germany party. 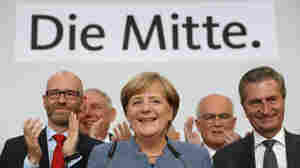 German Chancellor and Christian Democrat Angela Merkel appears to have lost some support because of her refugee policy that allowed more than a million asylum seekers into the country since 2015. Sean Gallup/Getty Images hide caption

September 24, 2017 • Preliminary results show German voters gave Chancellor Angela Merkel a mandate for a fourth term, but with far fewer votes than needed for her to govern without forming a coalition.

Voters Head To The Polls In Germany

September 24, 2017 • Voters in Germany are expected to elect Chancellor Angela Merkel to a fourth term, but a new right-wing party may gain more influence.

Voters Head To The Polls In Germany

Deportation As An Election Issue In Germany

September 23, 2017 • A top campaign issue in Germany's election is the deportation of migrants who are considered dangerous or who don't qualify for asylum. Germany's broken deportation system will make that difficult.

Deportation As An Election Issue In Germany 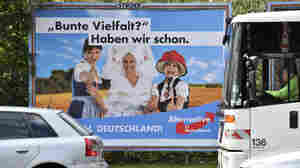 September 23, 2017 • The poster tradition dates back hundreds of years and serves as an equalizer in modern-day German elections. But some of today's messaging has been provocative to the point of causing offense.

September 21, 2017 • Germany goes to the polls on Sunday, and Angela Merkel is widely expected to win a fourth term as Chancellor. But disruption from the far-right and the hangover of the migrant crisis have made this campaign more difficult than Merkel is used to.

September 9, 2017 • A right-wing, populist party running in the upcoming German elections has hired a Texas political strategy firm to help its campaign.

September 5, 2017 • With Germany's emerging importance for European stability, eyes are on the Sept. 24 elections. Frontrunners are clear but third-place finisher may affect whether the government tilts right or left.