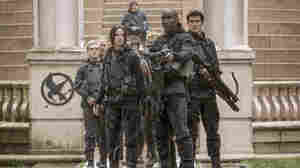 A scene from The Hunger Games: Mockingjay Part 2 takes place in the fictional capital city Panem, which was filmed in Berlin. Murray Close/Lionsgate hide caption

November 28, 2015 • Berlin is a favorite among Hollywood's top directors and actors. In the past year, The Hunger Games: Mockingjay — Part 2, Homeland and Bridge of Spies were all shot on location in the German capital. 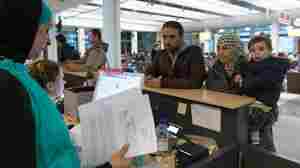 A family from Syria speaks with a language professional (left) about their application for asylum. Soeren Stache/EPA/Landov hide caption

November 21, 2015 • After the Paris attacks, refugees in Berlin have felt increased scrutiny, as police comb their numbers for potential threats. But many Syrians there say they fear ISIS as much as their hosts do.

November 19, 2015 • As the French government is pressured to prevent another attack, the prosecutor's office says the organizer of the attacks is dead. Tension from the attacks has spread to other European countries.

November 19, 2015 • Paris is still tense after Wednesday's raid on a Paris suburb. That tension has spread across Europe. Authorities in Germany have stepped up security measures after Friday's attacks in Paris.

November 18, 2015 • There is increased nervousness about security among the German public following the attacks in Paris Friday.

November 17, 2015 • The investigation continues into the deadly attacks in Paris on Friday, and in Germany, a major soccer match was canceled Tuesday after a bomb threat.

November 17, 2015 • Russian finally acknowledged a terrorist plot brought down a Russian jetliner over Egypt last month. In Paris, the Muslim community worries there will be a backlash against them after the attacks. 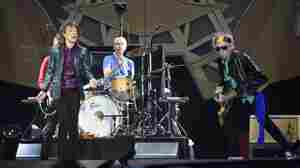 The Rolling Stones perform in June 2014 during a concert at the Stade de France in Saint-Denis, outside Paris. The brother of one of the victims of Friday's terrorist attacks in Paris would like the band to return to the city for his brother's funeral. Eric Feferberg/AFP/Getty Images hide caption

November 16, 2015 • Matthieu Mauduit is hoping to bring The Rolling Stones and David Bowie to the funeral of his brother, Cedric Mauduit, 41, an avid rock fan who was killed at a concert during the attacks in Paris. 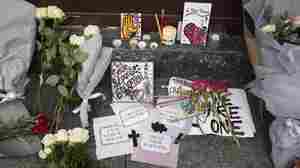 Impromptu memorials for the victims of Friday's terrorist attacks have been started all over Paris. Some mourners express both sorrow for the dead and concern over a potential backlash against French Muslims. Olivier Corsan/Maxppp /Landov hide caption

In Paris, Some Mourners Worry About Backlash Against Muslims

In Aftermath Of Paris Attacks, France Ramps Up Border Restrictions

In Aftermath Of Paris Attacks, France Ramps Up Border Restrictions 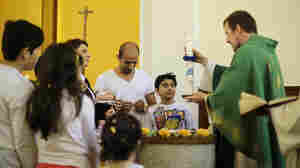 In Berlin, the Rev. Gottfried Martens lights a candle during a service to baptize Iranians in the Trinity Church. Iranian and Afghan converts make up most of the 900-member congregation. Markus Schreiber/AP hide caption

For Some Muslim Asylum-Seekers In Germany, Christianity Beckons

November 9, 2015 • Some Muslim migrants from Afghanistan and Iran are converting to Christianity in Germany. Skeptics claim it is a ploy to gain asylum.

For Some Muslim Asylum-Seekers In Germany, Christianity Beckons

November 3, 2015 • German Chancellor Angela Merkel is finding herself increasingly at odds with her supposed political allies over her open-door policy for refugees. 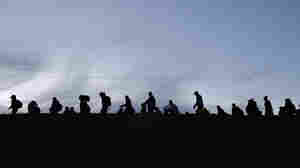 German police guide a group of migrants after they crossed the border between Austria and Germany near Passau, Germany, on Wednesday. The massive influx of migrants this year has stirred debate about Europe's open borders policy. Kerstin Joensson/AP hide caption

October 28, 2015 • The arrival of hundreds of thousands of migrants sparks calls in Germany and elsewhere to end the open border policy that exists among many European countries.

October 9, 2015 • Germany is rejecting more asylum claims from migrants who fail to prove they are true refugees. But stepping up deportations has not discouraged migrants from making the perilous journey.

September 23, 2015 • For the second night in a row, European Union leaders approved plans aimed at controlling the influx of migrants after previously being deeply divided over a solution.