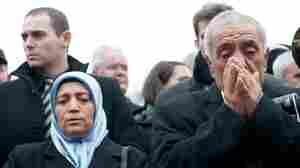 Ismail Yozgat (right) and Ayse Yozgat pray at a memorial event on the seventh anniversary of the murder of their son Halit in Kassel, Germany. Uwe Zucchi/AP hide caption

May 6, 2013 • Germany's biggest terrorism trial in decades began Monday. The case centers on a 38-year-old woman who is the surviving member of a right-wing extremist group called the National Socialist Underground. The group is accused of killing 10 people, most of them of Turkish descent. 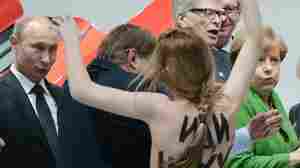 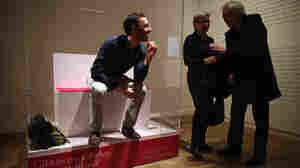 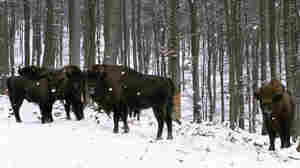 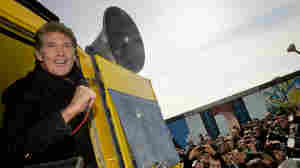 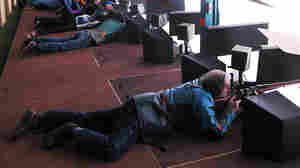 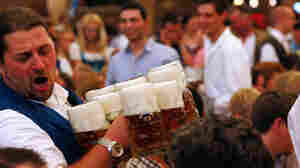 February 27, 2013 • Despite Germany's long association with beer, it looks like its citizens are imbibing less of their celebrated beverage now than they did a generation ago. Some cite the economy as a factor; others, the rise of health consciousness.

February 25, 2013 • For decades after the devastation of World War Two, Germany recoiled from any prospect of military engagement. Now the country is under pressure to get involved in foreign military conflicts as the U.S. cuts back its role as the world's policeman. Germany's growing military role is now being debated in government and academic circles.

February 14, 2013 • Toward the end of World War II, allied forces bombed the lightly defended city of Dresden, creating a firestorm that destroyed it and killed tens of thousands of people. The attack was designed to destroy German morale and hasten the end of the war. These days, neo-Nazis are using the anniversary to march and stir up nationalistic sentiment in a bid to boost their political and popular clout.

January 27, 2013 • After two devastating world wars, Germans recoiled from any prospect of military intervention. But today, German troops are posted in Afghanistan and engage in combat. This week, German lawmakers are expected to extend their country's military's mission in Afghanistan for 13 more months.

January 25, 2013 • Amid conflict in West Africa, come threats to Westerners in the eastern Libyan city of Benghazi. British, German and Dutch citizens have been urged to leave Benghazi. It's been the focus of partisan controversy in the U.S. as Congress tries to determine what caused the September attack on the U.S. diplomatic mission there that killed four Americans, including the ambassador to Libya.