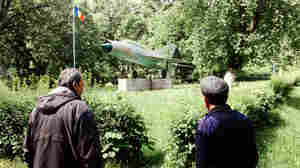 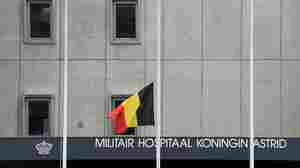 March 23, 2016 • Authorities are still searching for a suspect involved in Tuesday's airport bombing. The federal prosecutor says more is known about the bombers who killed at least 31 and wounded hundreds.

March 23, 2016 • Police in Belgium are searching for a man they believe is connected to Tuesday's back-to-back bombings in the airport and at a subway station in Brussels. More than 30 people are dead and at least 200 wounded after explosions struck the city during the morning rush hour. 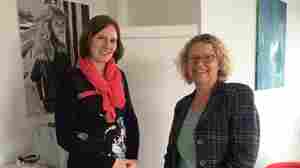 March 18, 2016 • Aerospace engineer Claudia Kessler is searching for Germany's first female astronaut. The country's previous 11 astronauts were all men, which she says highlights German sexism in the sciences.

March 12, 2016 • The rise in hostile rhetoric against migrants in Germany is being linked to the country's new populist political party. The Alternative for Germany is expected to win pivotal elections on Sunday.

March 8, 2016 • Turkey's prime minister surprised European Union leaders at a summit in Brussels by linking progress in Turkey's application to join the EU to assisting Europe with the migrant crisis.