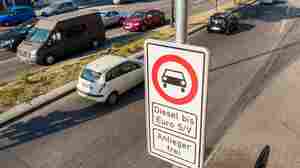 Could A Diesel Ban In Hamburg, Germany, Cause More Pollution? Some Residents Worry

May 31, 2018 • The partial ban went into effect Thursday. Many Germans question whether the ban is an environmental milestone or a political shell game that could end up creating more pollution.

Could A Diesel Ban In Hamburg, Germany, Cause More Pollution? Some Residents Worry

May 24, 2018 • The European Union's new data protection law is intended to strengthen privacy rights and stop abuses by social media giants. But the law also forbids people from posting anyone's picture online without their permission — and that includes tourist vacation photos.

May 15, 2018 • Foreign Ministers from the U.K., France and Germany, as well as the European Union's foreign policy chief, are meeting Iran's Foreign Minister in Brussels Tuesday to discuss ways to preserve the Iran nuclear deal despite threatened U.S. sanctions. 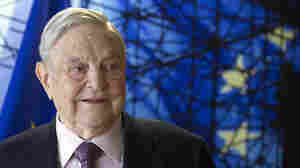 George Soros, founder and chairman of the Open Society Foundations, before the start of a meeting at EU headquarters in Brussels in 2017. Olivier Hoslet/AP hide caption

May 15, 2018 • The Open Society Foundations, which promotes democracy and transparency, says it will exit Hungary amid an escalating dispute between Soros and the country's right-wing government. 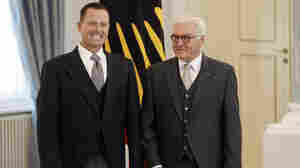 May 9, 2018 • In his defense, Richard Grenell said his tweet instructing German companies to "wind down operations immediately" in Iran was just following "White House talking points."

May 9, 2018 • Going against advice from European allies, President Trump has pulled out of the Iran deal and says he will reimpose economic sanctions. Now European leaders are reacting. 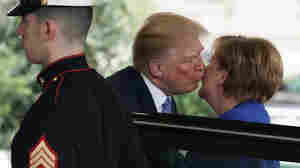 April 28, 2018 • Handshakes and cheek kisses from the U.S. president surprised onlookers, but they were the only unanticipated events to happen during Friday's two-hour talk between the world leaders.

April 25, 2018 • Following an attack on two Jewish men in Berlin, one Jewish leader in Germany is calling on men to not wear skullcaps in big cities there to avoid making them targets of violence. 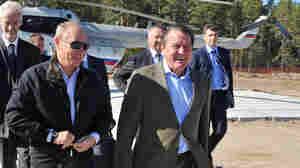 April 18, 2018 • Gerhard Schroeder went from chancellor of Germany to chairman of key Russian energy corporations. But many Germans are in no mood for more sanctions against Kremlin interests.

April 13, 2018 • Hamburg soon will become the first city in Germany to ban most diesel vehicles from driving on several key streets in an effort to cut down on air pollution. 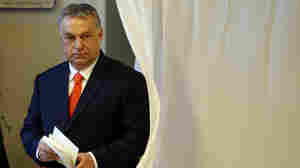 April 8, 2018 • Orbán, 54, handily secured his third consecutive term on an anti-migration platform in an election with a record-high turnout. His right-wing Fidesz party is poised to regain majority in parliament.

Hungarians Turn Out To Vote In Parliamentary Elections

April 8, 2018 • Some election observers say it may be mail-in ballots from new citizens who live outside Hungary that decide whether incumbent Prime Minister Viktor Orban and his Fidesz party win Sunday's election.

Hungarians Turn Out To Vote In Parliamentary Elections 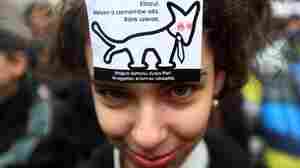 A protestor wearing a sticker reading "Relax, look deep into my eyes and vote us" takes part in a march by the Hungarian satirical Two-Tailed Dog Party in Budapest on March 15. Ferenc Isza/AFP/Getty Images hide caption

April 7, 2018 • Candidates dress up as a chicken, a gorilla and Santa Claus. The satirical party uses humor to defuse fears stirred up by Hungary's nationalistic government. They promise free beer and eternal life.

April 6, 2018 • Hungary's right-wing nationalist Prime Minister Viktor Orban could be heading to a third term after elections on Sunday, unless the fractured opposition can unite against him.

April 3, 2018 • Prime Minister Viktor Orban is expected to win in his country's elections this month. But critics say his success comes from his having adopted similar policies to the far right.