Vikki Valentine is a senior supervising editor on NPR's science desk. She oversees the network's global health and development coverage across broadcast and digital platforms. Previously, Valentine was the network's climate change, energy, and environment editor and in this role was a recipient of a 2012 DuPont Award for coverage of natural gas drilling in Pennsylvania.

Valentine led a team that won a 2014 Peabody for its on-the-ground coverage of the largest Ebola outbreak in history: an epidemic in West Africa that spread to nearly 30,000 people. That coverage was also recognized by the Edward R. Murrow awards, a Pictures of the Year International's Award of Excellence, and by the Online News Association.

Valentine won the 2009 National Academies Communication Award for the year-long multimedia project "Climate Connections." The series was also recognized by the 2008 National Academy of Sciences award, the Metcalf award for environmental journalism, the White House News Photographers Association awards, and the Webbys.

Prior to NPR, Valentine worked as a daily science news editor at Discovery.com and as a features editor and reporter at The Baltimore Sun. Her writing has also been published by The New York Times, National Geographic, Smithsonian Channel, Marketplace, Science Magazine, and Washingtonian Magazine.

Valentine received a master's from University College London's Wellcome Trust Centre for the History of Medicine. Her bachelor's is from the University of Maryland Baltimore County. 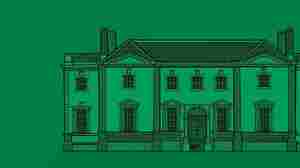 What's Hidden Beneath The Manor House? 'The Warlow Experiment'

August 19, 2019 • What happens when one person controls the fate of many? Ghastly experiments like the one Alix Nathan lays out in her new novel, about a country gentleman who aspires to scientific prominence. 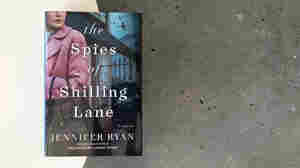 June 9, 2019 • How far would you go to get away from your overbearing mother? In Jennifer Ryan's novel, a young woman braves the London Blitz to avoid her mom — who hops a train and comes looking for her. 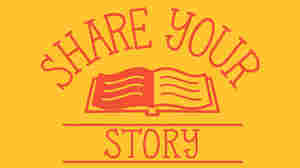 NPR's Morning Edition is looking to speak with people who are anticipating difficult conversations with their families on Thanksgiving. Katherine Du/NPR hide caption

Share Your Story: What Issues Will Your Family Debate This Thanksgiving?

November 9, 2018 • What issues do you expect your family to debate this Thanksgiving? And what's your strategy for confronting difficult topics? Tell us your story and you may be featured on Morning Edition. 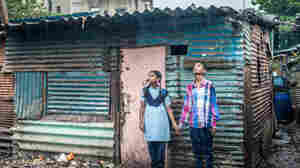 Aniket Sathe, 15, is in a program that's trying to persuade India's boys to treat girls as their equals. Here he's pictured with his younger sister, Aarati, 12, waiting for the rain to stop before walking her to school. Poulomi Basu / VII Photo/for NPR hide caption

Why This Boy Started Helping His Sister With Chores: #15Girls

December 13, 2015 • All his life, Aniket Sathe has been taught that men rule the world. He lives in India, one of the worst countries for women. Now a new class is changing his attitude.

Why This Boy Started Helping His Sister With Chores: #15Girls 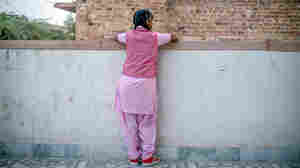 Nimmu, 15, on the terrace of the Veerni Institute. To stay in school, she needs to pass a national test this March. The problem: "I'm not a great student," she says. Because child marriage is illegal in India, we can't use her full name. Poulomi Basu/VII Photo hide caption

October 26, 2015 • Nimmu attends the Veerni boarding school in Jodhpur, India. The grade she gets on a national exam this year will decide her future. 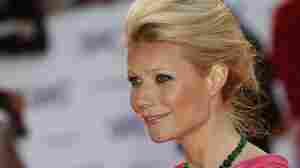 Some of the best bones in the business. Lefteris Pitarakis/AP hide caption

Gwyneth Paltrow, NPR Has Some News For You And Your Bones

August 19, 2010 • The actress recently revealed she has osteopenia. Well, Gwyneth and fans of Gwyneth, we have something important to tell you about this so-called disease.

November 6, 2008 • Pop Goes the Weasel. Not just a silly song about a monkey chasing a weasel, apparently. Some claim it's Cockney rhyming slang for pawning your coat. Coat rhymes with stoat, weasel another word for stoat.

Q&A: The Best Kind of Play for Kids

February 27, 2008 • Organizing play for kids has never seemed like more work. But researchers Adele Diamond and Deborah Leong have good news: The best kind of play costs nothing and really only has one main requirement — imagination. Here, they answer your questions about play.

Vioxx: The Downfall of a Drug

November 10, 2007 • Five years after Vioxx's launch in 1999, Merck withdrew the drug from the market. By that time, Merck had sold billions of dollars worth of the painkiller worldwide.

June 1, 2007 • Tuberculosis is an ancient disease, with afflictions recorded as far back as Egypt's pharaohs. Despite effective antibiotic treatments, TB very much remains a pressing global health issue.

From Canaries to Rocks: A Hardy Pet Is a Good Pet

May 16, 2007 • Affectionate and relatively indestructible – those historically have been key qualities of a good starter pet. Katherine Grier, author of Pets in America, talks about pets of choice over the decades, good and bad.

May 9, 2007 • Labels on foods containing the main causes of allergic reactions – milk, peanuts, shellfish – have made supermarket aisles safer for the 12 millions of Americans with food allergies. But labels still contain potential pitfalls. Here, tips for what to watch out for.

April 5, 2007 • The Earth is warming and humans are the cause. That's the conclusion of the first installment of the United Nations' Intergovernmental Panel on Climate Change 2007 report. A look at the report's key findings.

March 7, 2007 • The American Cancer Society recommends that some women over 30 may only need a Pap smear every three years. A look at what's behind the change, and current recommendations on a vaccine that prevents cervical cancer.