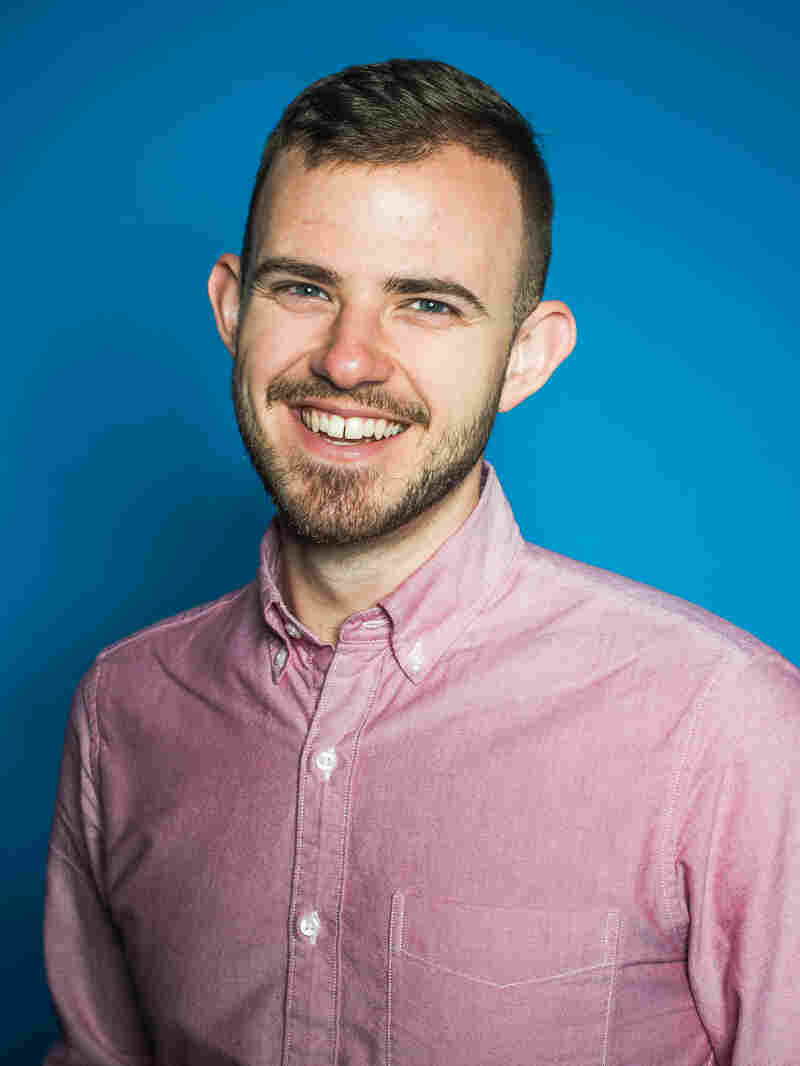 Associate Editor, It's Been a Minute with Sam Sanders

Alexander McCall is an associate editor on It's Been a Minute with Sam Sanders, where he edits long-form interviews and books guests such as Kathy Griffin, explores topics ranging from Area 51 to the ubiquity of athleisure, and contributes to the show's enterprise reporting on topics such as art in the age of Instagram and drag culture.

McCall, who first came to NPR as the social media desk intern in the summer of 2014, was previously a producer in NPR's programming division, where he produced episodes of podcasts such as Pop Culture Happy Hour, led an overhaul of NPR's daily news headlines email newsletter, piloted a show about the millennial coming-of-age experience, developed social and digital media strategy for a range of new shows, and provided additional production support to NPR's Weekend Edition.

Prior to joining NPR, McCall was a news reporter and producer at NPR and PBS station WFIU/WTIU in Bloomington, Ind. He has also produced for Charlotte, N.C.-area public radio stations WFAE and WDAV. He graduated from Appalachian State University in 2014 with a bachelor's degree in journalism. 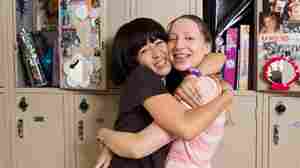 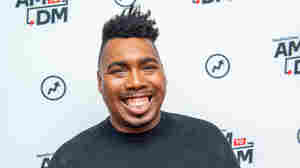 NEW YORK, NEW YORK - : Former "AM to DM" host Saeed Jones discusses "How We Fight for Our Lives: A Memoir" with BuzzFeed's "AM To DM." Roy Rochlin/Getty Images hide caption

May 19, 2020 • Sam revisits his 2019 conversation with poet and writer Saeed Jones. Saeed discusses his memoir, How We Fight For Our Lives, a vulnerable exploration of his coming of age as black and gay in suburban Texas. The former BuzzFeed editor sat down with Sam to give a glimpse of the stories behind his book, including those of his mother and grandmother, and one where he faced violence during a sexual encounter with another man. This episode contains graphic discussion of sex, sexuality and abuse. 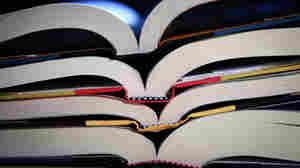 December 27, 2019 • On this special episode, Sam Sanders revisits his 2019 conversations with two writers whose books he loved: Candice Carty-Williams, author of 'Queenie,' and Angie Thomas, author of the books, 'On The Come Up' and 'The Hate U Give.' Candice Carty-Williams' 'Queenie' has been called "the black 'Bridget Jones' Diary" and centers around a 25-year-old woman going through the awkwardness of breakups, love and life. Angie Thomas's 'On The Come Up' chronicles the story of a young girl who wants to be a rapper and whose song goes viral in an unexpected way. 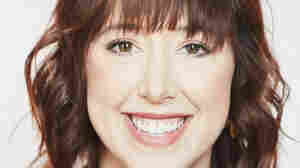 December 10, 2019 • In the aftermath of the 2016 presidential election, writer Lyz Lenz watched a discussion unfold about Midwestern voters, their political views and their religious beliefs. Then, her politically divided marriage ended when she learned she and her husband had voted for different presidential candidates. She found herself questioning the impact of faith on politics in middle America. Lenz's book, ' God Land: A Story of Faith, Loss, and Renewal in Middle America,' explores exactly that: the conversations taking place in churches in the Midwest and their impact on Americans' values. Lenz and Sam Sanders spoke about questioning her faith, how religious institutions shape our personal views and whether Americans can bridge their political and religious divides. 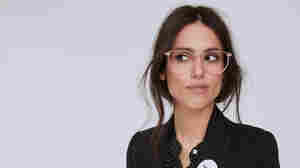 December 3, 2019 • Writer Liz Plank is worried about men. She's not just concerned about toxic masculinity — though she hates that phrase. She's worried our politics and cultural conversation about men is actually leaving them behind. Plank spoke to Sam about her new book, 'For The Love Of Men: A New Vision For Mindful Masculinity,' which offers a blueprint for men to examine themselves and how they think about gender. 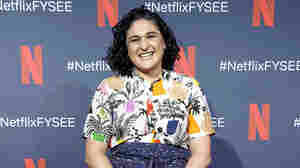 November 29, 2019 • In this special episode, Sam Sanders and Dan Pashman of 'The Sporkful' question food media's never-ending effort to make Thanksgiving new each year, and discuss how to make the holiday less stressful and more enjoyable. Then, an encore presentation of Sam's interview with 'Salt, Fat, Acid, Heat' writer and cook Samin Nosrat. She talks about her philosophy as a chef, how she's handling fame and how she feels about the state of the food world. 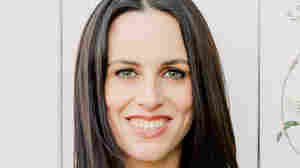 November 19, 2019 • Journalist Alicia Menendez has noticed a problem: in the workplace, and in many aspects of their lives, women are forced into becoming inauthentic versions of themselves in order to be likeable. Her new book, 'The Likeability Trap: How To Break Free And Succeed As You Are,' examines how to avoid these traps. Menendez and guest host Elise Hu talked about creating more fulfilling personal relationships and a better workplace and how likeability plays into politics. 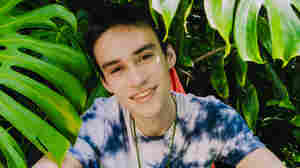 Jacob Collier On Making Everyday Sounds Into Songs, And His Four-Album Project

November 12, 2019 • English composer, singer, producer and multi-instrumentalist Jacob Collier first gained attention on YouTube in 2012, and since then he's signed to Quincy Jones' record label, won two Grammys and released three albums. The 25-year-old's music is a mix of jazz, neo-soul and funk. He and Sam Sanders talked about his upcoming work, his four-album project, 'Djesse' and using everyday sounds to make songs.

Jacob Collier On Making Everyday Sounds Into Songs, And His Four-Album Project 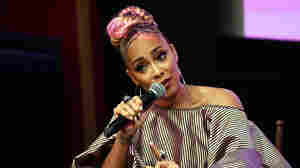 November 5, 2019 • Amanda Seales is perhaps best known for her role as Tiffany in HBO's 'Insecure,' but the actress and stand-up comedian has been busy the last few years. She hosts the comedy game show, 'Smart, Funny, And Black,' and her first stand-up special, 'I Be Knowin'' came to HBO earlier this year. Now Seales is out with a book, 'Small Doses: Potent Truths for Everyday Use,' full of life advice. Seales and Sam Sanders talked about the success of 'Insecure,' what it means for black shows on TV and who her comedy is for. 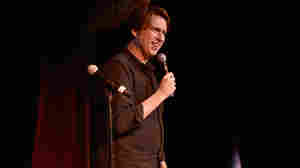 October 29, 2019 • Comedian and actor Pete Holmes played a fictional version of himself in the HBO show 'Crashing,' where the stand-up comic finds himself homeless after his wife cheats on him. In real life, Holmes found himself rediscovering his faith after his divorce from his first wife — and that's the topic he explores in his book, 'Comedy Sex God.' Holmes and Sam Sanders talked about his faith journey, what it means to believe in a higher power and how it's shaped Holmes' life. 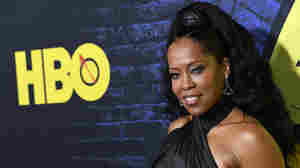 October 22, 2019 • Actress Regina King has been on-screen for more than three decades, working in films and TV shows such as '227' and 'American Crime.' But winning several high-profile awards has rocketed her career to new heights. She has also stepped into the role of director and vowed to produce projects with 50 percent women. She now stars in the new HBO series 'Watchmen,' which is inspired by the graphic novel of the same name. The show deals heavily with issues of race and policing, which has also been a theme across King's other projects. 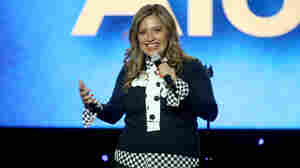 October 15, 2019 • You might have seen Cristela Alonzo in her Netflix stand-up special or on her ABC sitcom, 'Cristela.' Now she's out with a book all about music's role in her life called 'Music to My Years: A Mixtape Memoir of Growing Up and Standing Up.' In it she talks about her life as a first generation Mexican-American and how she found her way to stand-up comedy. She sat down with Sam Sanders to talk about her love of music and 'The Golden Girls,' growing up poor and making her sitcom, which was canceled after one season. 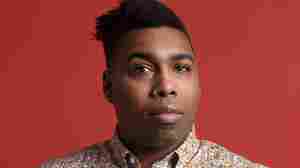 October 8, 2019 • In his memoir, 'How We Fight For Our Lives,' poet and writer Saeed Jones gets vulnerable as he details his coming of age as black and gay in suburban Texas. The former BuzzFeed editor sat down with Sam Sanders to give a glimpse of the stories behind his book, including those of his mother and grandmother, and one where he faced violence during a sexual encounter with another man. 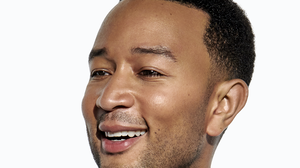 October 1, 2019 • John Legend seems to be one of the busiest people in the entertainment business. Apart from making music, in the past few years he has been all over TV, starring in NBC's live 'Jesus Christ Superstar' broadcast and producing multiple shows, including a new hip-hop competition show for Netflix. On top of it all, Legend remains engaged in political conversations and philanthropic causes. He sat down with Sam Sanders to talk about balancing it all and where his career has taken him. This episode includes language some listeners may find offensive.