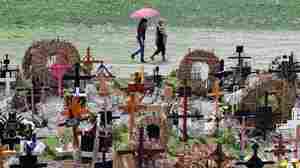 In Houston, Preparing For A Hurricane During A Pandemic

July 26, 2020 • NPR's Michel Martin speaks with Nickea Bradley, Houston's deputy director for emergency management, about the challenges of preparing for hurricane season amid the coronavirus pandemic.

In Houston, Preparing For A Hurricane During A Pandemic 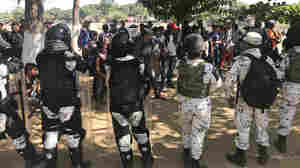 Mexico's National Guard prevents migrants who walked across the river from making their way farther into Mexico. James Fredrick for NPR hide caption

January 22, 2020 • After Mexican officials fought to stop a migrant caravan from entering, Saury Vallecilla Ortega was temporarily separated from her youngest child and feared for the worst.

January 21, 2020 • Migrants trying to make it from Central America to the U.S. were blocked by Mexican troops. Mexico promised the Trump administrator it would try to keep migrants away from the U.S. Southern border. 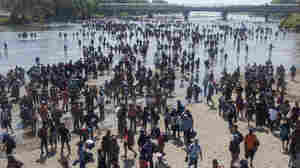 January 20, 2020 • After closing a bridge linking Guatemala with Mexico, a caravan of Central American migrants waded across a river connecting the countries but their journey is being stopped by Mexican troops.

January 20, 2020 • A new migrant caravan from Central America is testing Mexico's resolve to satisfy U.S. demands to stem migration. The migrants say they will stage a hunger strike if not allowed to cross the border.

January 18, 2020 • Thousands of migrants from Central America are fleeing their countries and heading north. Hundreds have already arrived at Mexico's southern border.

November 27, 2019 • President Trump says he's going to designate Mexican drug cartels as terrorists. Mexico is alarmed, saying this could violate their national sovereignty and complicate relations between the neighbors. 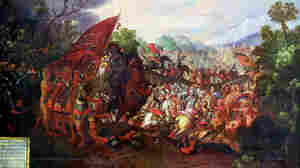 An artistic rendering of the retreat of Hernán Cortés from Tenochtitlán, the Aztec capital, in 1520. The Spanish conquistador led an expedition to present-day Mexico, landing in 1519. Although the Spanish forces numbered some 500 men, they managed to capture Aztec Emperor Montezuma II. The city later revolted, forcing Cortés and his men to retreat. Ann Ronan Pictures/Print Collector/Getty Images hide caption

November 10, 2019 • The meeting of Aztec Emperor Montezuma II and Hernán Cortés and the events that followed weigh heavily in Mexico half a millennium later.

July 20, 2019 • A new Trump administration rule says people seeking asylum must have already applied and been rejected in another country. Most are from Central America, but some are coming from Africa and elsewhere.

Poll: Mexicans Favor Deporting Migrants Back To Their Home Countries

July 18, 2019 • More than 60 percent of Mexicans believe migrants are a burden and that they take away jobs and benefits, according to a recent poll. A majority supports deporting them.

Poll: Mexicans Favor Deporting Migrants Back To Their Home Countries

July 13, 2019 • Mexico says it has deployed thousands of National Guard forces along its northern border with the U.S. and 6,000 along the southern border with Guatemala. It says they are there to stop migrants. 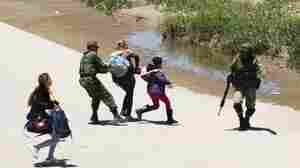 Mexico Moves Forward With Increased Enforcement At Border With Guatemala

July 10, 2019 • Mexico has pledged to step up enforcement of its border with Guatemala in order to avoid a 5 percent tariff on all imported goods by the Trump administration. The measure appears to be working.

Mexico Moves Forward With Increased Enforcement At Border With Guatemala